Hope you had a wonderful weekend! We had a pretty relaxing one - full of football, friends and some pretty good food. Just the way a Fall weekend should be :)

At some point in the last month, we stopped counting how many weeks old Easton was and just referred to his age as "five months" or "five and a half months". I noticed that not counting the weeks made my weekly updates a little less frequent, so I apologize about that! 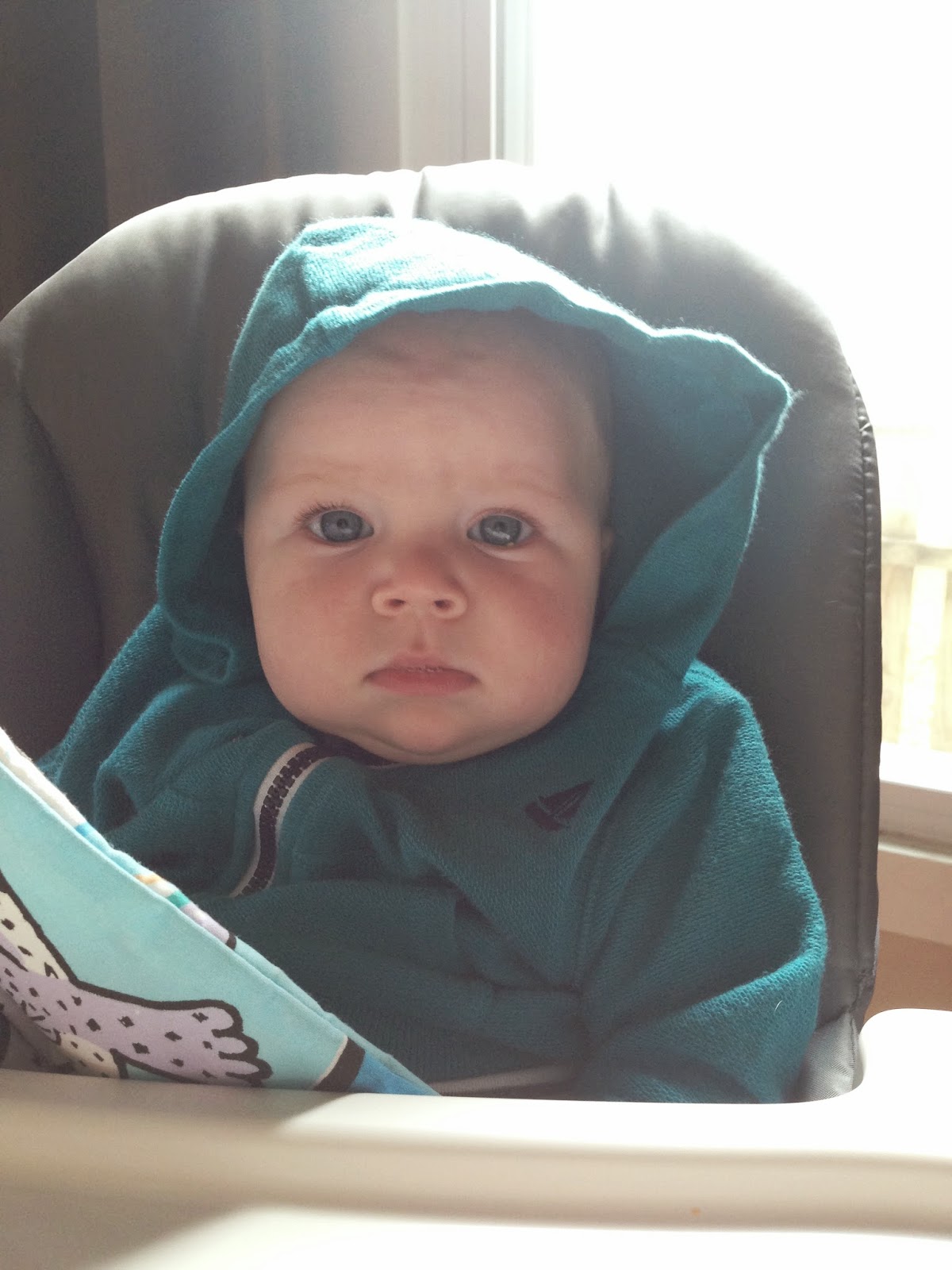 We are all doing well! The weather has been pretty darn amazing the last few weeks - including some chillier days that required baby E to don a hoodie.

He has a new favorite toy - his doorway jumper. I highly recommend purchasing one for anyone with a new baby. This thing was less than $20 and has provided hours of entertainment. I like to put him in it while I fold laundry on the bed or eat lunch at the table. He gets a huge kick out of it! You can also see from the pictures that he learned how to stick his tongue out....and he now sticks it out all. the. time! 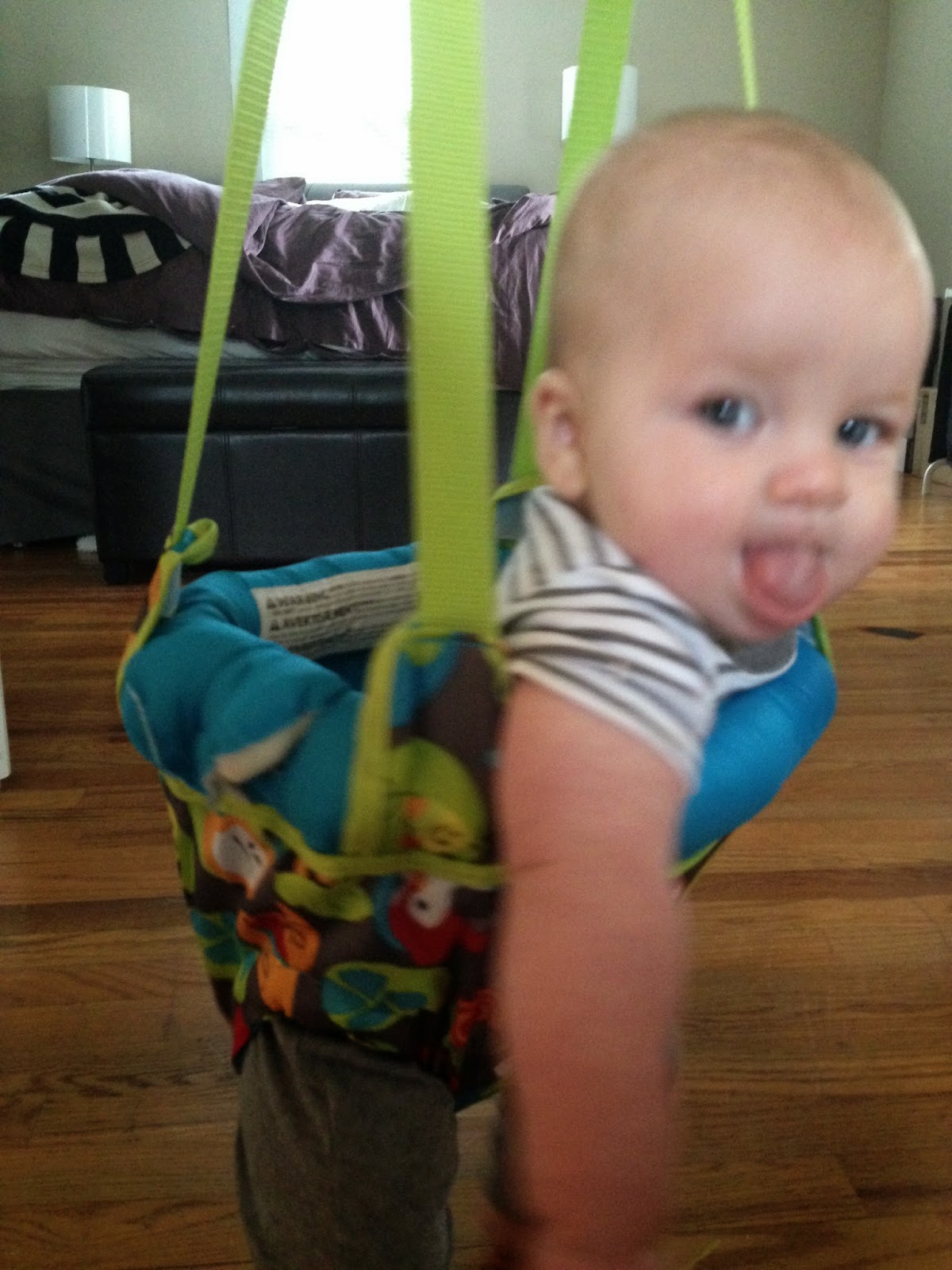 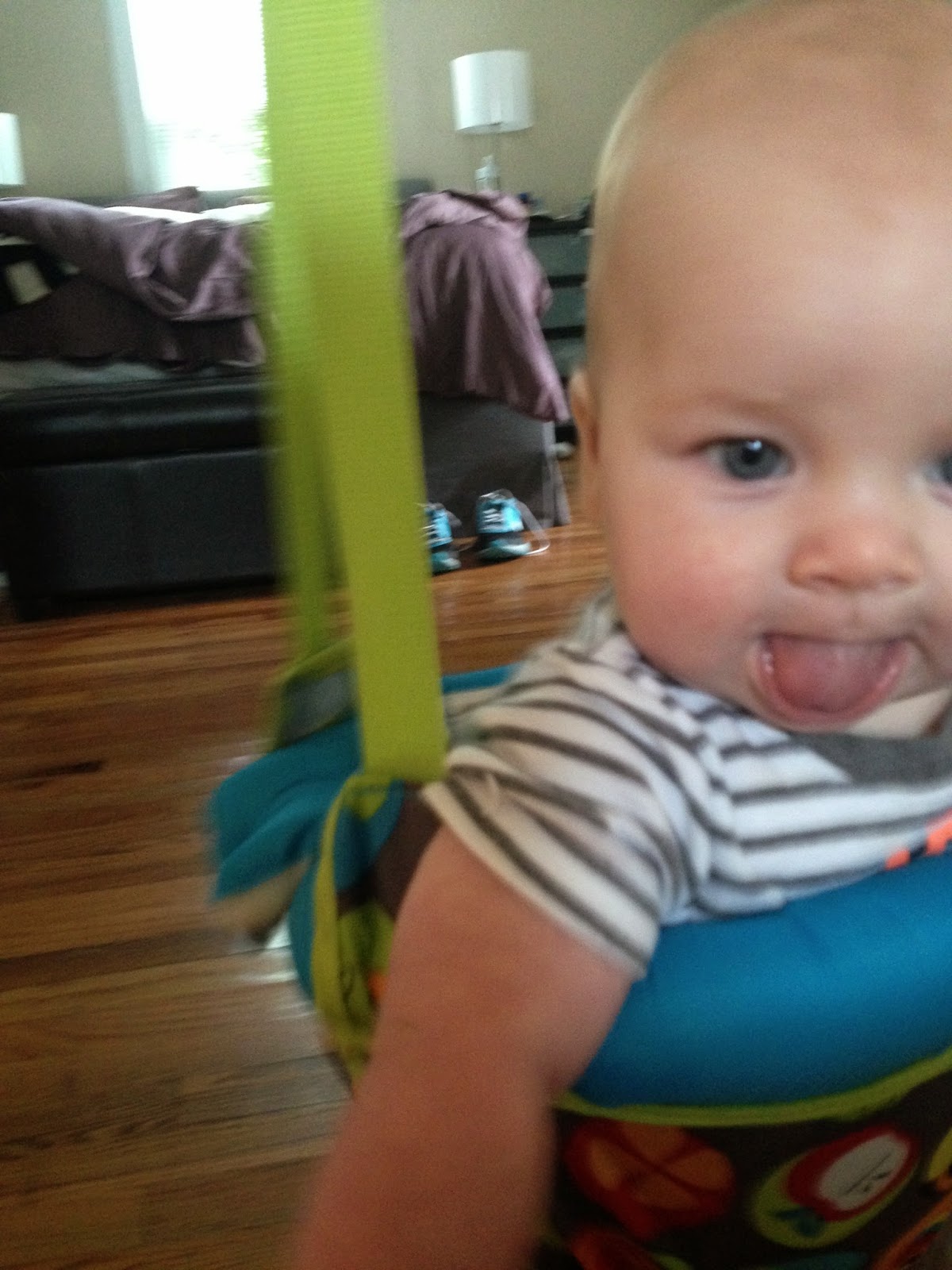 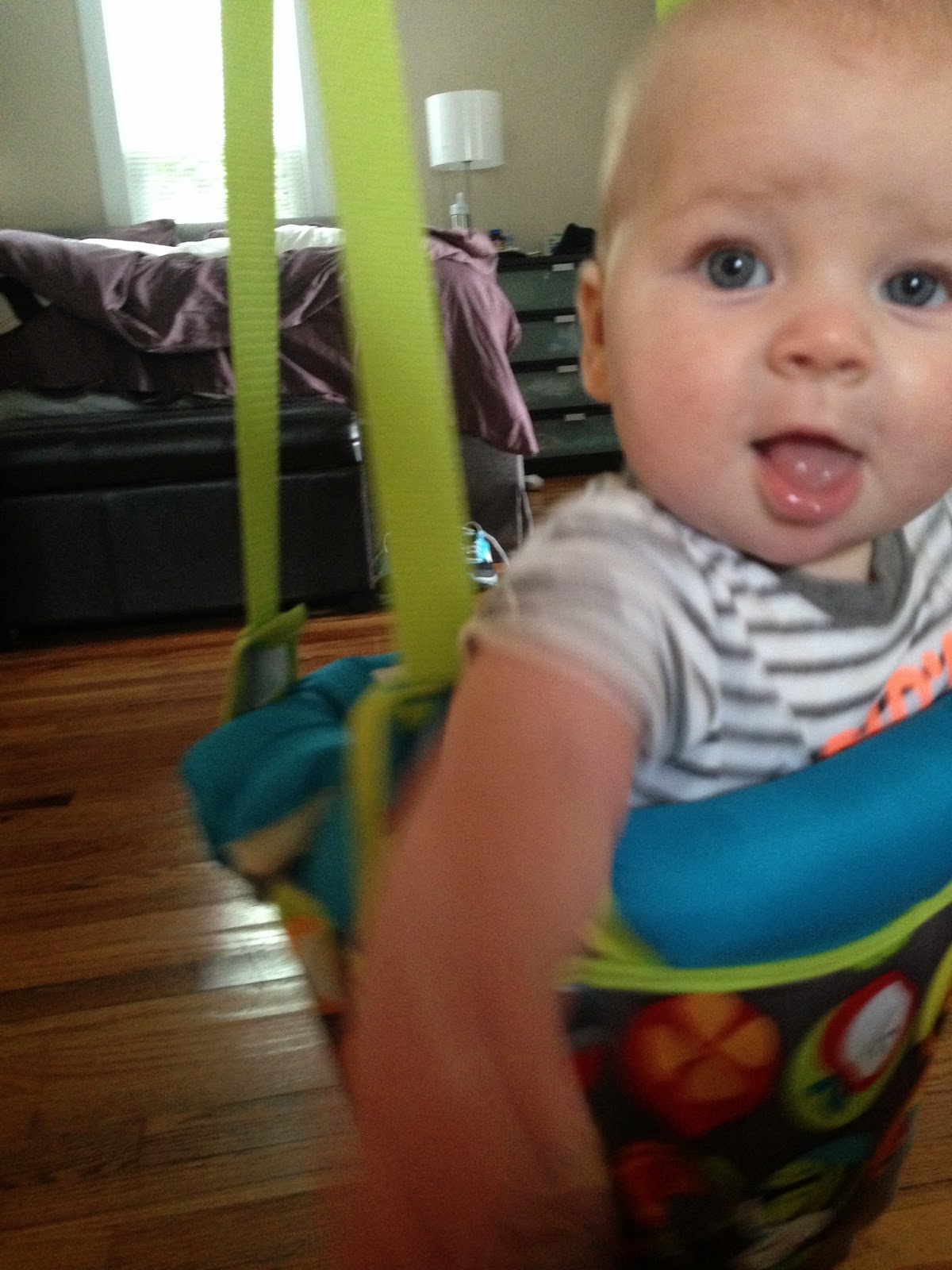 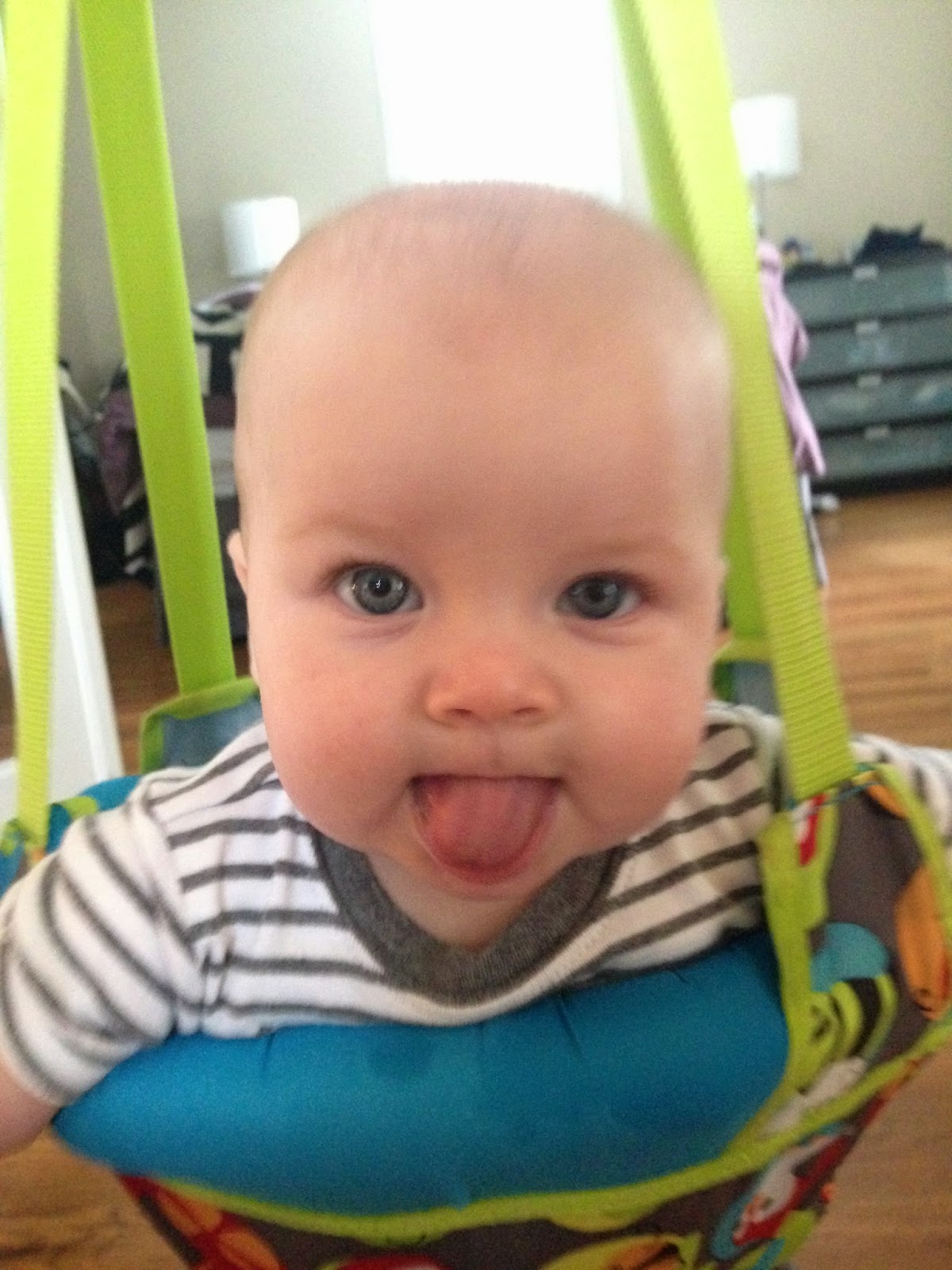 Easton attended his first Titan's football game last weekend! We went to the Cowboys game with Branch's parents and even though Easton and I were only there for the first half (the sun was beaming down on the seats and I didn't want my fair skinned baby to get burned) we had a great time! Unfortunately the only pictures we took to document the event were on the shuttle bus to and from the stadium! Whoops! 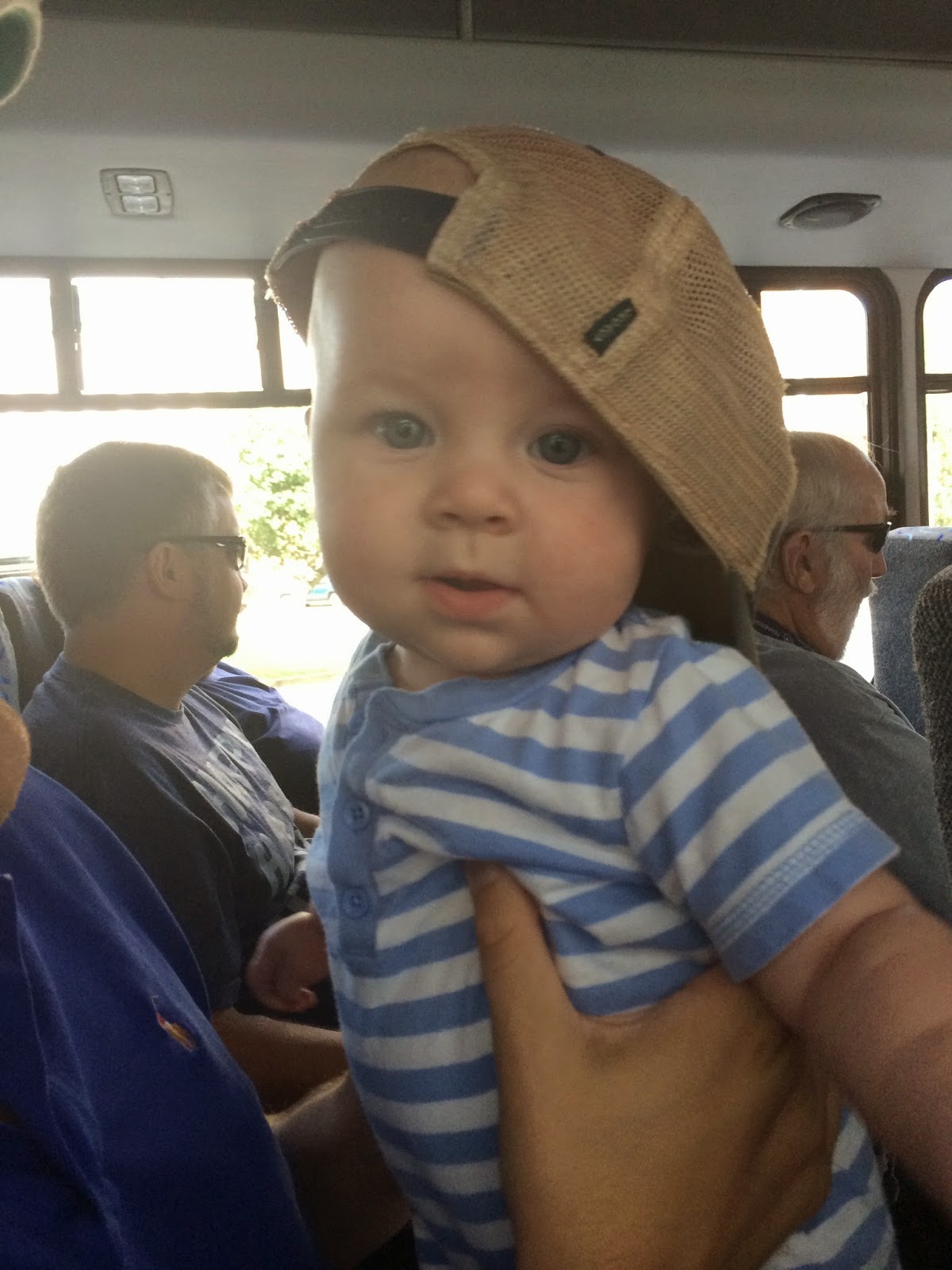 Someday he'll grow into that hat ;) 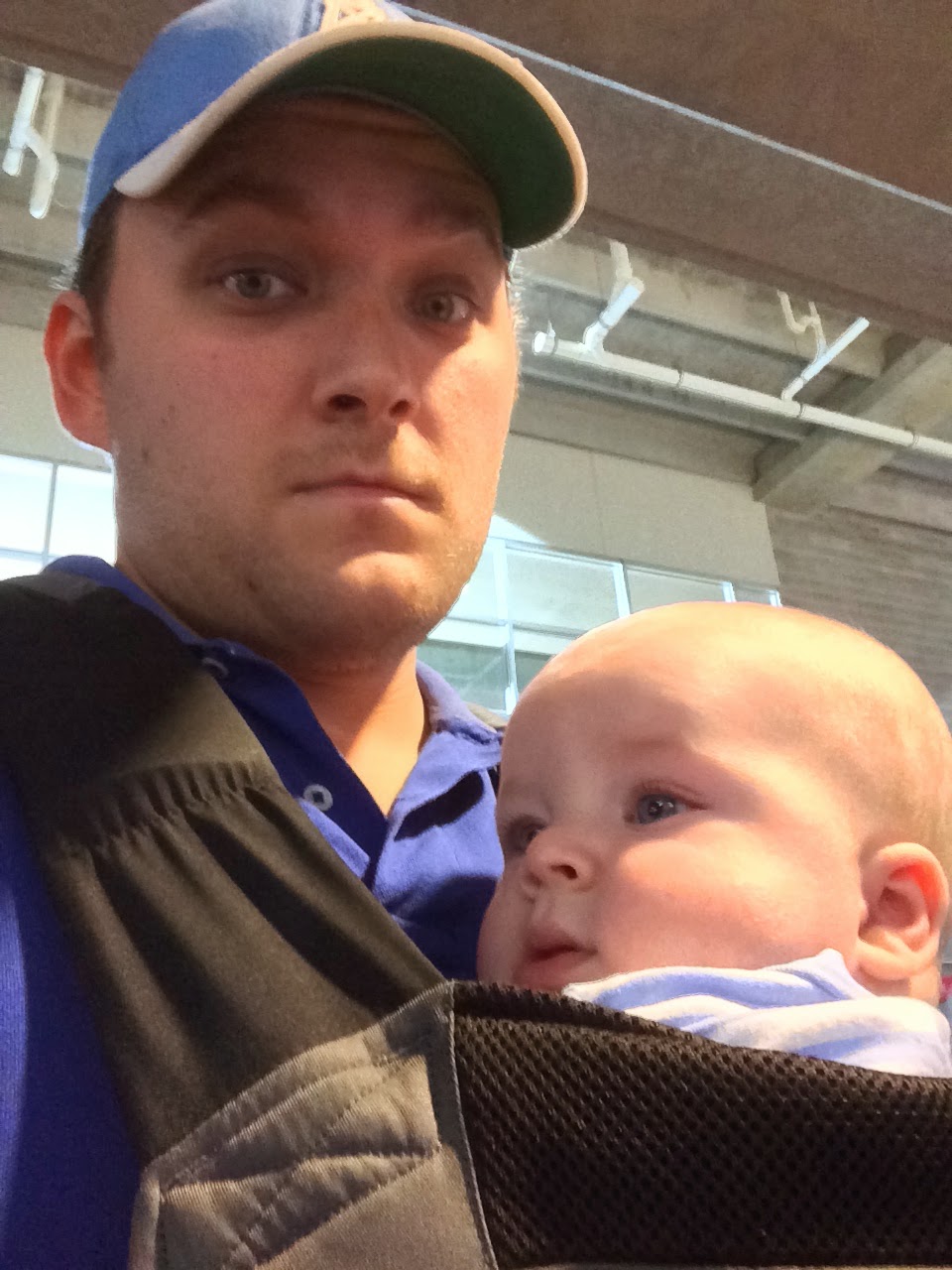 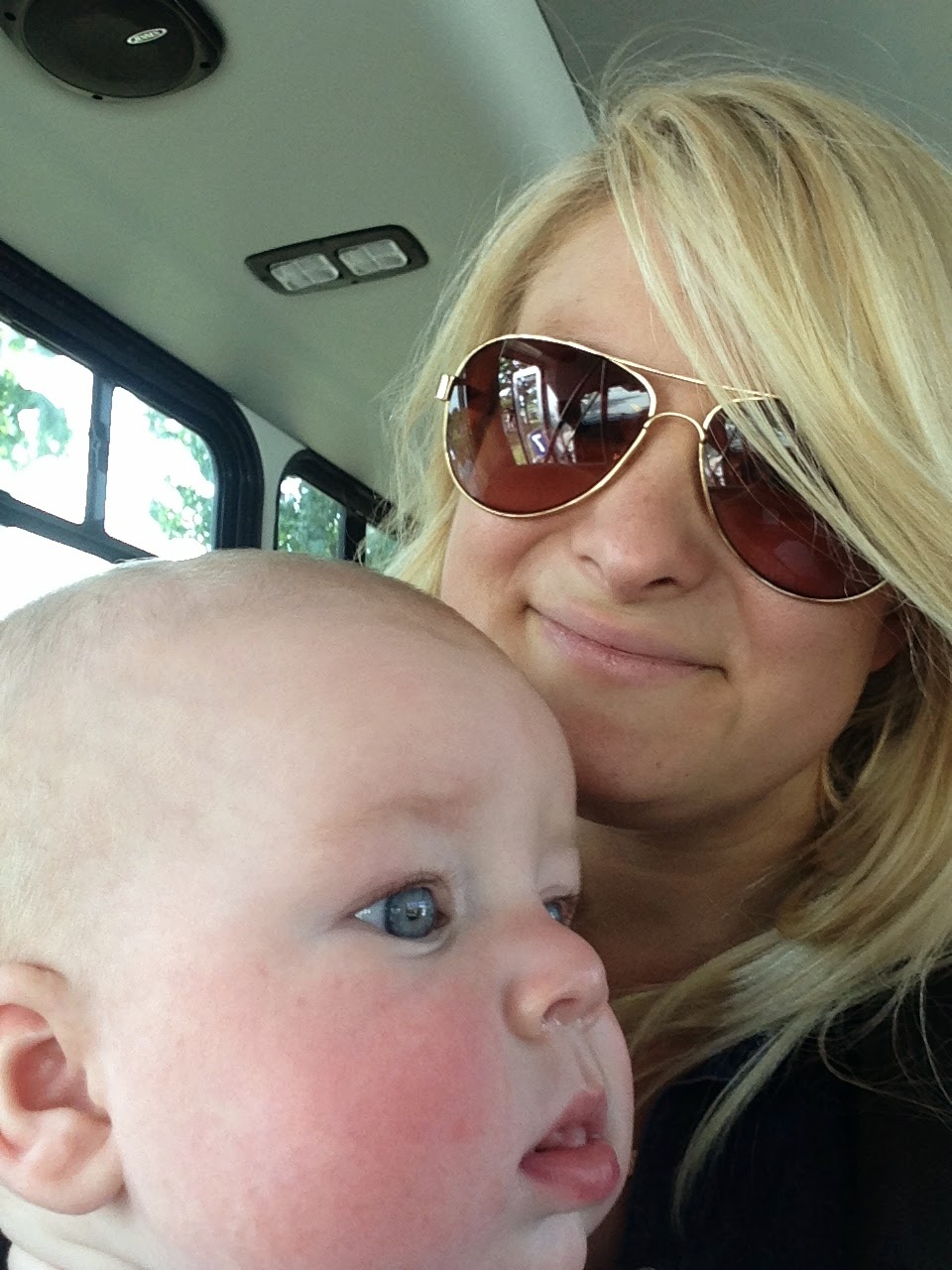 Our friend Steven and Easton's Godmother Blair stopped by after the game to catch up and get some baby time in! 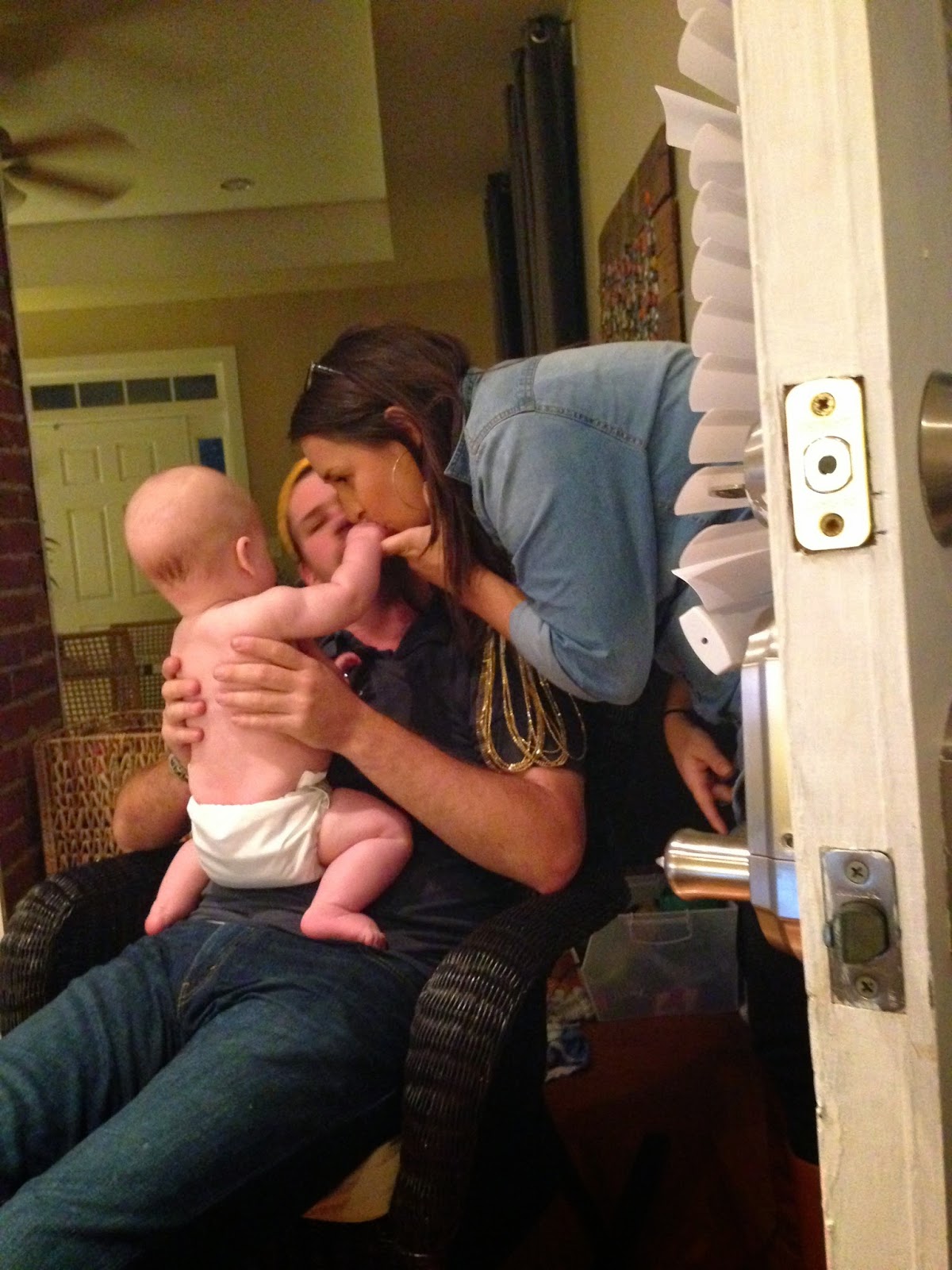 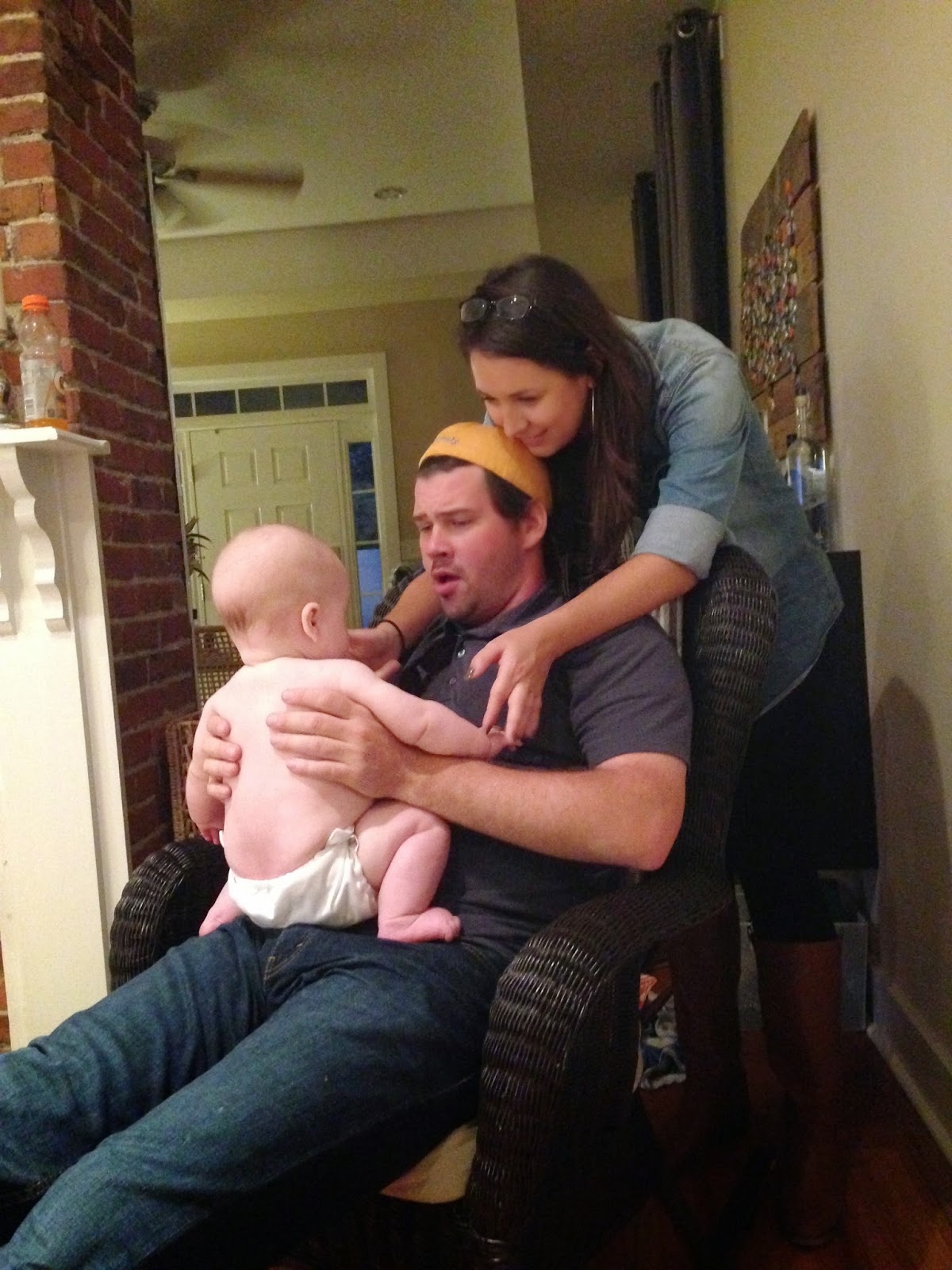 Aren't these two the cutest!?

Easton is doing really well with solid foods. He's currently eating sweet potatoes, carrots, squash, zucchini and avocado. One afternoon, the avocado was a little less ripe than it should have been and he just didn't want to eat it. I decided to turn the bowl over and let him play with it instead! 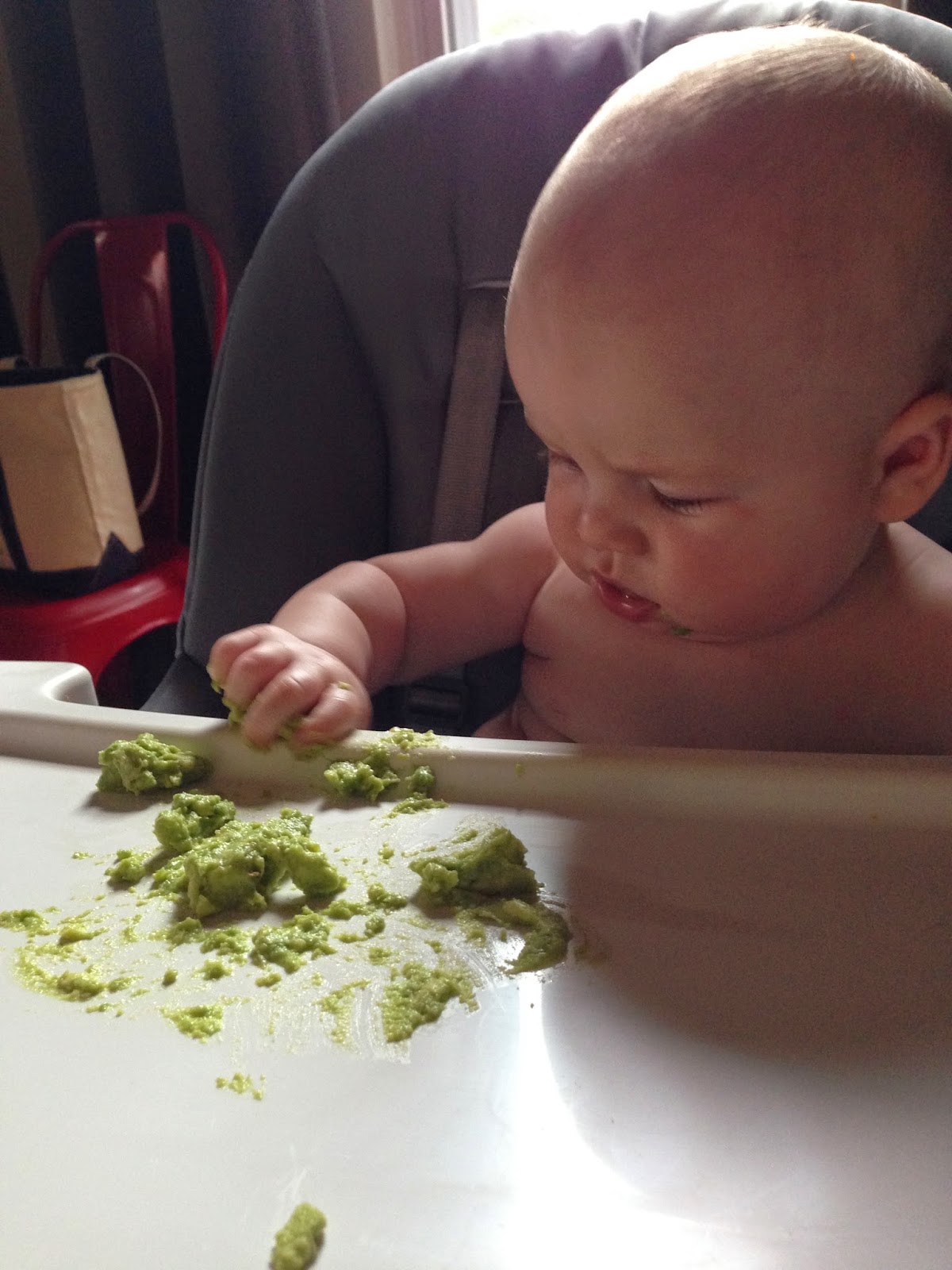 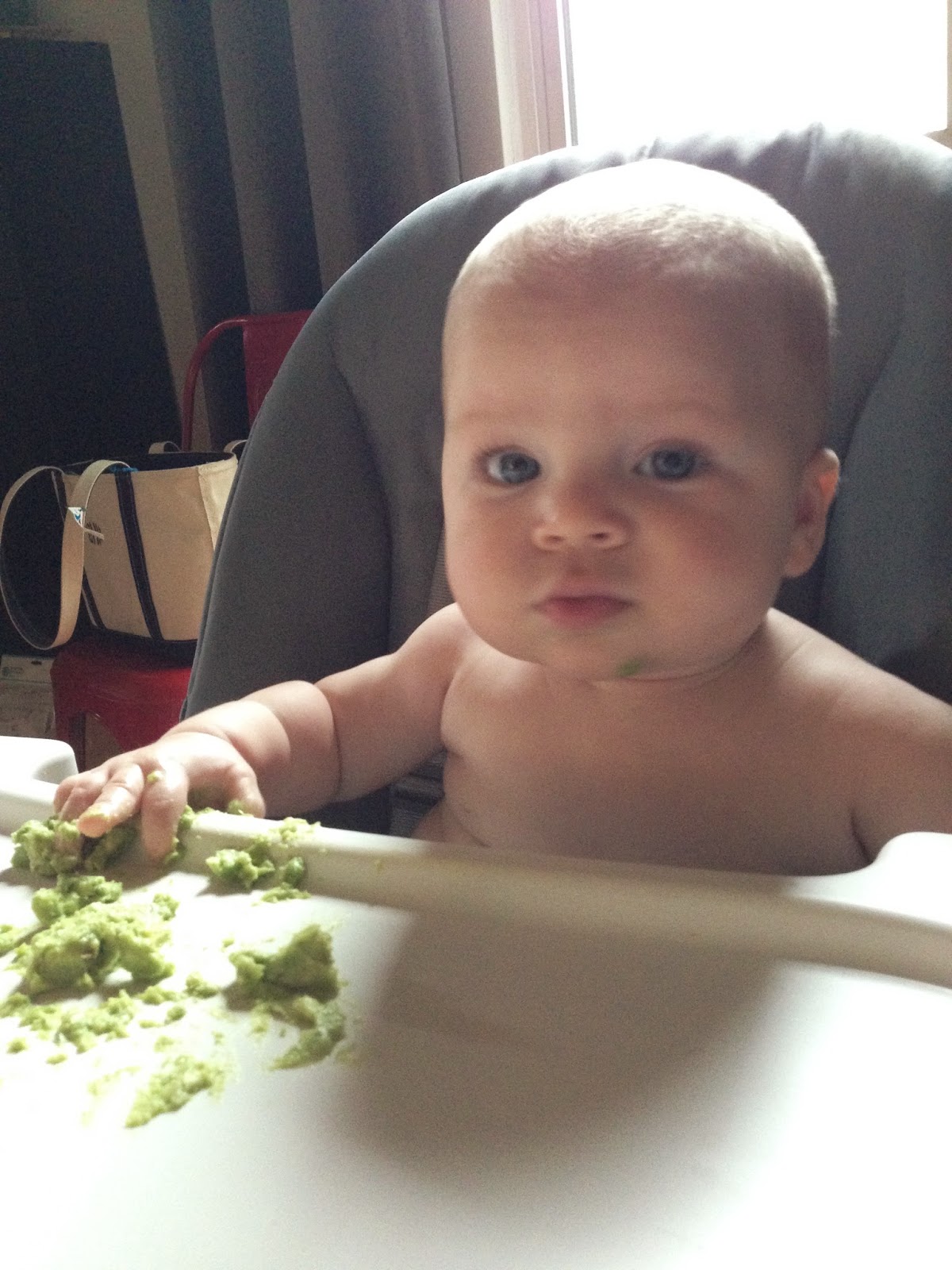 "Are you sure this is ok Mama?" 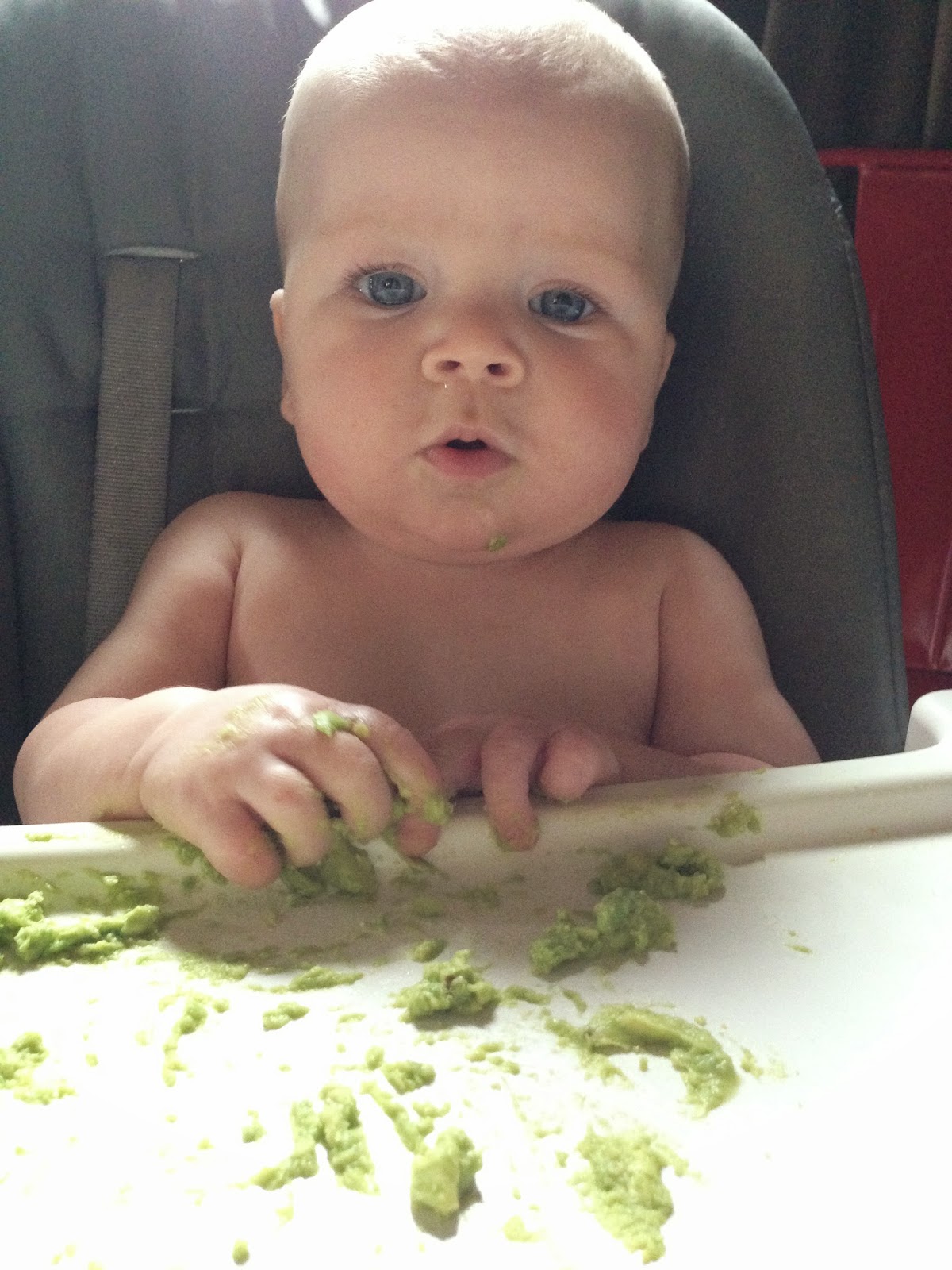 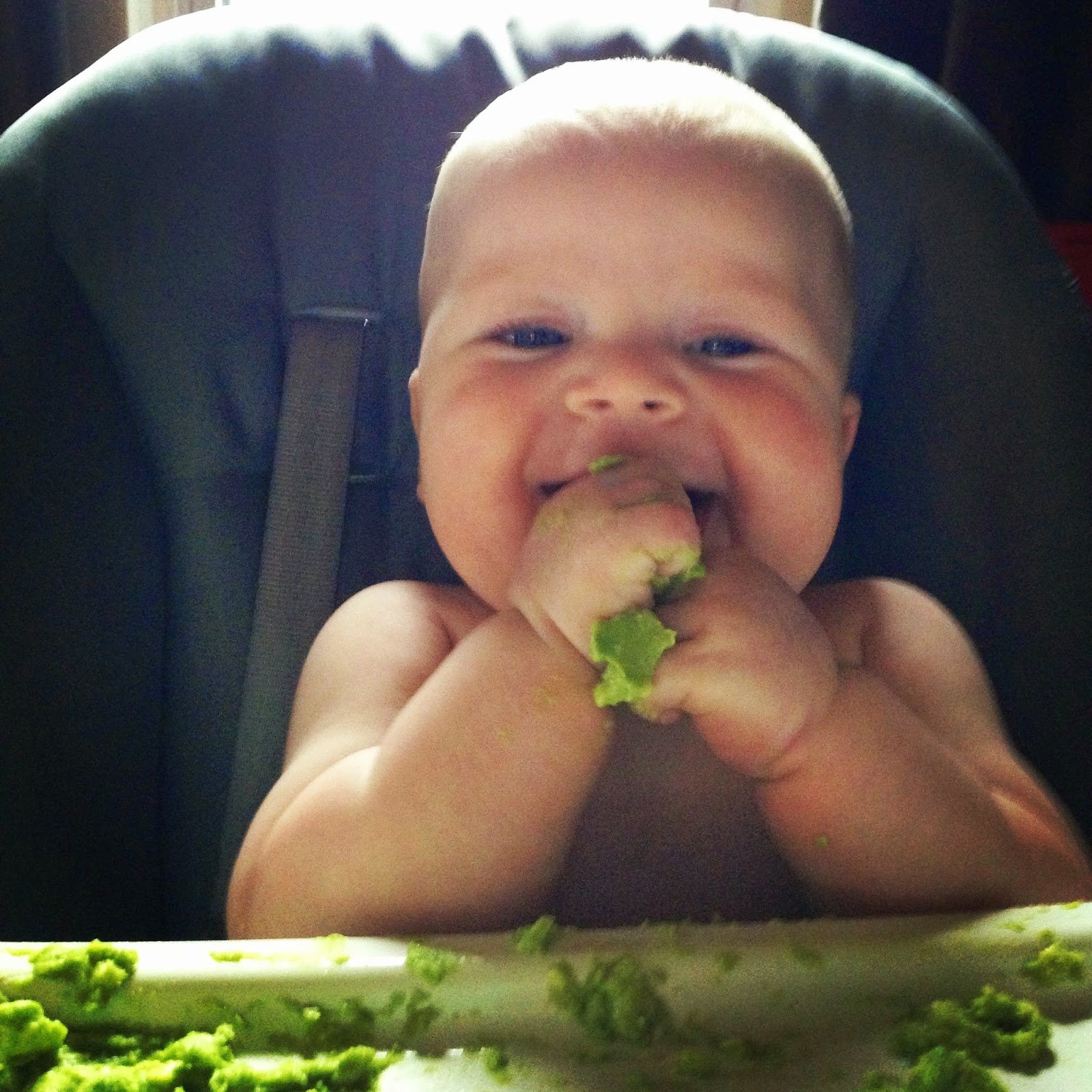 Here are some other random pictures we took over the past week: 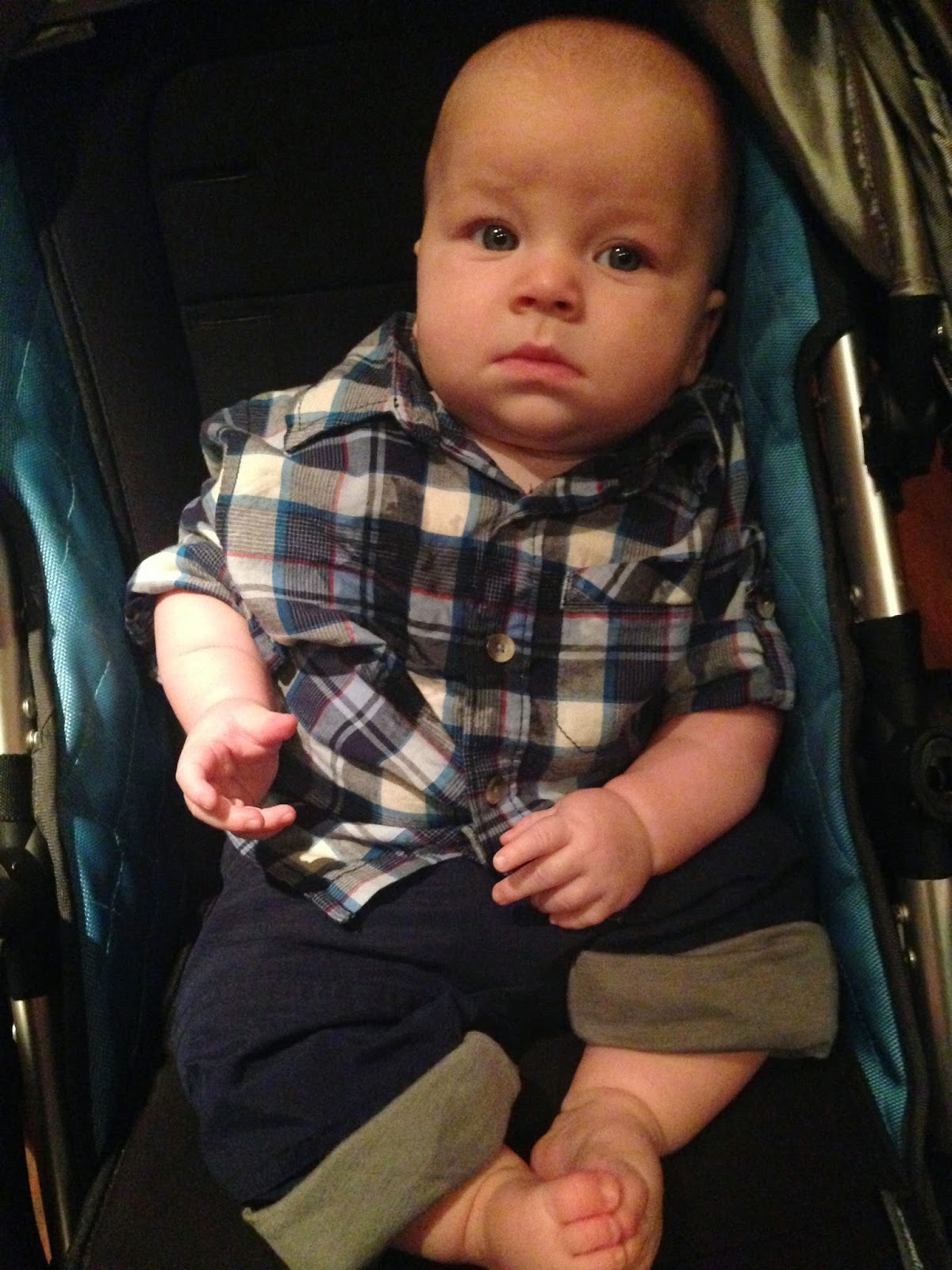 Like I said, Fall is quickly approaching with some cooler mornings. He's even had to wear his first pair of real pants! 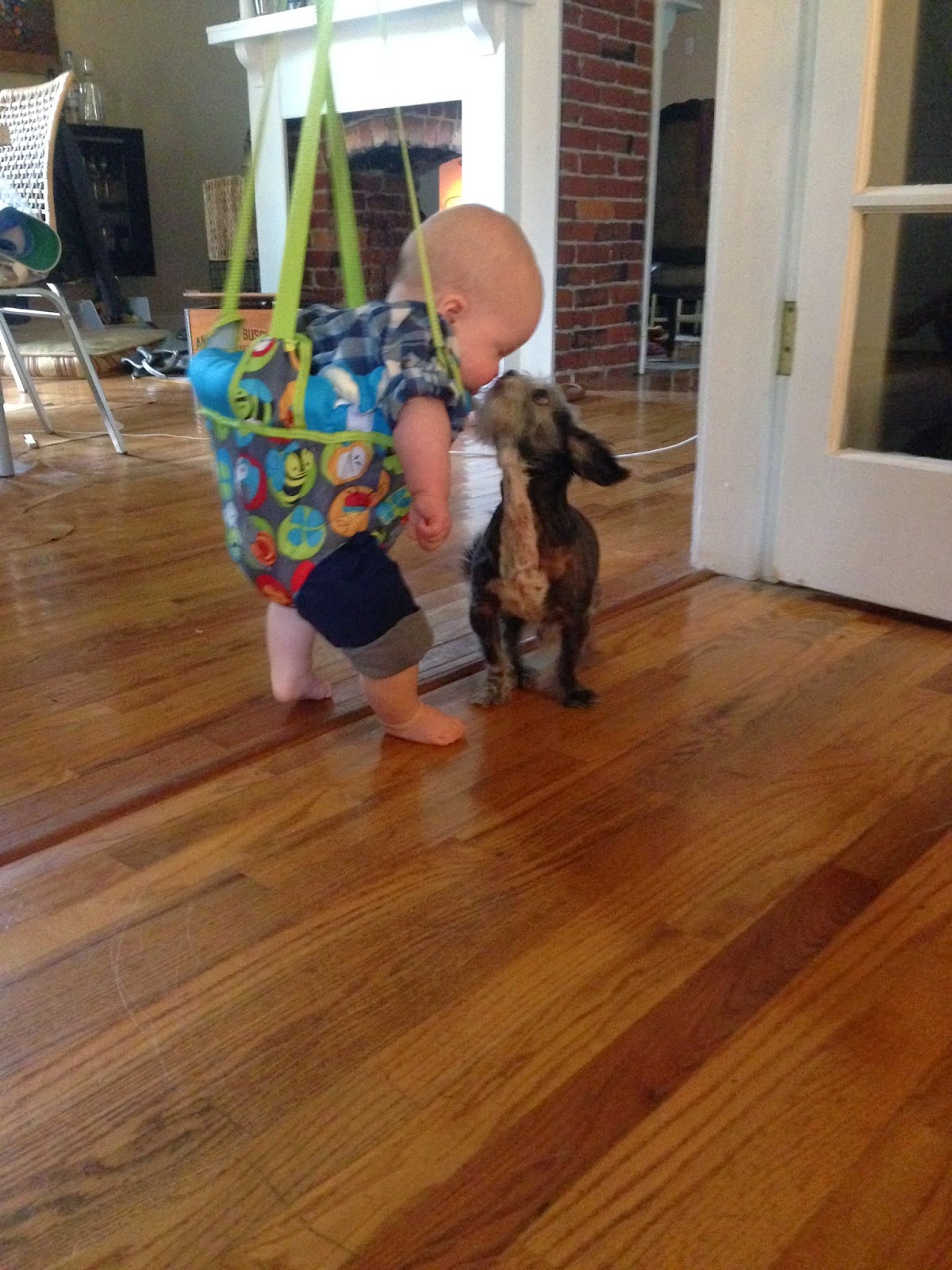 Oh, these two are best buds by the way :) 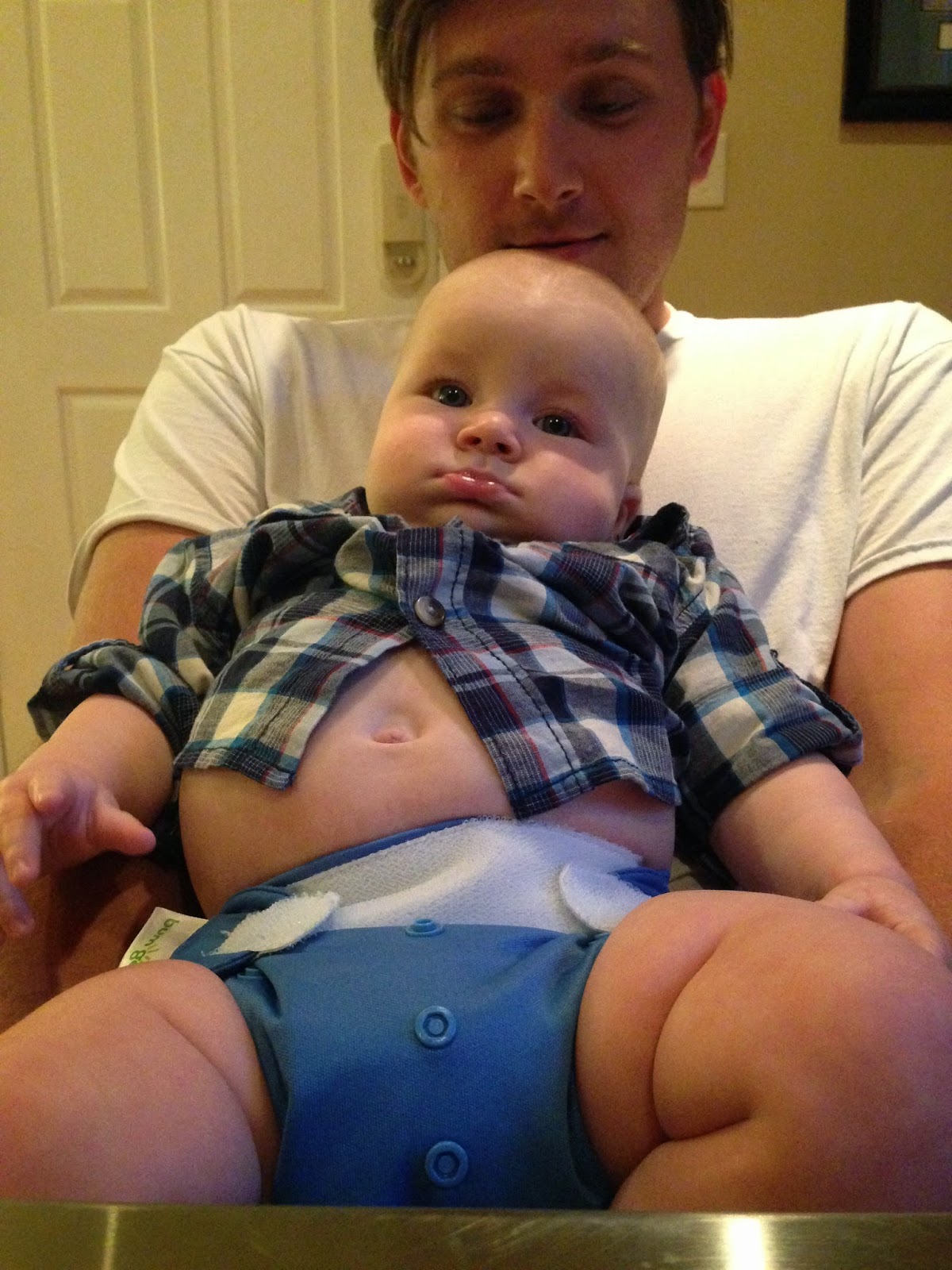 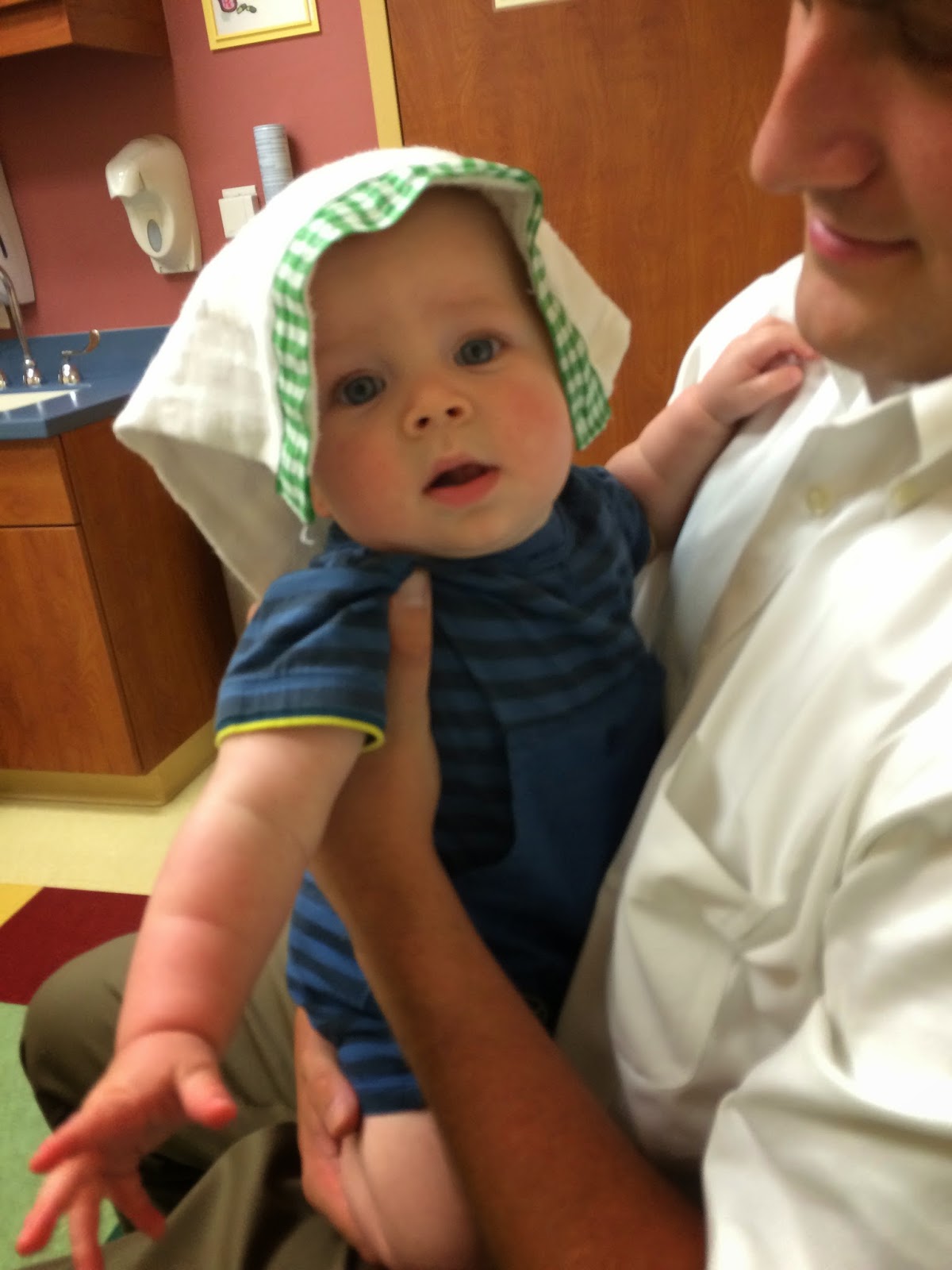 Goofing around at the doctor's office 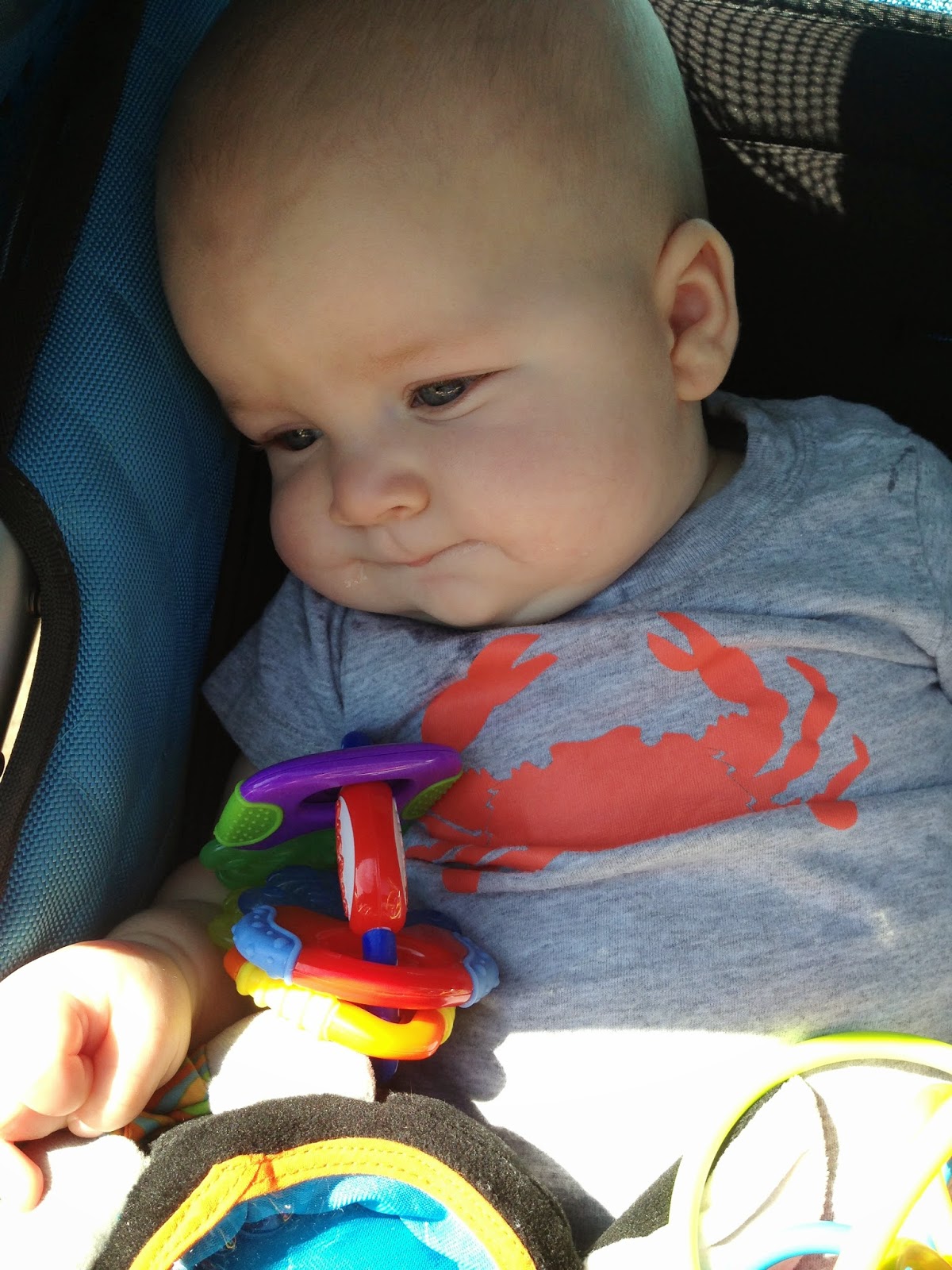 In addition to sticking his tongue out, he learned how to suck on his lower lip... 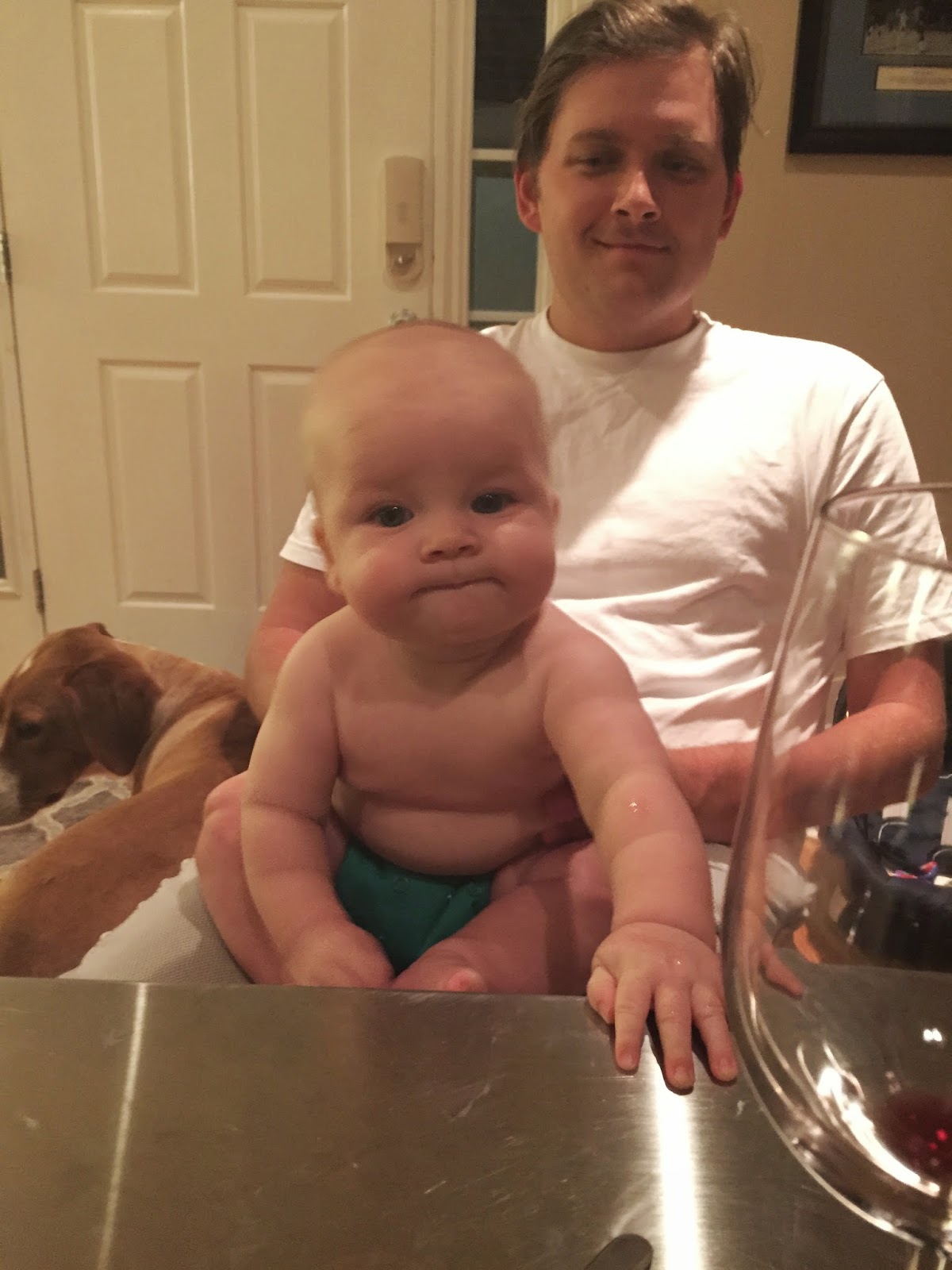 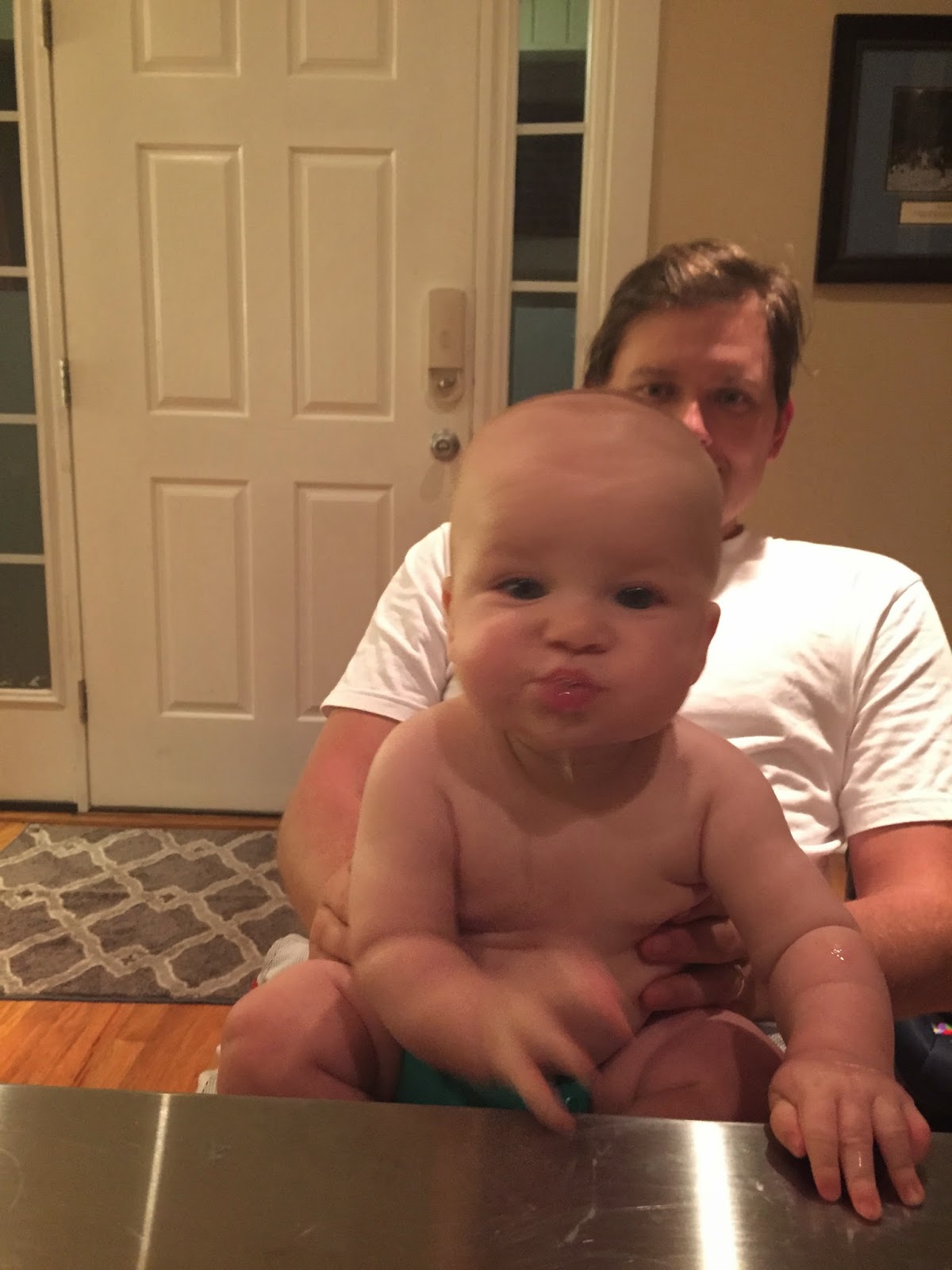 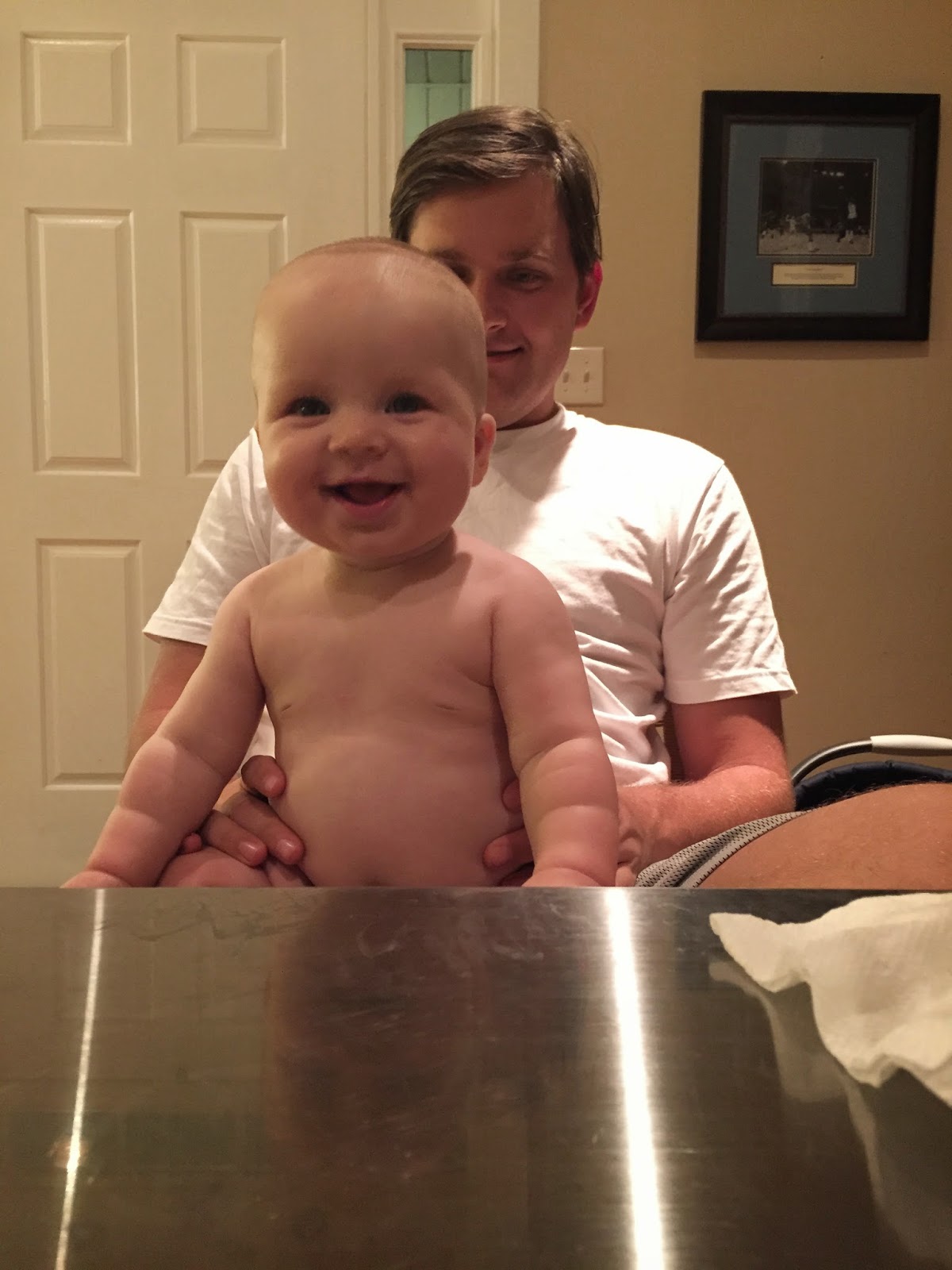 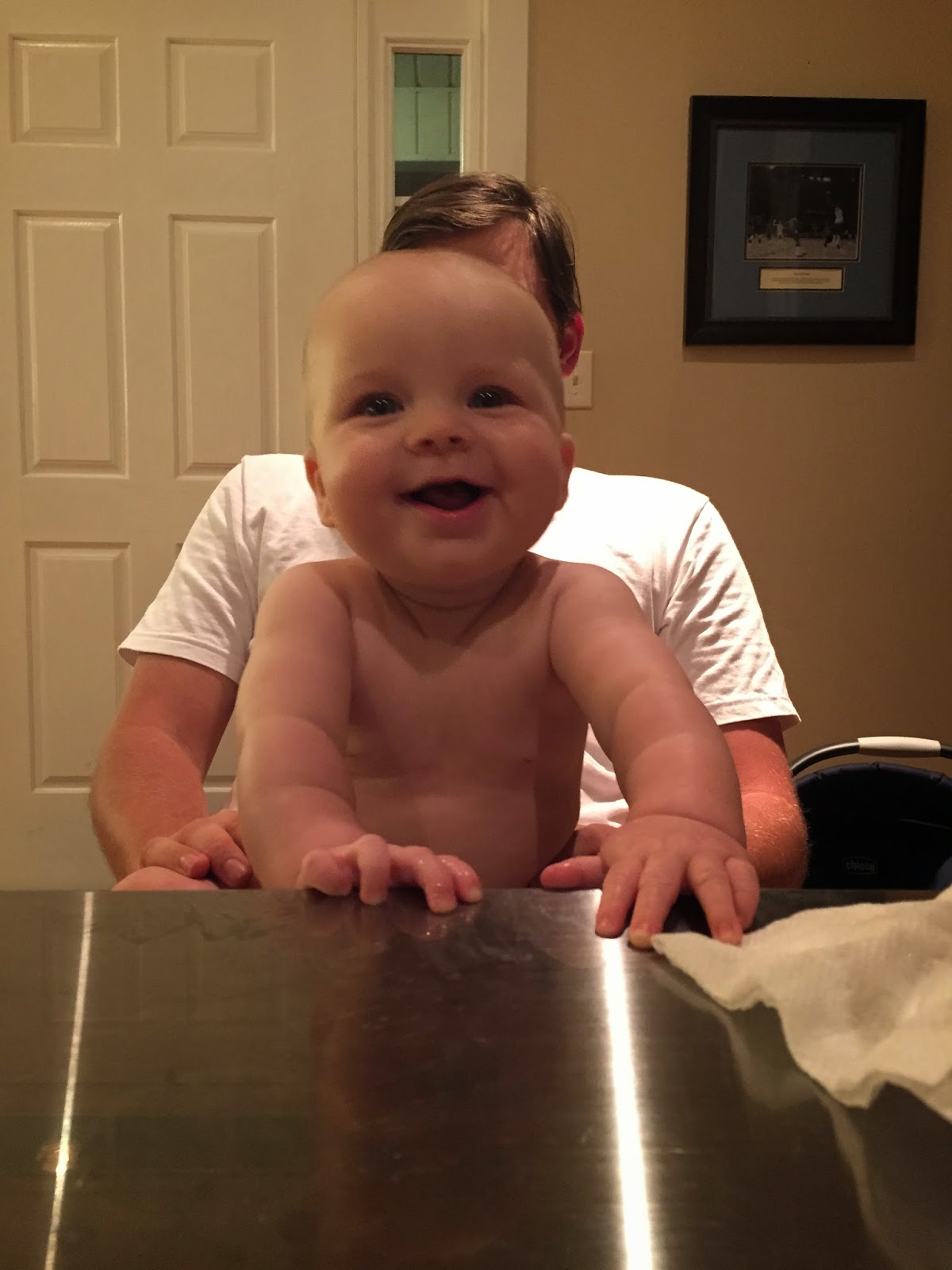 Branch and I are taking our first baby-free vacation this week - we're going to New York City for a wedding and Easton is going to "Camp Mimi's" while we're gone. I'm sure those two are just going to have a blast and that Branch and I will enjoy some baby free time as well!