Easton's mouth is officially cyst-free! His ranula was removed this morning and we are currently spending the day recovering on the couch as a family :) 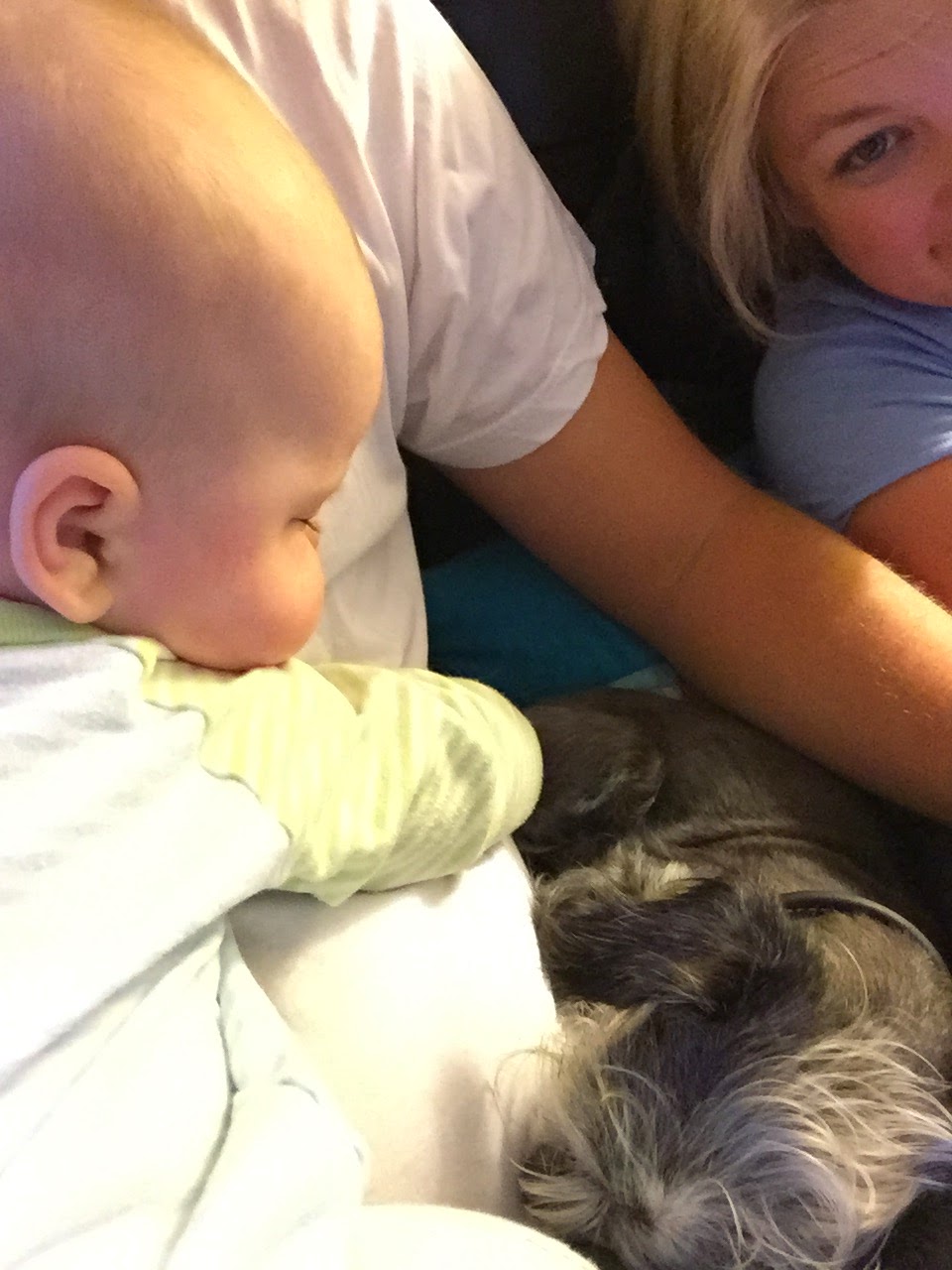 Even the dogs are in on the couch cuddle session!

We started prepping for the surgery late last night with a midnight feeding. We were given instructions that prohibited Easton from eating 6 hours prior to arrival at the hospital and we wanted to make sure he had as much food in him as possible since he wouldn't be having any breakfast. We were up and at it at 5:15 and had East loaded in the car by 5:45am. Fortunately, Vandy is less than 10 minutes from where we live (especially without traffic) and we were checked-in at the hospital by 5:58am. 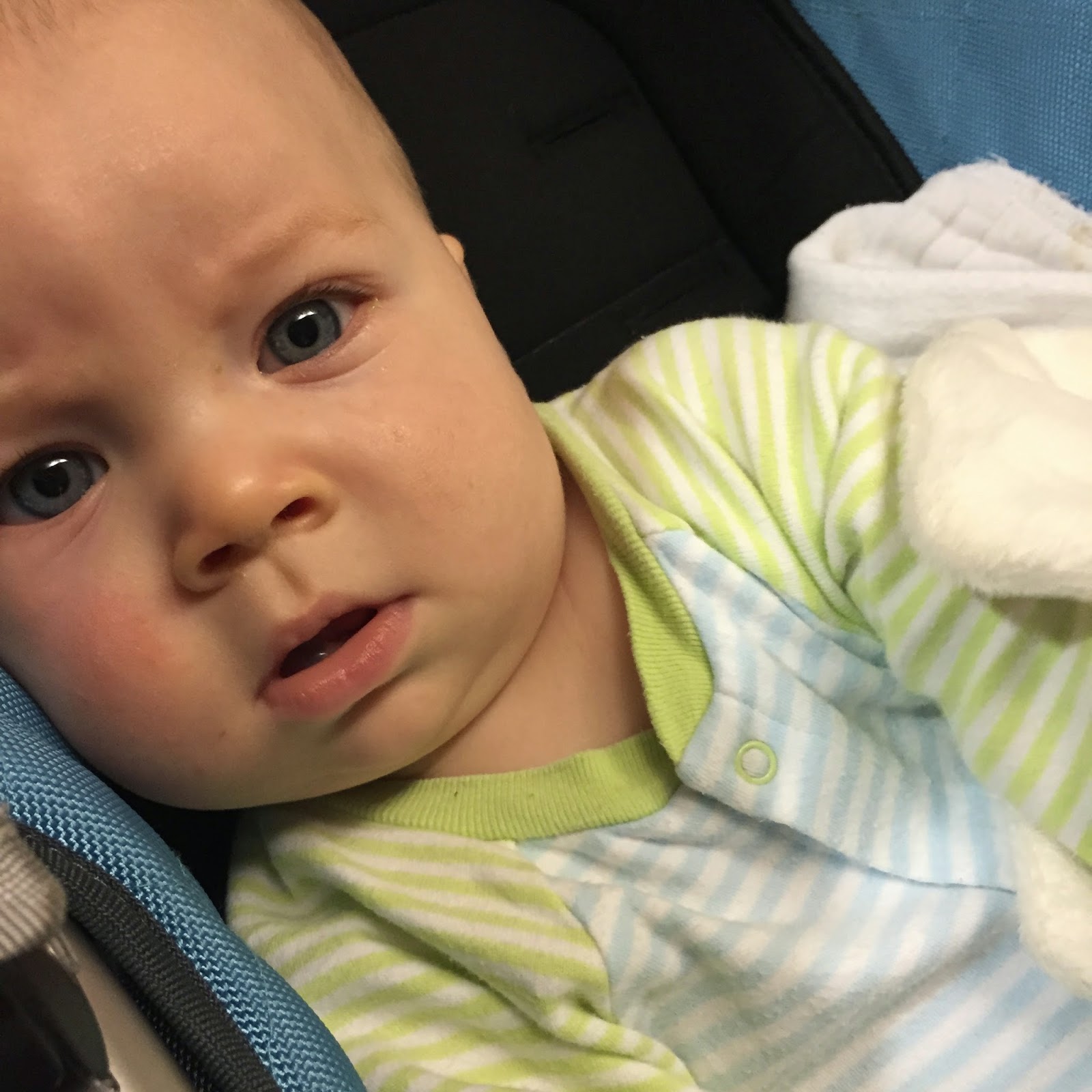 He clearly isn't used to being up this early! 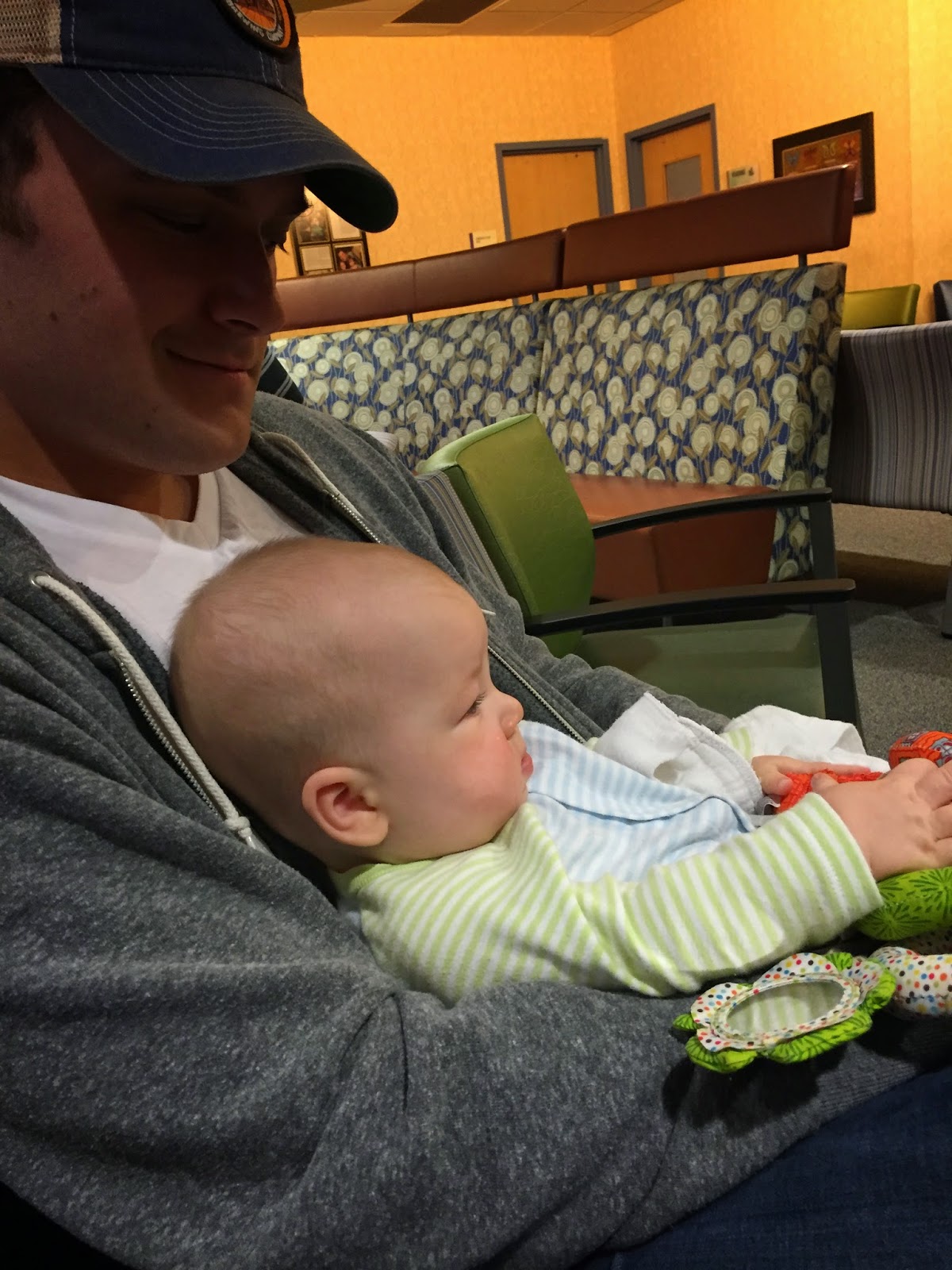 The check-in process went smoothly and after a short wait in the waiting room, we were moved inside for pre-op. We met with the anesthesiologist, surgical nurses and the surgeon, Dr. Werkhaven. Everyone was very nice and took the time to answer all our questions. By 7:10, they took Easton back and escorted us to the sub-waiting room. We were told the procedure would last anywhere from 45 minutes to an hour and fifteen. A nurse came in after about an hour to let us know that they were almost done and that everything went great! No problems with the anesthesia and East was all smiles all the way up until he fell asleep :) That's our boy! 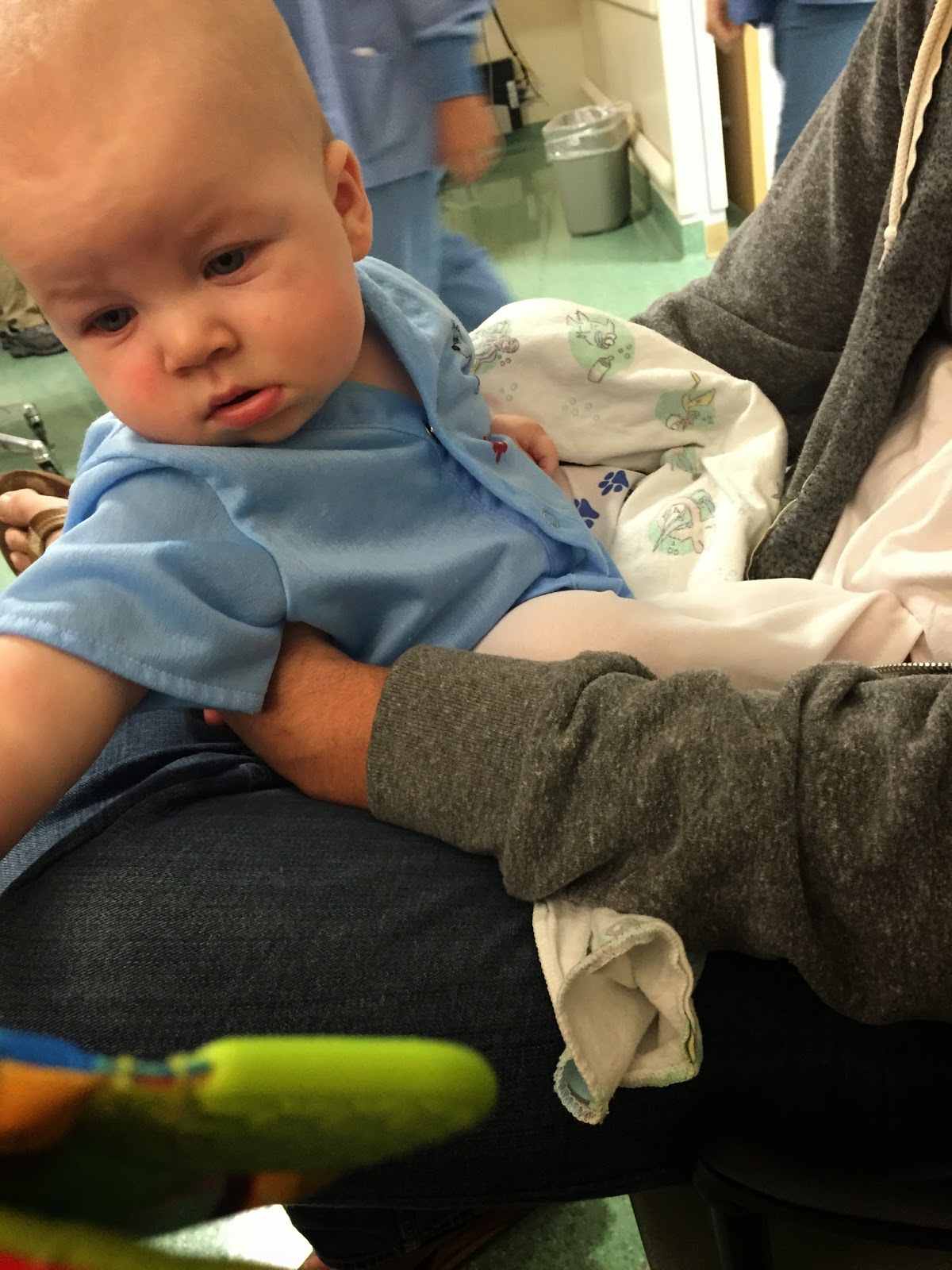 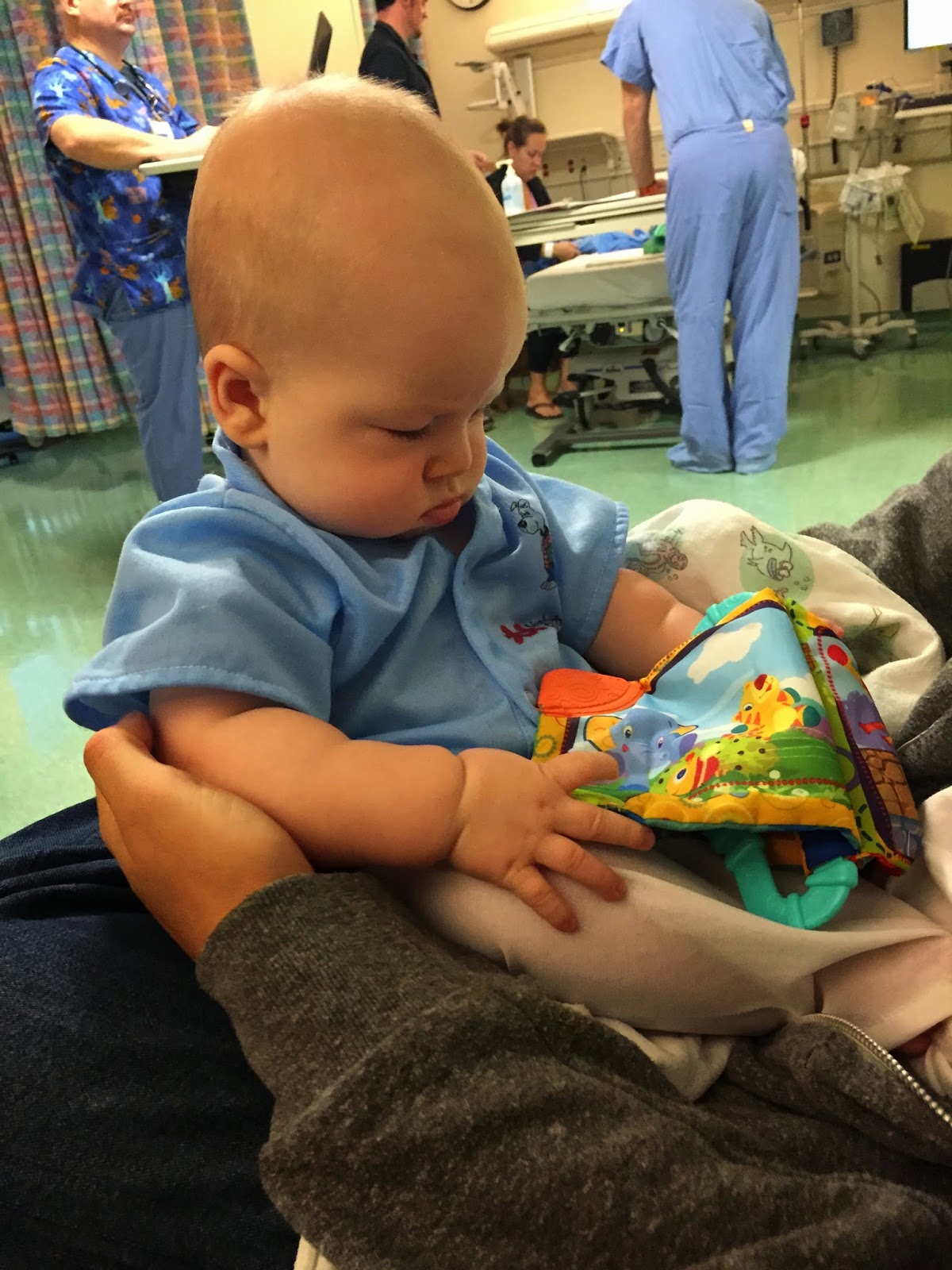 Five minutes later the Dr. Werkhaven came in to tell us he was done and that we would be able to see Easton as soon as he was awake. He also told us that the ranula was much larger than he had originally expected - about 6 cm longer (which is quite a lot when you think about how tiny his face is!) but had been removed without any issues.

We went back to visit East as soon as he was awake and gave him a bottle of Pedialyte (they make sure the patients will eat before they allowed them to leave, otherwise they would have had to stay overnight) but he took down a bottle and a half like a champ. 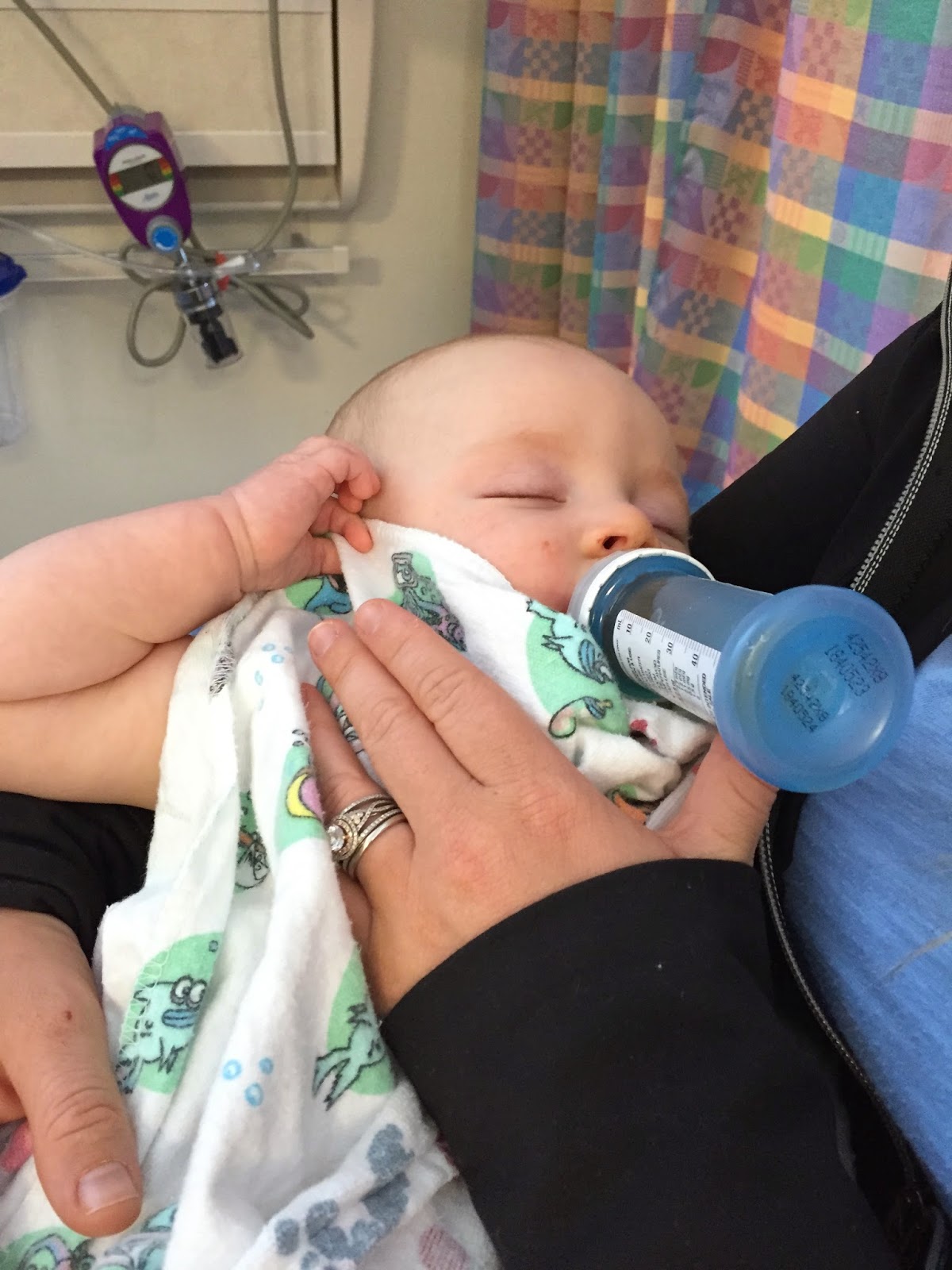 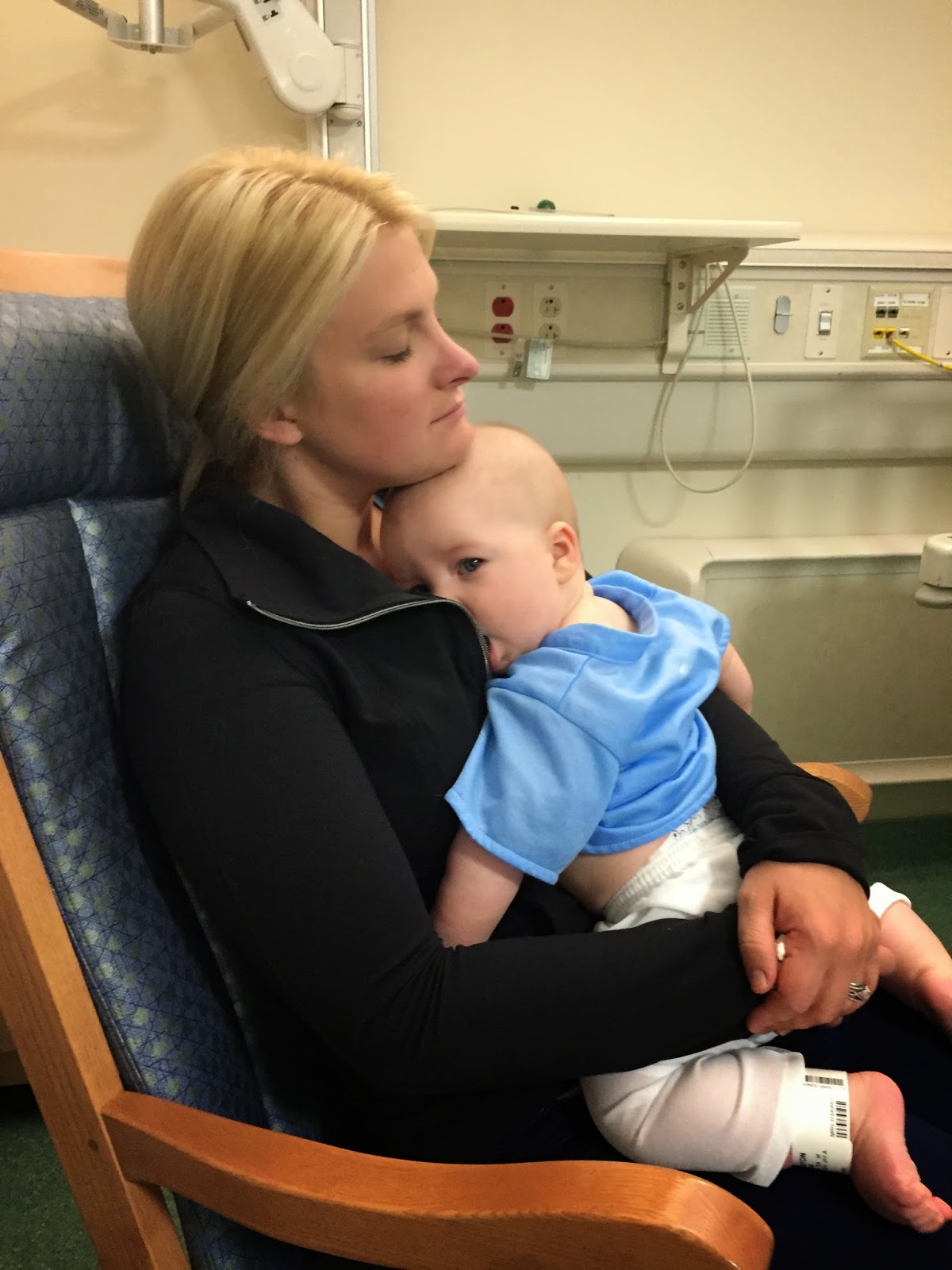 So happy to have my baby back!

The rest of the day has been full of snuggling on the couch catching up on Fall TV while Easton alternates between sleeping (sooooo much sleeping!!) and eating. He seems to be pretty uncomfortable, which is understandable, so it's a good thing he is able to rest. 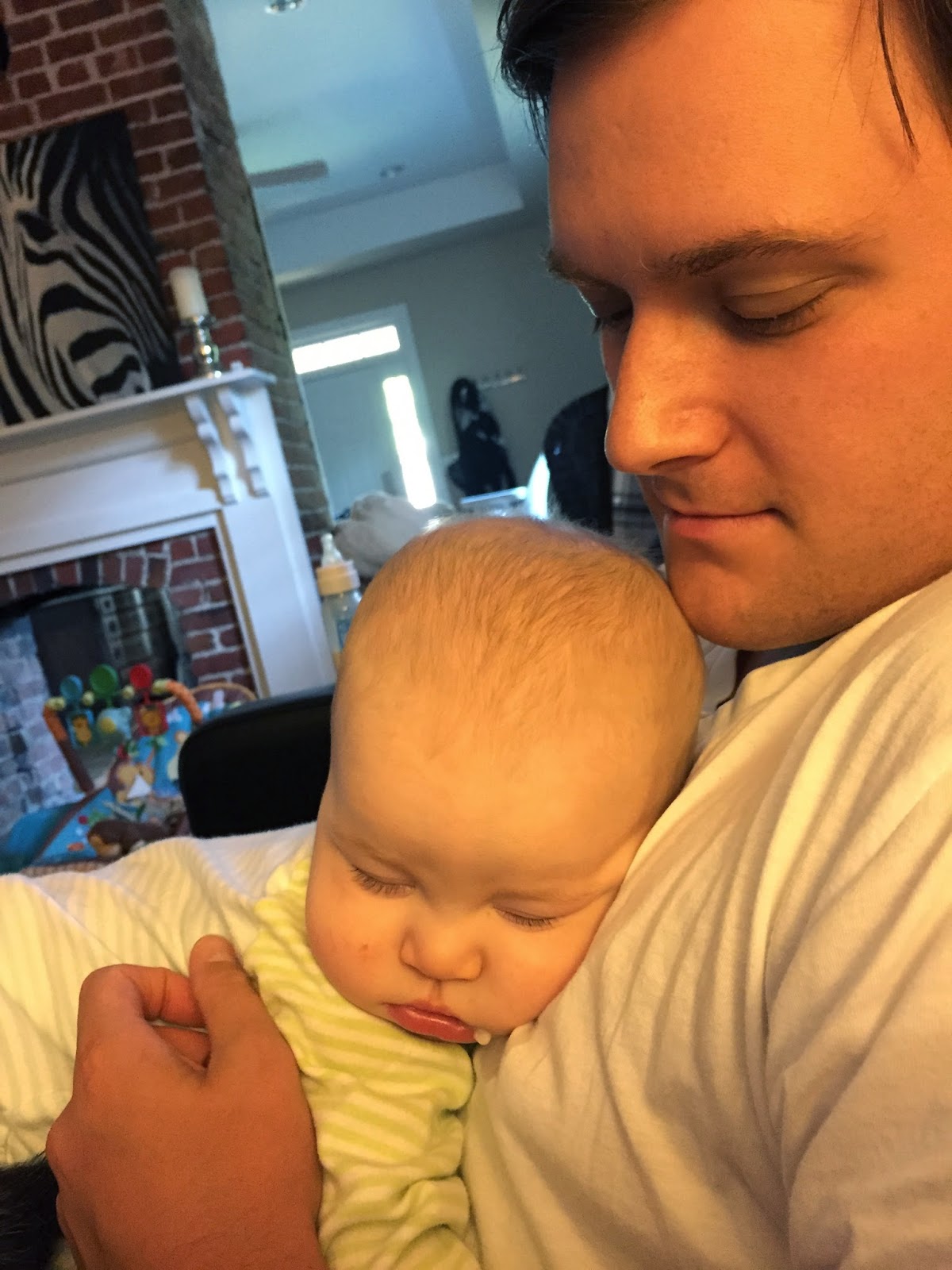 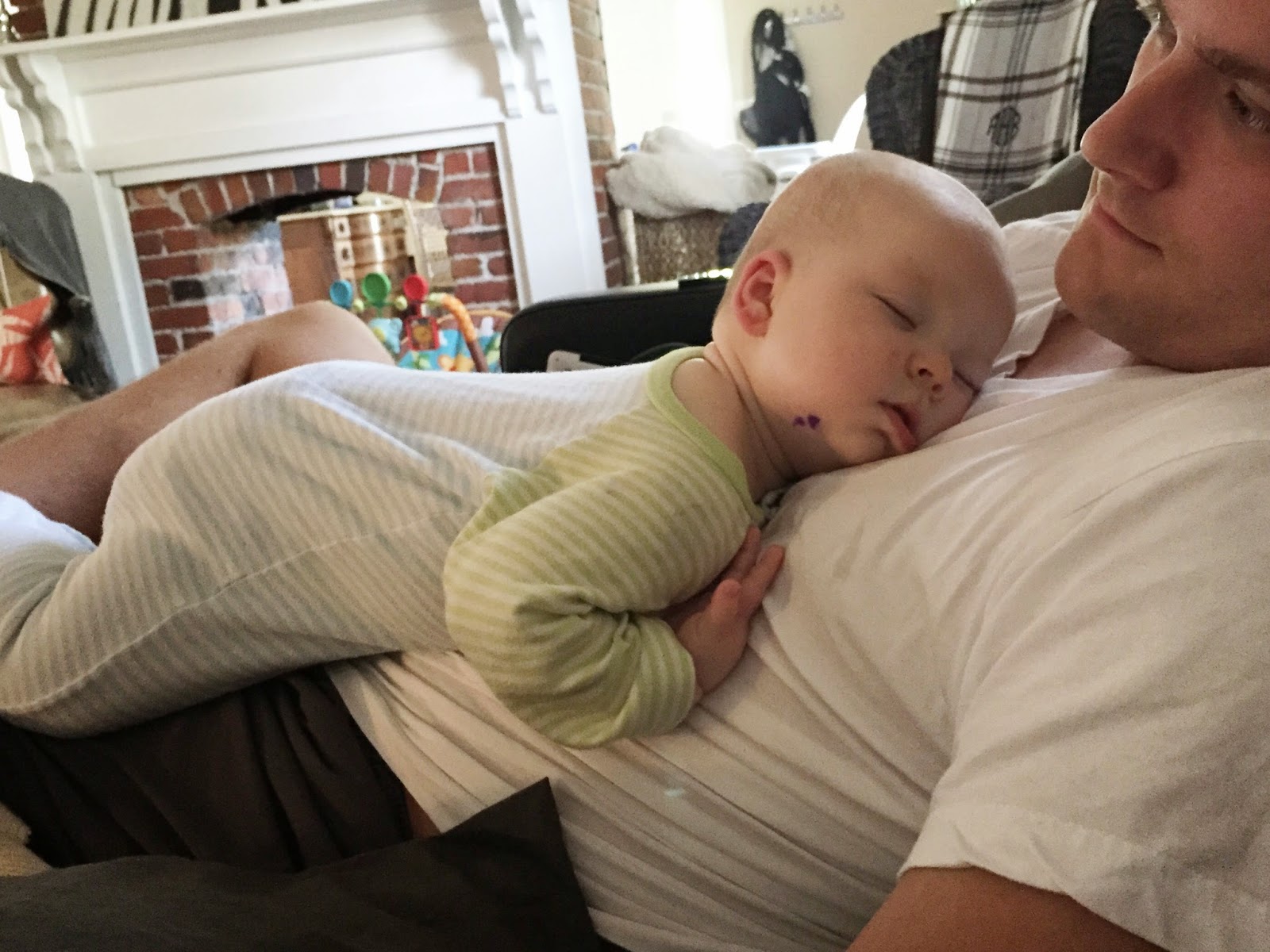 We're so happy that everything went smoothly and praying for quick healing. Thank you for all the prayers and positive thoughts! I don't think things would have gone so well without them :)