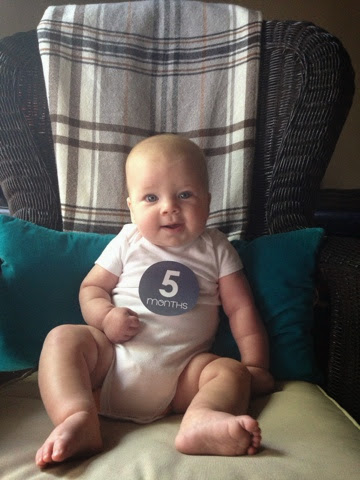 Easton is 5 months old, and we're blown away with how much he's grown in the last month! He has hit some really exciting milestones and more are on the way!

The biggest news in our household is that the Bear learned how to roll from his back to his front. He started slowly making his way over when we were in Florida and now he flips to his stomach as soon as we put him down. He still hasn't learned how to flip from his front to his back but he's very good at pushing himself up so it should only be a matter of time.

For a while, he only rolled over in one direction, to his left, but just yesterday he started rolling to his right. He's also attempting to crawl but for now it's more of a slow shimmy across the ground :) 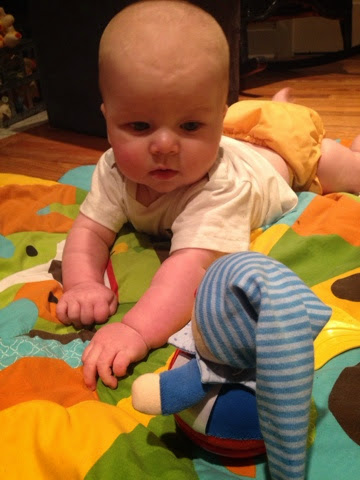 Can see the toy within his reach... 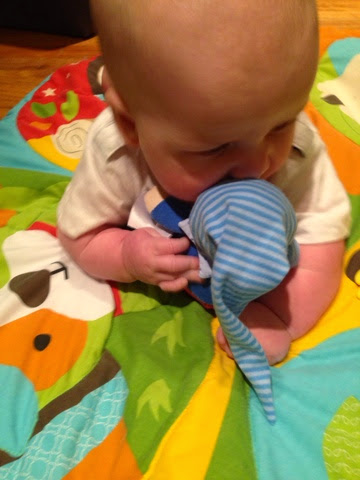 Easton is getting very close to sitting up on his own but still needs support on his back (and after a few minutes his sides). 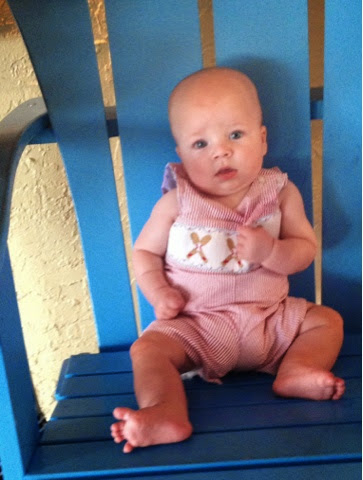 Not pictured: Gramma's hand hovering just outside the frame ready to reach in and prevent him from falling over!

We also celebrated Easton's Aunt Lisa's birthday this month. Since she lives in LA we posted a little picture message from Easton :) He was very intrigued by the paper sign as you can see: 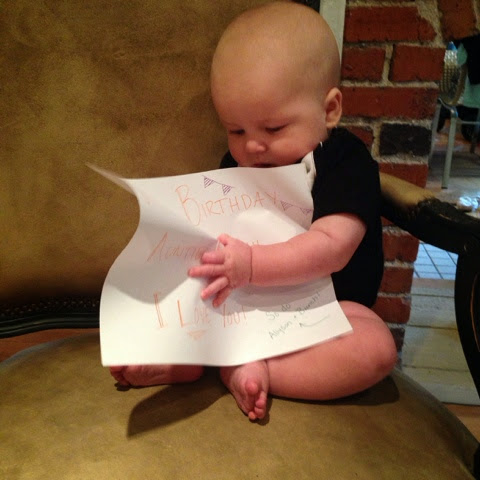 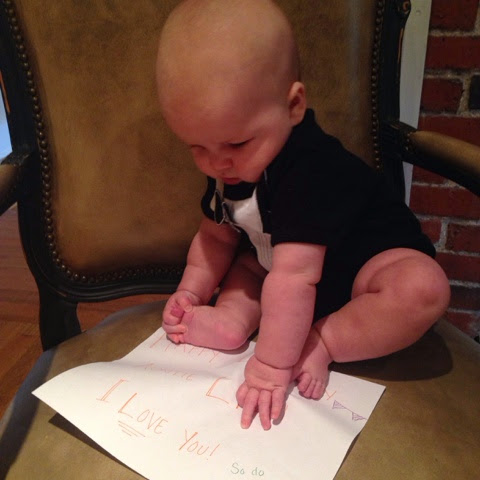 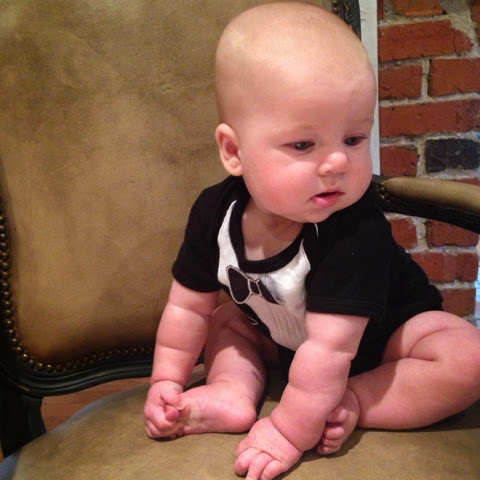 Baby E has also discovered the dogs. Of course they have been around all along but he now reaches out for them and loves to pull on them. We're closely supervising their interactions but the dogs have been super patient with their tiny master. 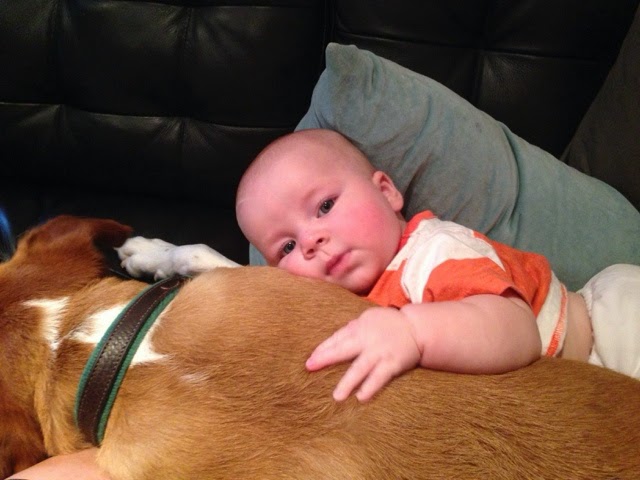 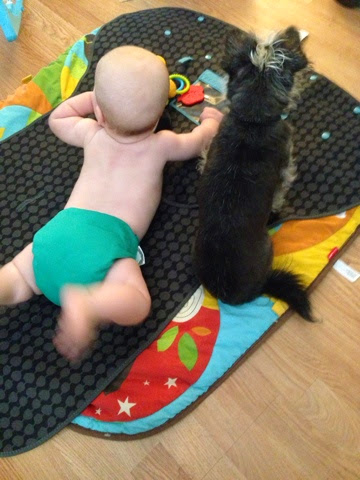 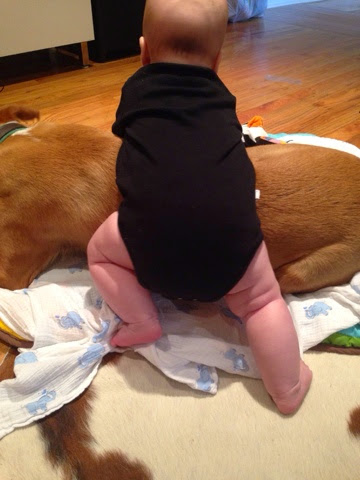 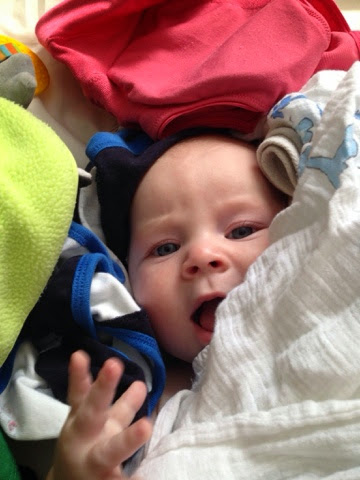 Baby E is in the process of getting his first tooth. Our usually easy going baby is a bit on the grumpy side. 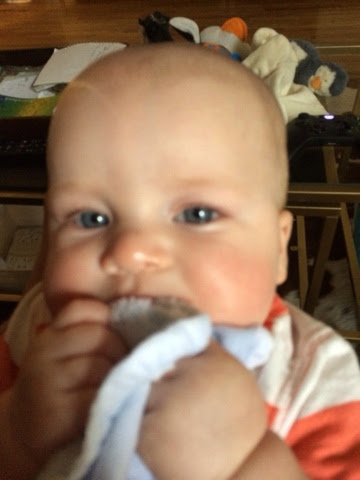 Teething is the worst!

We went to visit Branch's Dad one day last week and Papa gave Easton a tour of the place... 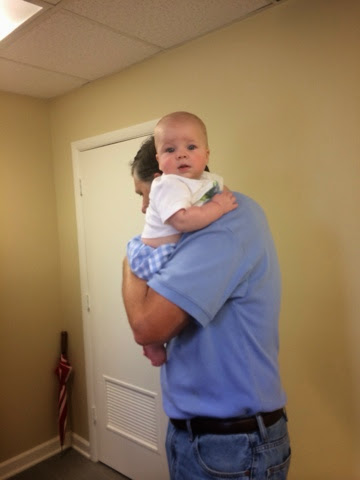 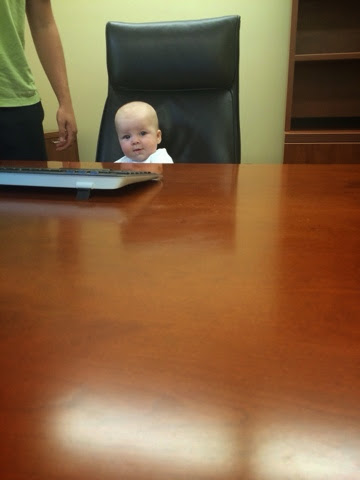 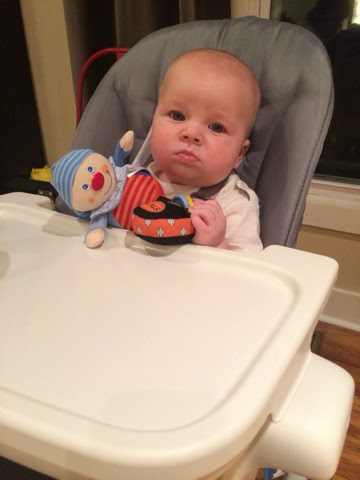 Easton loves his new highchair (thanks again Mimi!) whether he's eating or playing with toys!


Gramma sent Easton home with some tie shaped stickers for his monthly pictures but I couldn't get him to put down his toy long enough to get a good picture of it! He was a little more cooperative with the second set of monthly pictures: 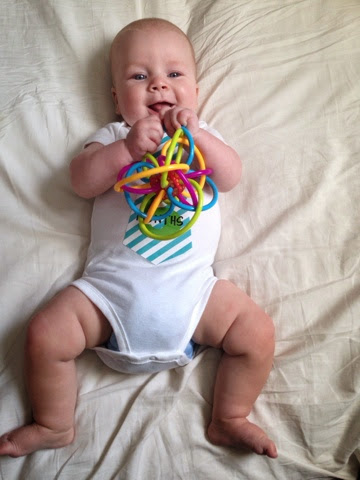 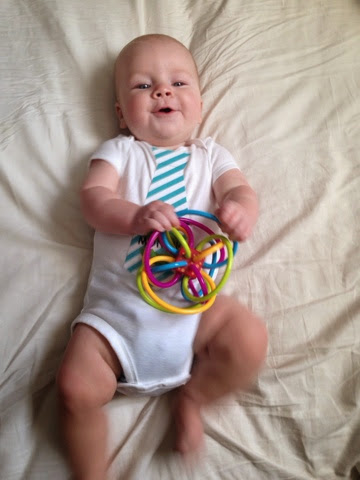 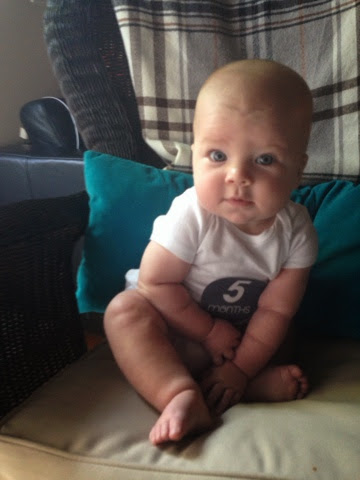 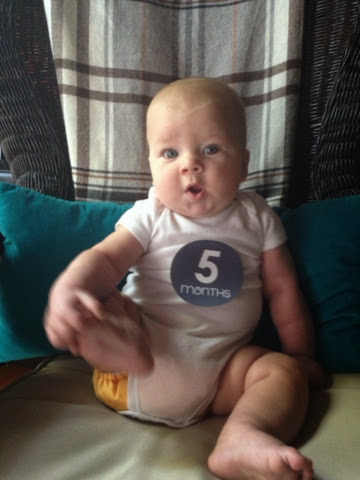 Hope you had a wonderful weekend!
Love y'all!