What's in a name?

Choosing Baby Howard's name was not quite as easy as we thought it would be! The pressure of finding the perfect name that our son would have for the rest of his life seemed a bit daunting to say the least! We knew from the beginning that we'd likely use a family name, but would like it to be unique, and that it would probably be a Southern name.  We're excited to say we finally selected one! Here is the full story behind how we finally arrived at our little boy's moniker:

Branch's full name, Laurence O'Bryan Branch Howard, IV, is a family name that has been in the family a very long time. Two years ago, Branch's aunt sent him a link to a book with the origins of his very lengthy name. It just so happens that the University of North Carolina has that very book in their possession! When we went to visit the campus in October, I knew we'd  be making a stop at the library!

This is the main campus library. It's a beautiful building; I wish I had taken pictures of inside as well. The library houses the university's Southern History collection. After a brief refresher course in how the Dewy Decimal System works, we were able to track down the book! 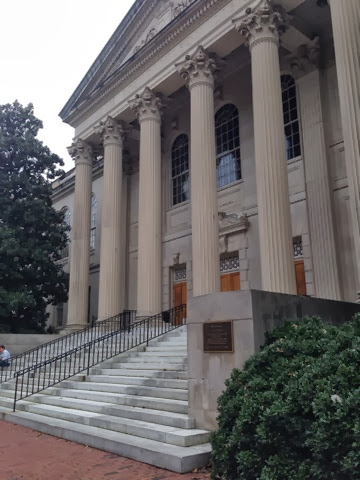 "Memoirs of a Southern Woman, Within the Lines" was written by Mary Branch Polk in 1912. It also includes a genealogical record, which we found to be most helpful! 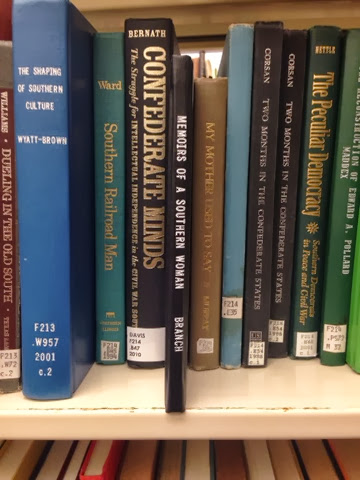 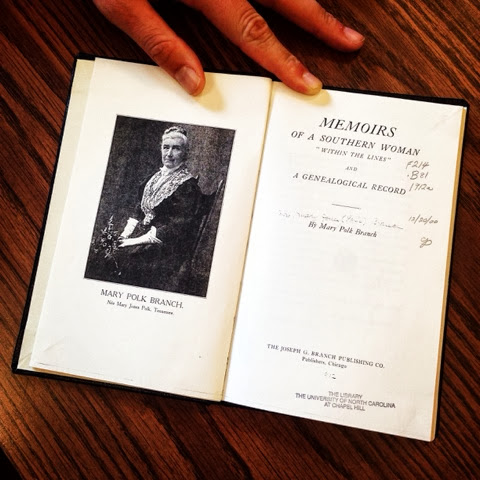 I was smitten from page 1: 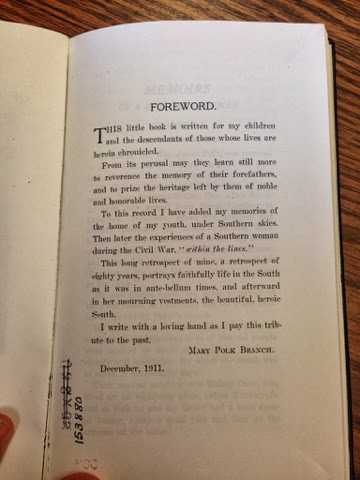 The picture is a little fuzzy, but the foreword says:
THIS little book is written for my children and the descendants of those whose lives are herein chronicled.
From its perusal may they learn still more to reverence the memory of their forefathers, and to prize the heritage left by them of noble and honorable lives.
To this record I have added my memories of the home of my youth, under Southern skies. Then later the experiences of a Southern woman during the Civil War, "within the lines."
This long retrospect of mine, a retrospect of eighty years, portrays faithfully life in the South as it was in ante-bellum times, and afterward in her mourning vestments, the beautiful, heroic South.
I write with a loving hand as I pay this tribute to the past.
MARY POLK BRANCH.
December, 1911.

I'm such a sucker for the Old South and in love with the romance of Antebellum southern history. I thought it was especially cool, that over 100 years later, Branch and I were reading her book, looking to pay tribute to our family's past by finding a name for what will extend into our family's future.

The book isn't very long, not much more than 100 pages, and included the genealogy and history of the different branches of the family history up until the 1900's. 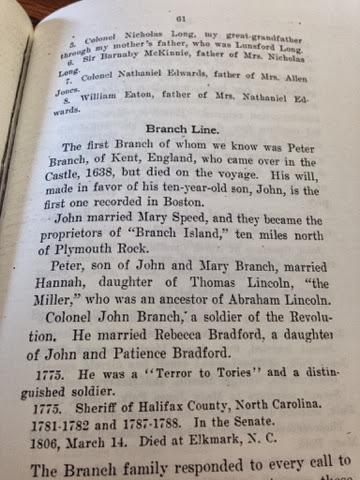 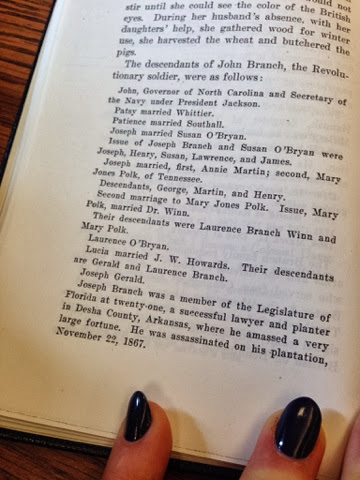 We even found the Branch Family Coat of Arms: 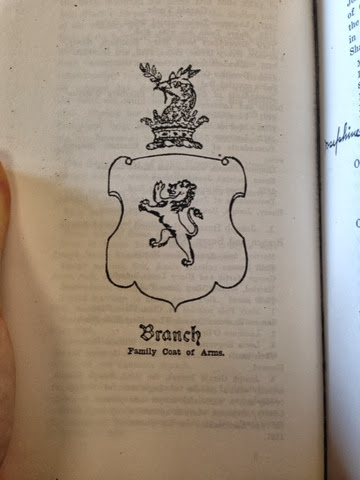 After reading through the book, we had a list of a few names that we liked, but weren't sure what order we'd put it in. I'm not going to lie, Branch's Great-Great Grandmother definitely picked one of the best names in the family when she named the original Laurence O'Bryan Branch Howard. The remaining names were all pretty common, even still today, and we knew we'd like something more unique.  So without further ado, we have chosen to name our son:

I really love Branch's name, but naming our child the 5th seemed not only a little pretentious but also set him up to end the line (there is no way he'd name his son, if he were to have one, the 6th!!). Also, practically speaking, the fifth isn't offered as a drop down on many online fields, making things like booking flights and signing up for insurance a challenge (even healthcare.gov doesn't have an option for V!)

Easton is the surname of a woman named Mary who married into the family. Walker is Branch's mother's maiden name. And we chose Branch because it's such a unique name and wanted to continue the tradition.

Just as Branch shortens his name when necessary, Easton's four-part name will be shortened for monograms (I'm a sucker for symmetry) and forms to Easton Walker Howard.  We hope you love the name as much as we do! And if you don't, well, that's ok too, we'd just rather not hear about it ;)