Branch and I love the HBO series, Game of Thrones. If you haven't seen it, I highly recommend it! It follows a book series. It's an epic storyline set in a medieval-fantasy type setting. The show itself consists of an enormous and talented cast and is shot in stunning locations all over the world. We're really big fans!

For the season 3 finale that aired back in June, I decided to host a themed dinner. Everything we served was inspired by the show and this Pin.

The menu I created for the evening: 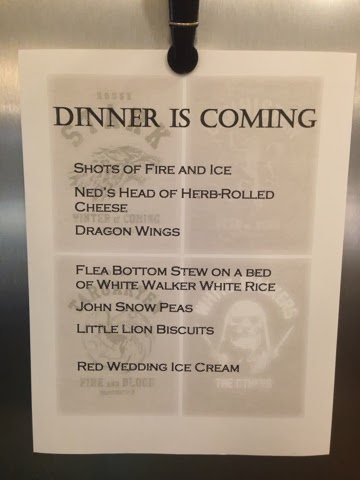 Menu & Recipes inspired by this post from Pistache Events

The dinner was pre-pregnancy, so I was still allowed to imbibe. For pre dinner drinks, we had shots of fire (Fireball Whiskey) and Ice (Smirnoff Ice) in chilled tumblers.

Game of Thrones is focuses on a series of families vying for the throne. Our favorite family is House Stark. Their symbol is the wolf so I tried to find a wolf-inspired bottle of wine. This is the best I could do: 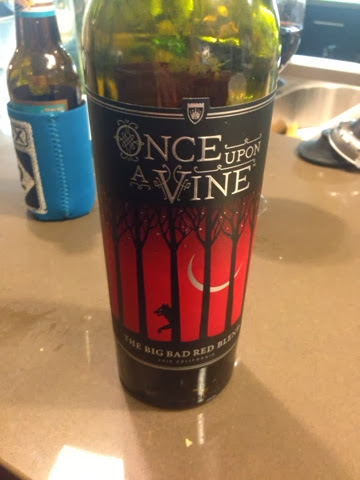 Without giving too much of the plot away, one of the character's loses his head and it's put on a stake. I made these "Ned's Heads" using mozzarella, dried basil and balsamic vinegar to make the face. 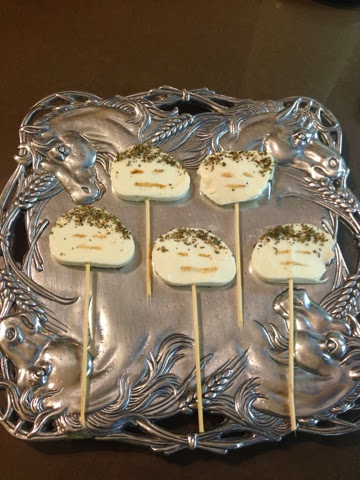 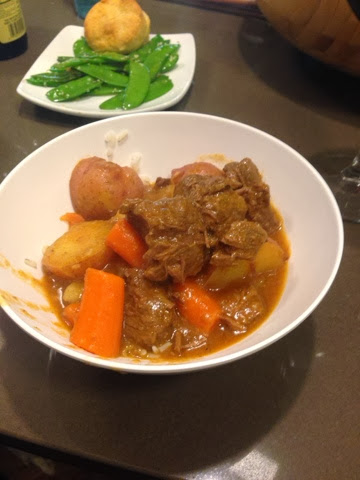 The main course consisted of Flea Bottom Stew which was really just a delicious beef stew (not like the actual stew served in Flea Bottom which is made with a mystery meat...)

For sides we had Little Lion Biscuits and John Snow Peas to pay tribute to two of our favorite characters. 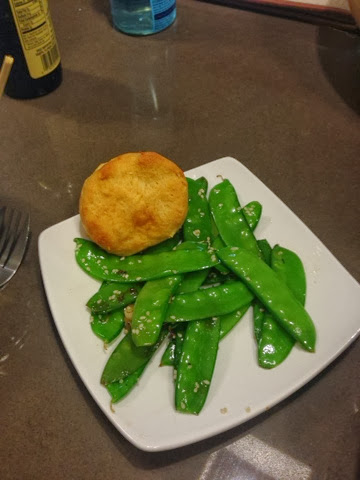 I didn't take a picture of the dessert which was Red Wedding Ice Cream (we had Bluebell Red Velvet - it is divine).

We definitely plan to make this a tradition! Get excited, season 4 is scheduled to air in Spring of 2014 - so you still have plenty of time to get caught up and then come on over for a big ole themed dinner!