11 months. 11 MONTHS! My baby boy is ELEVEN MONTHS OLD! That's one shy of a year people! Where is the time going!?

Unfortunately, I don't have a lot of new pictures to include in this post since most of the month was spent with Branch in the hospital (update on him: he's doing well, working half days this week, with a platelet count of 364,000!) but I do have a few good ones! 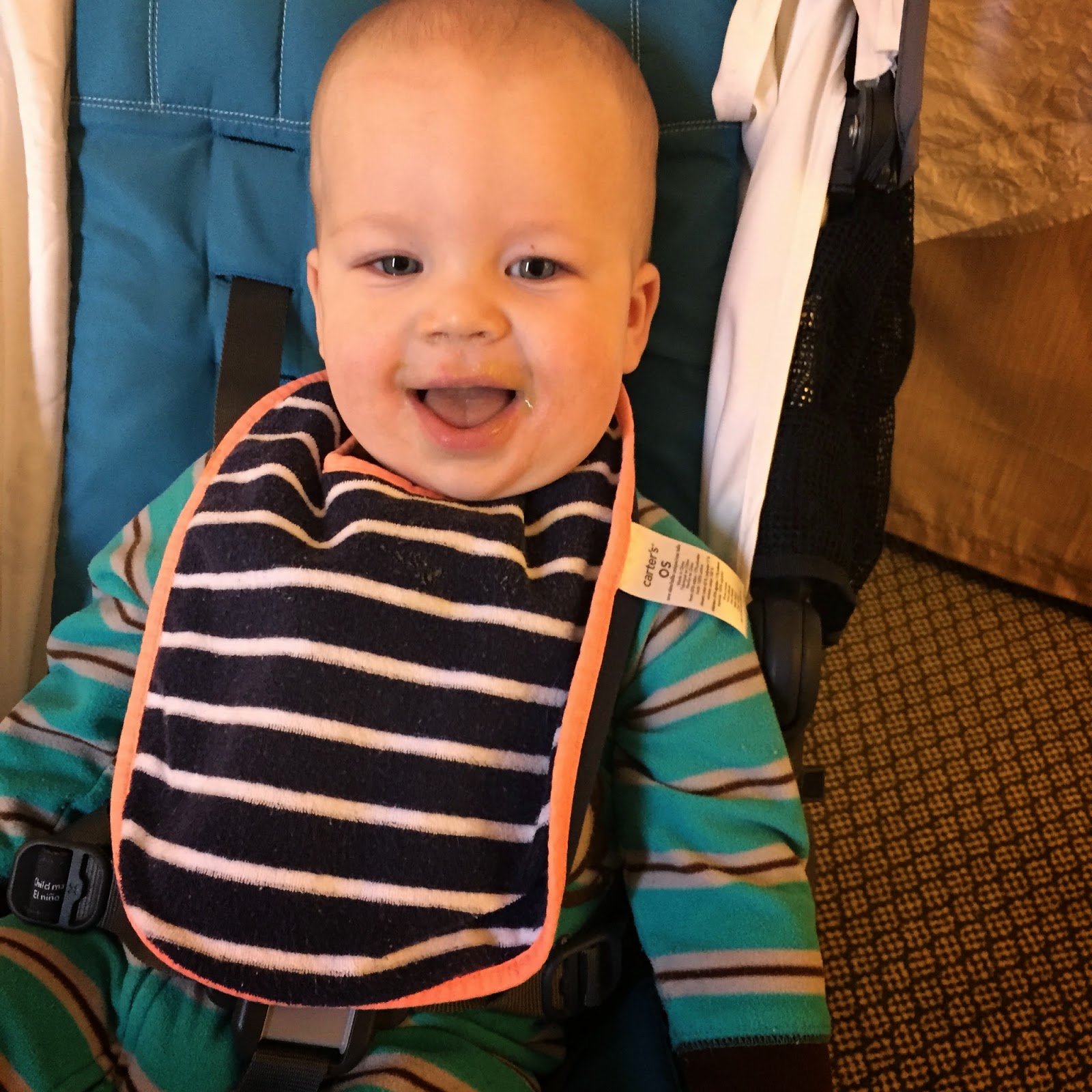 Bear continues to be an easy-going baby! It doesn't take much to keep this kid giggling! 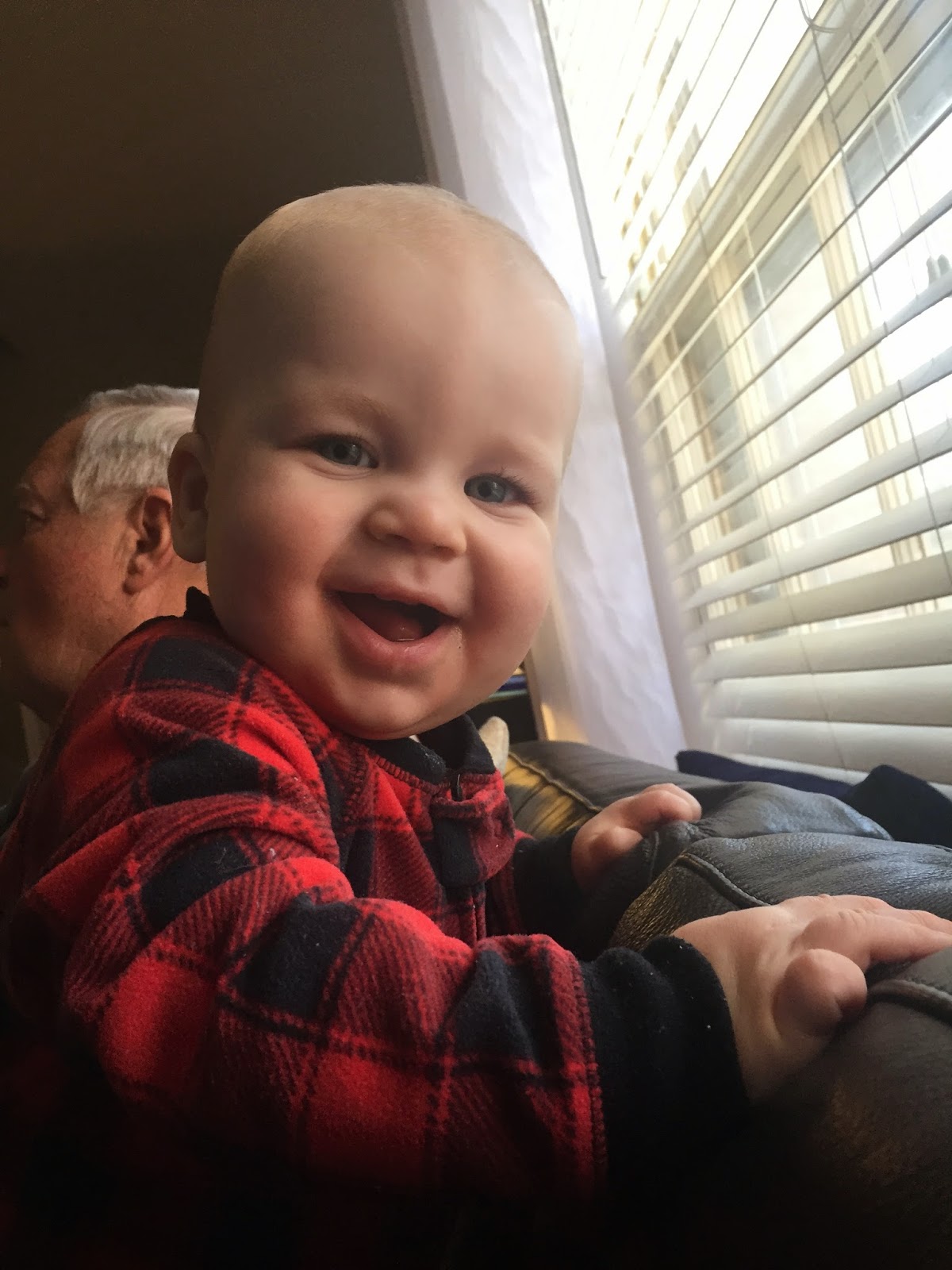 He is a great eater and will eat anything we put in front of him. He'll even eat things neither Branch nor I enjoy, like olives! 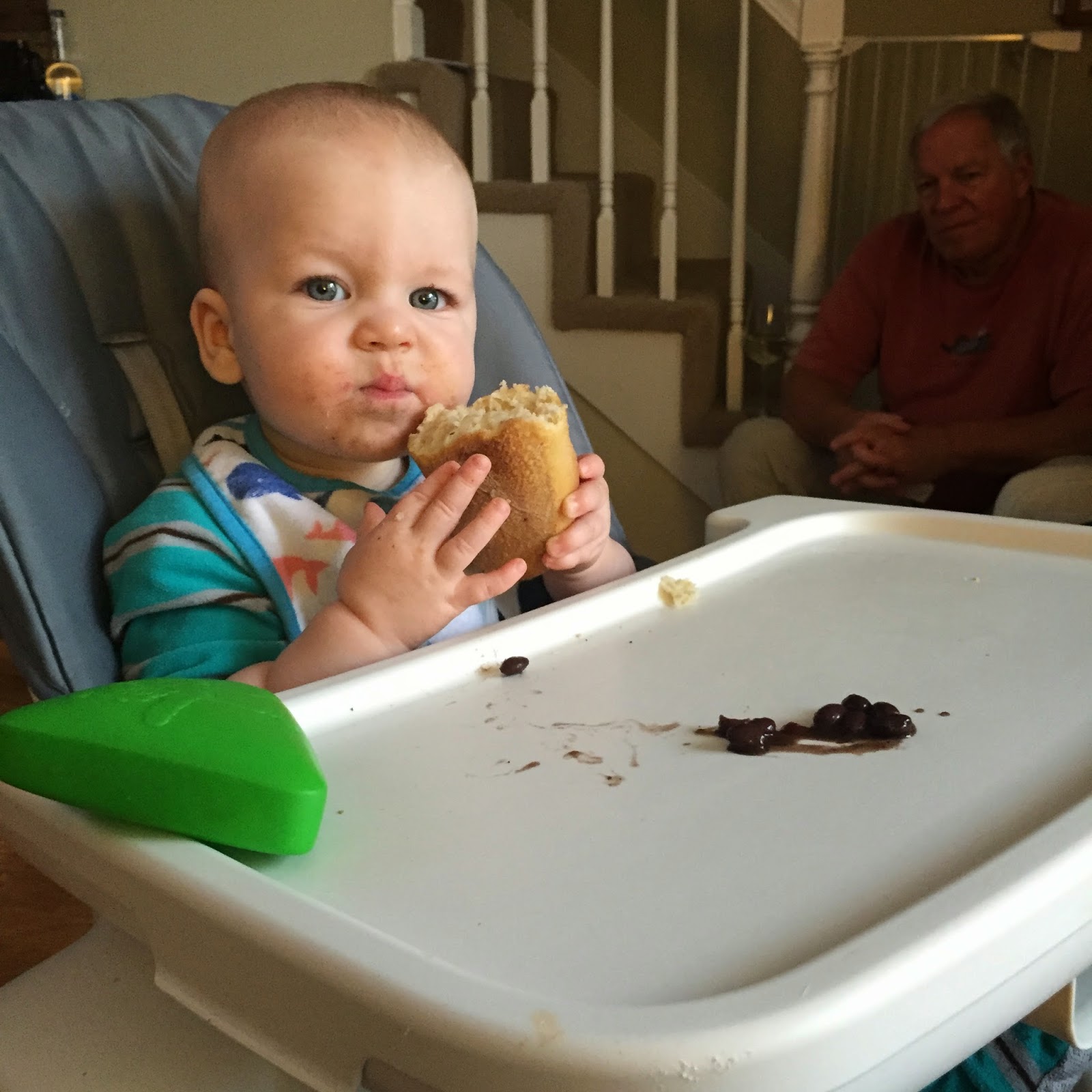 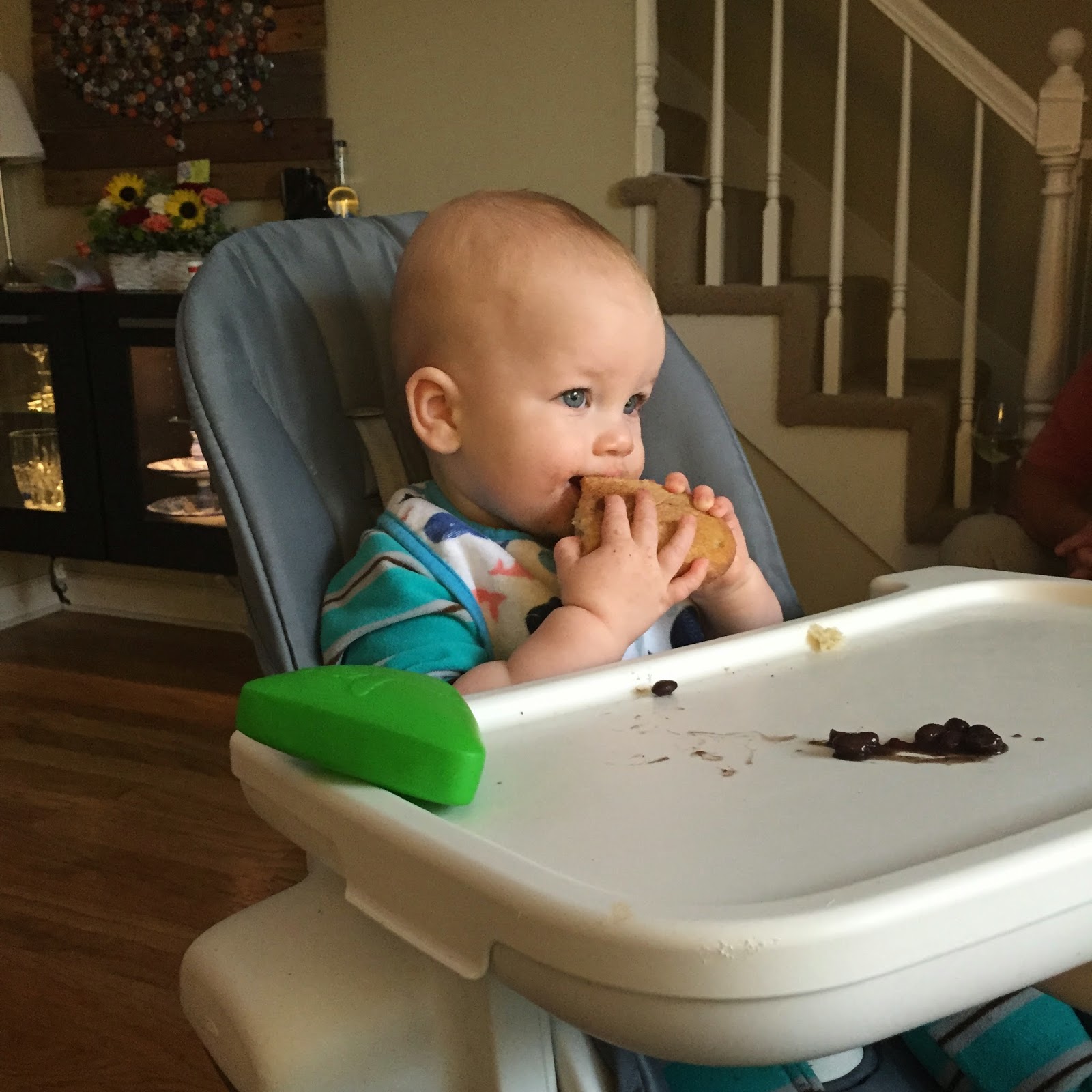 Even with all the eating he's doing, he still consumes 4-5 8oz bottles a day. He ends the night with a big ole jolly belly! 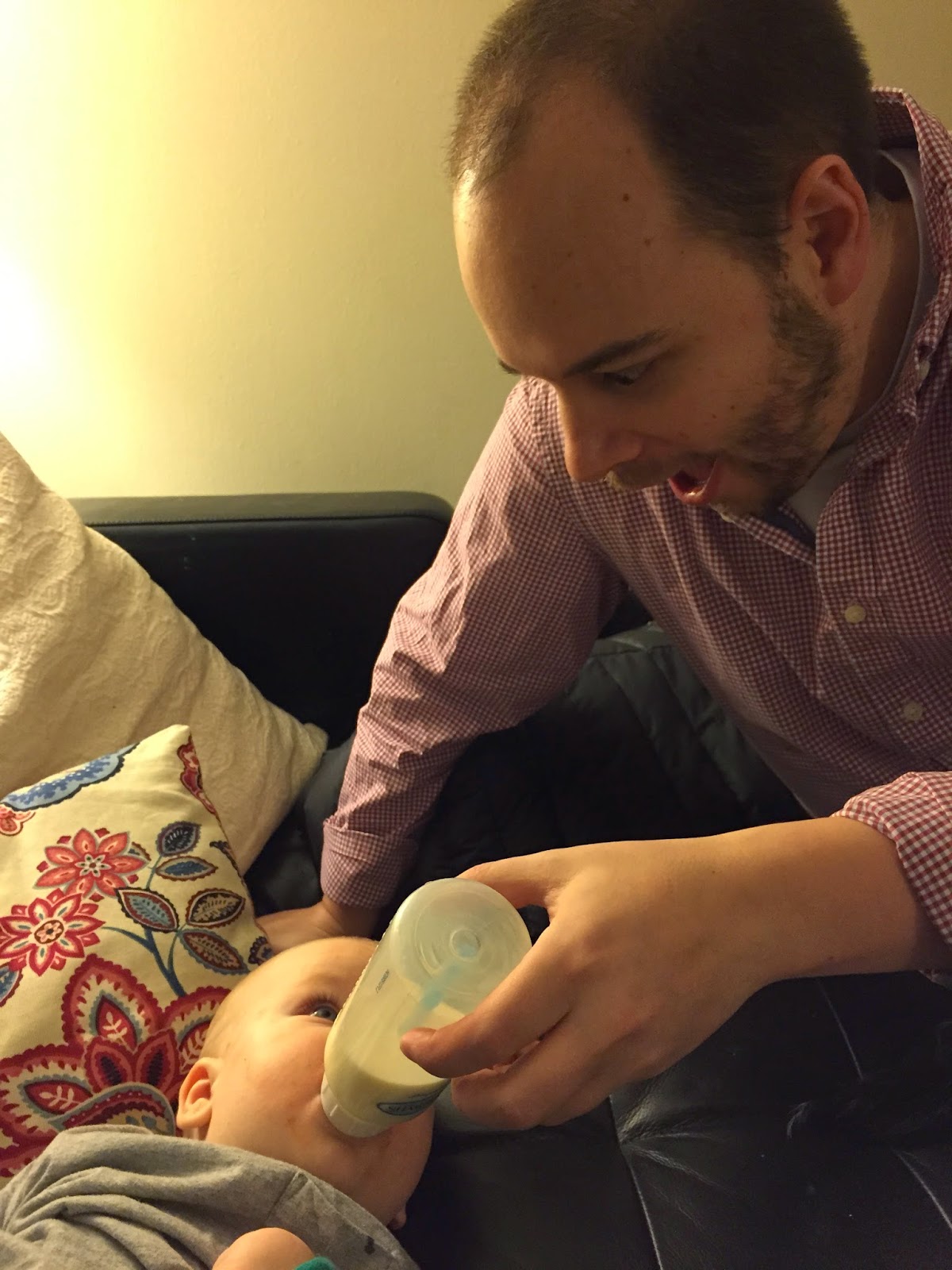 Easton is finally back into playing with toys. He was all about exploring for awhile but now that he has checked out his surroundings sufficiently, he's content to explore all the toys he has been abandoning the last month or two! 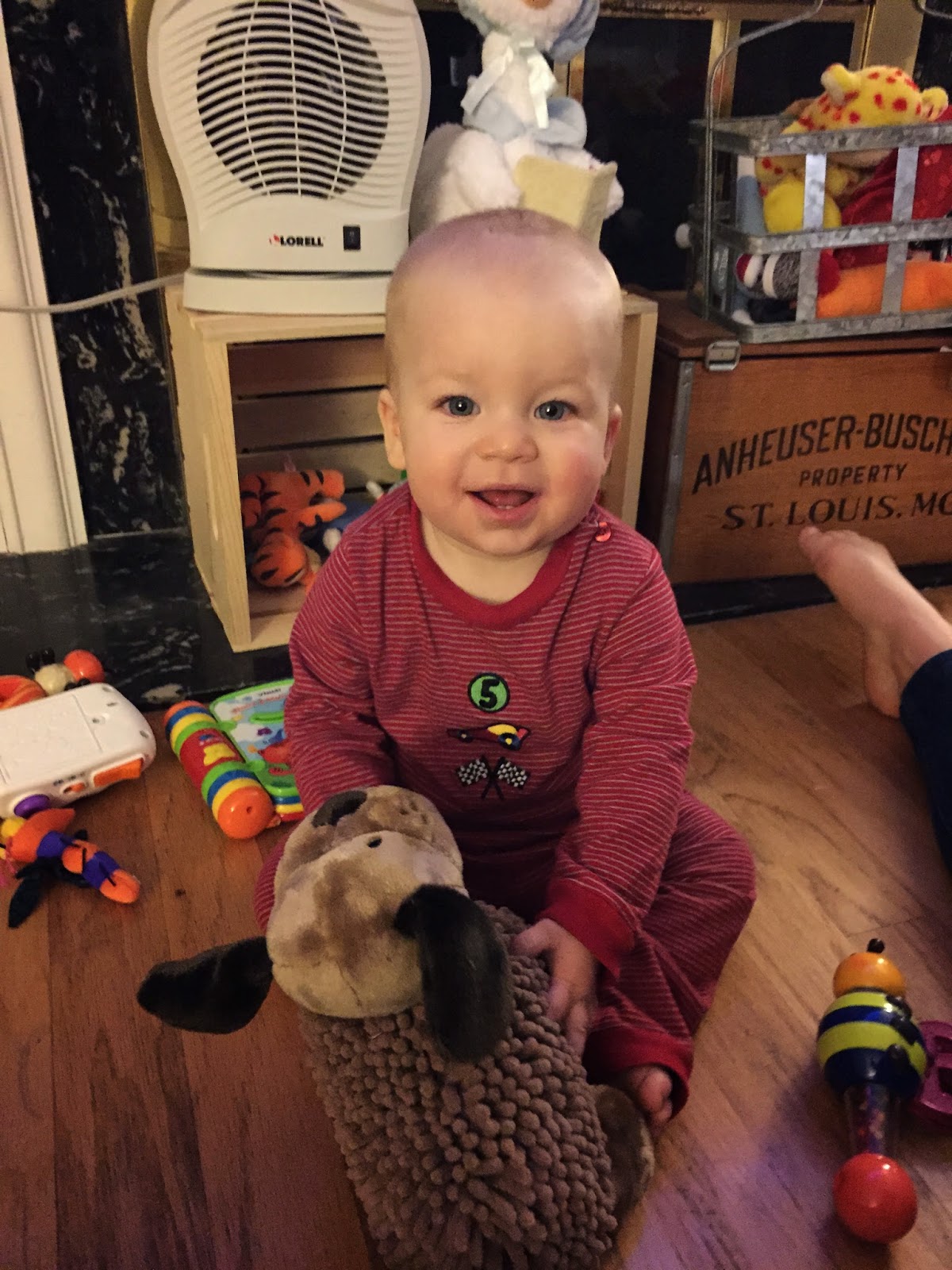 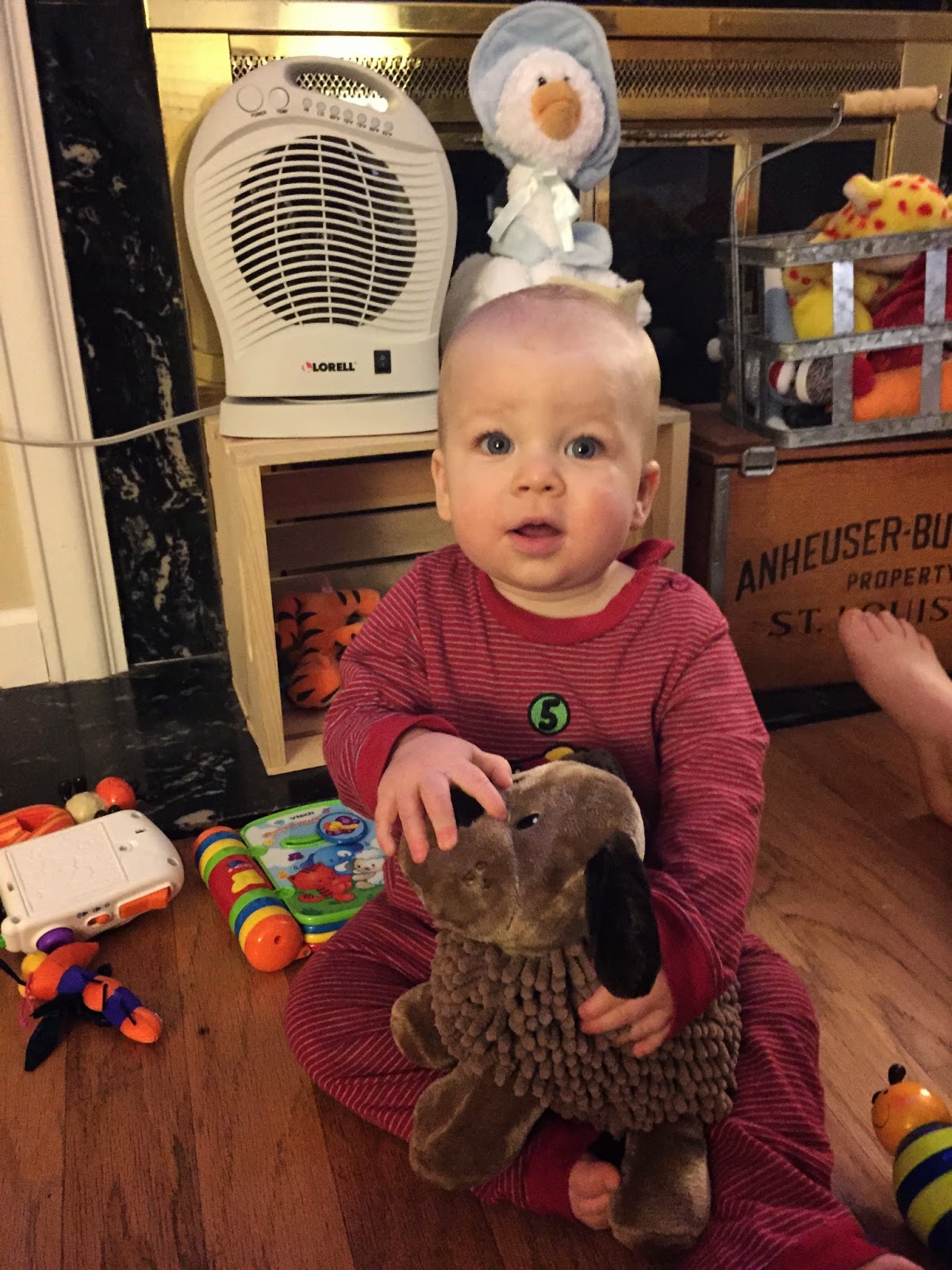 He had a lot of fun eating Mama's Sweet Potato Chili the other day. 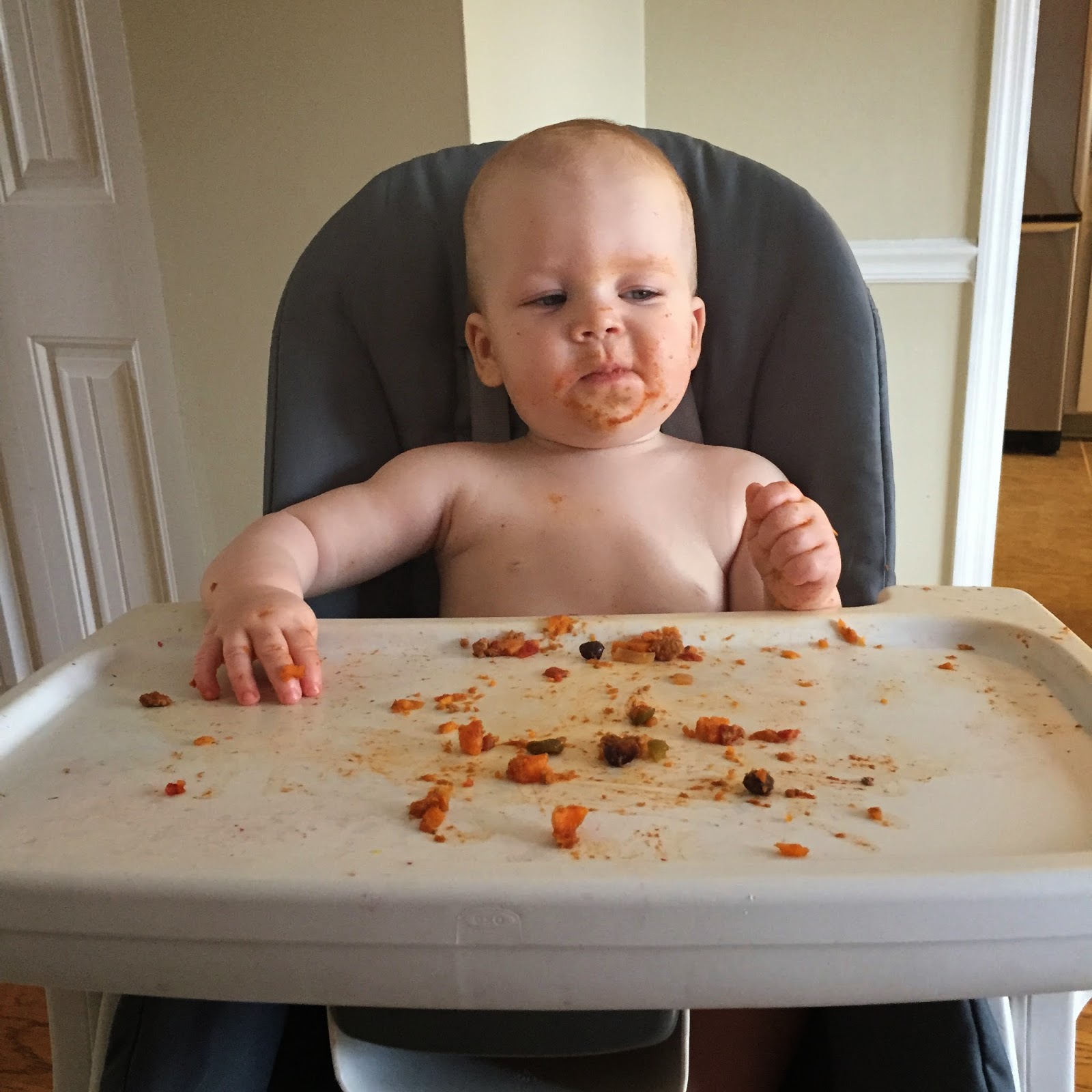 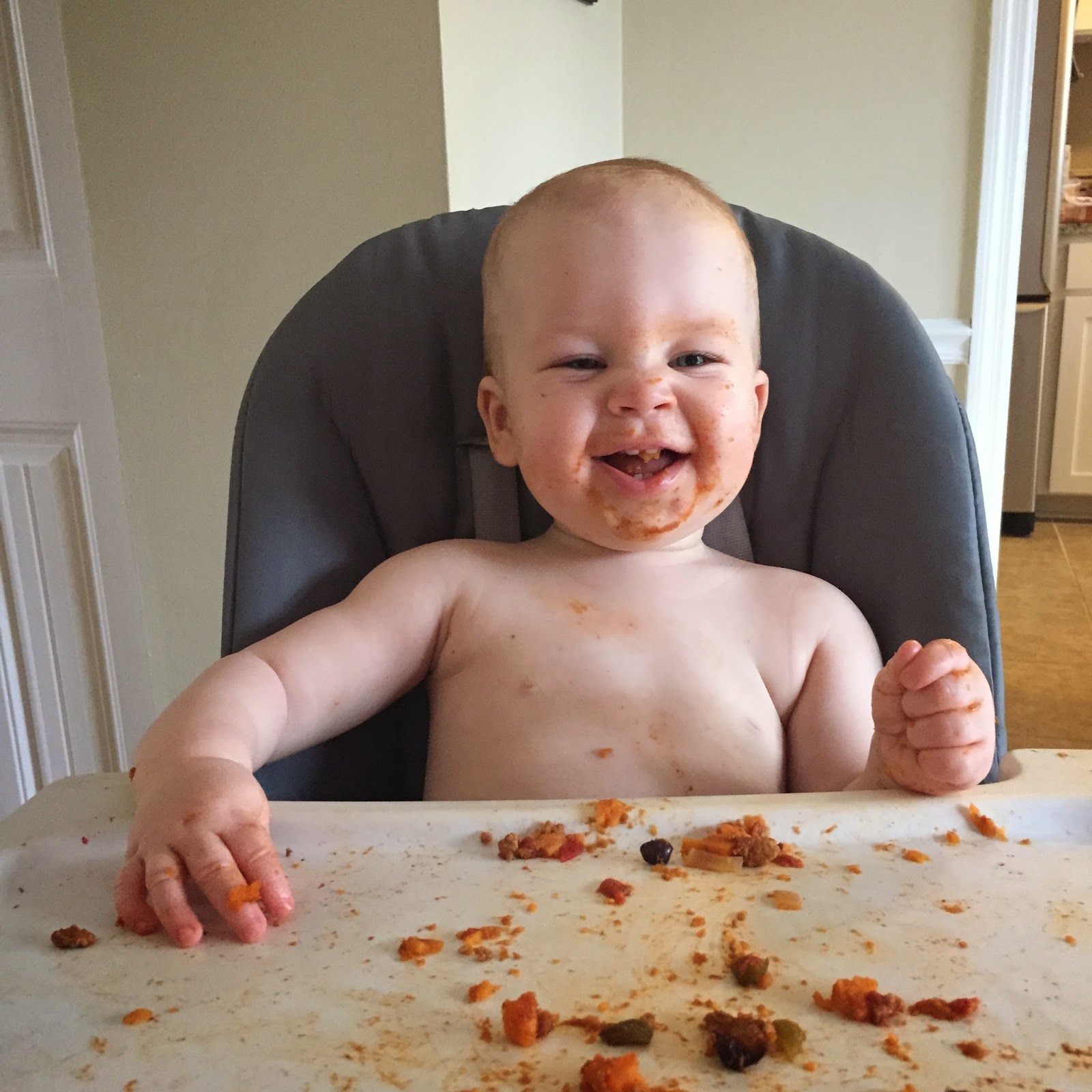 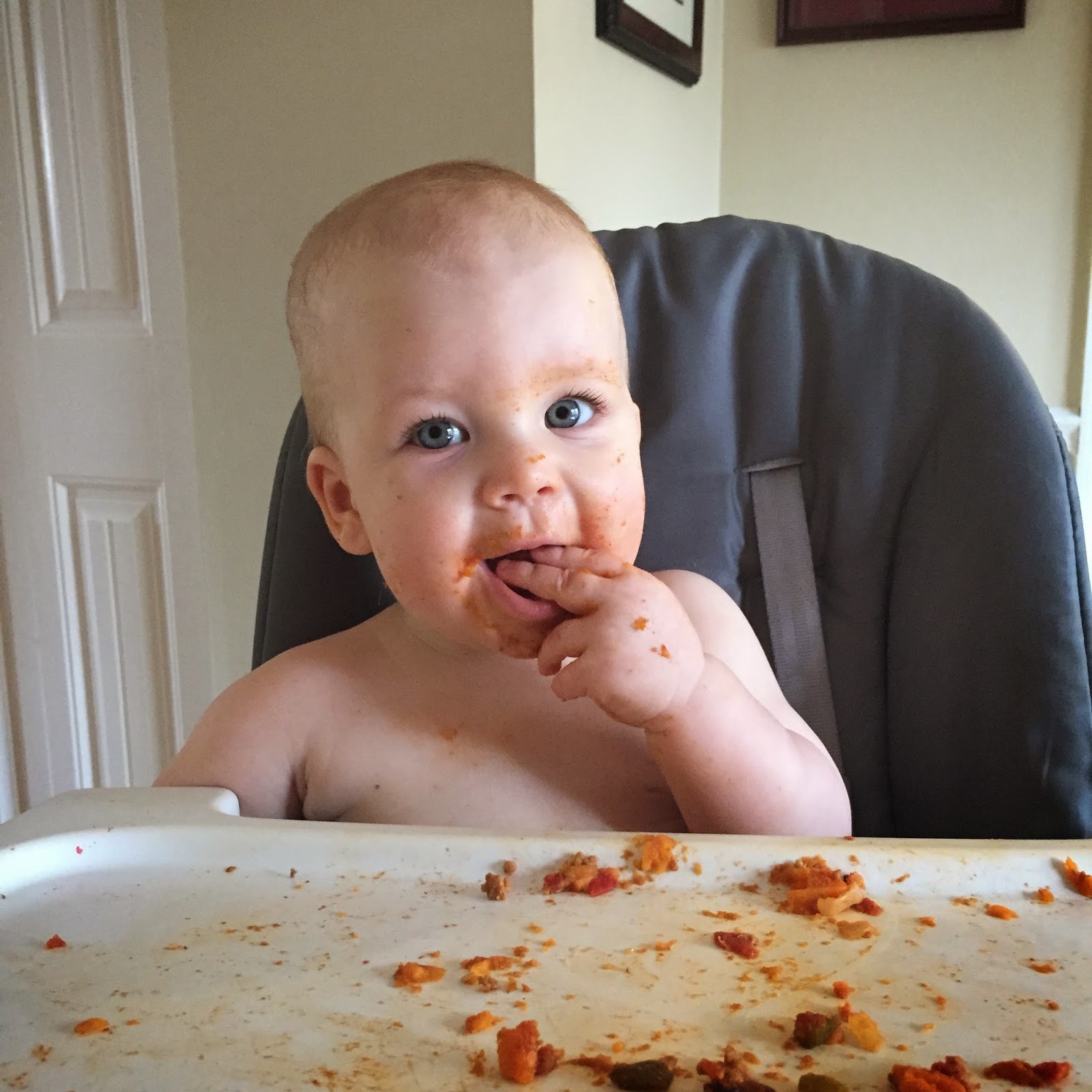 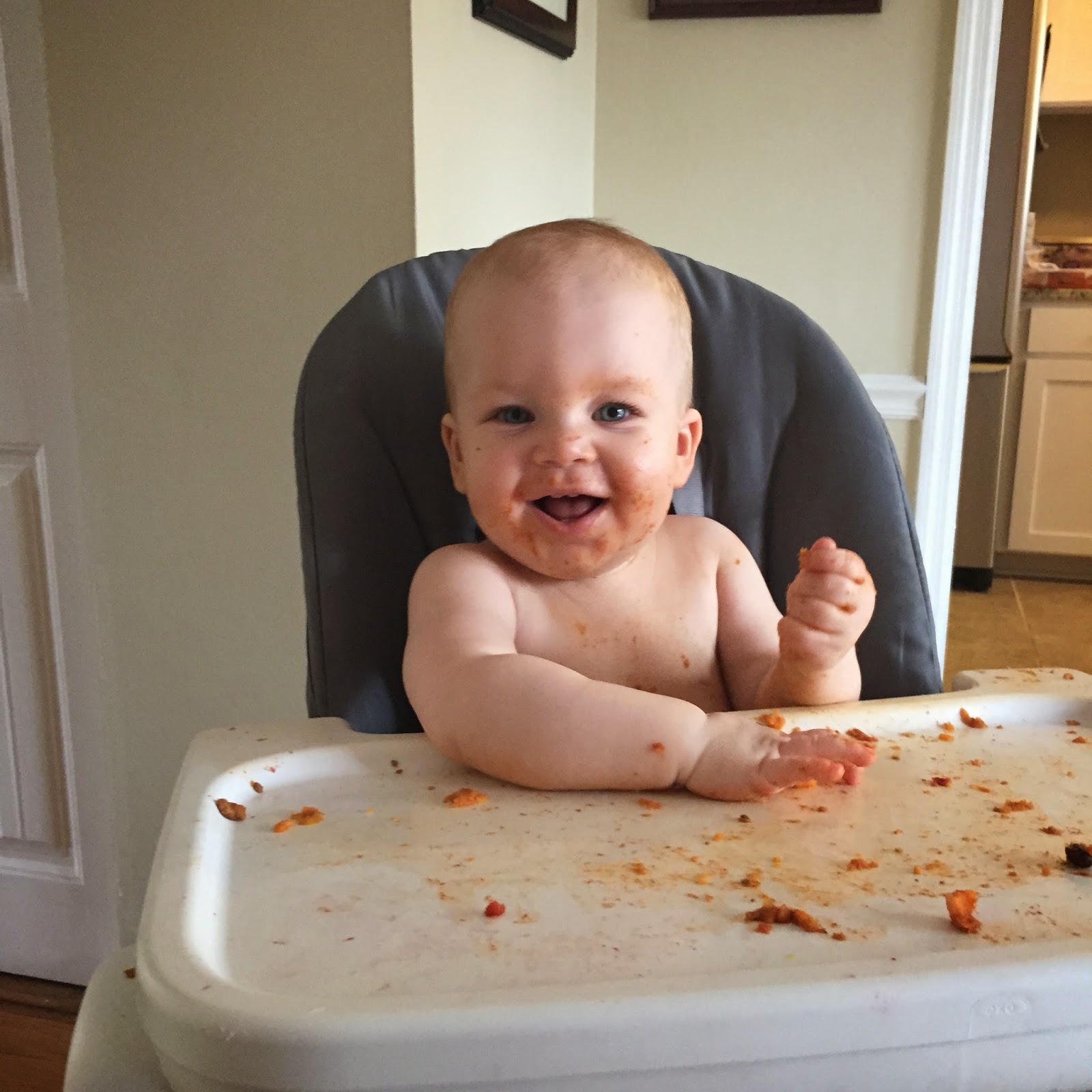 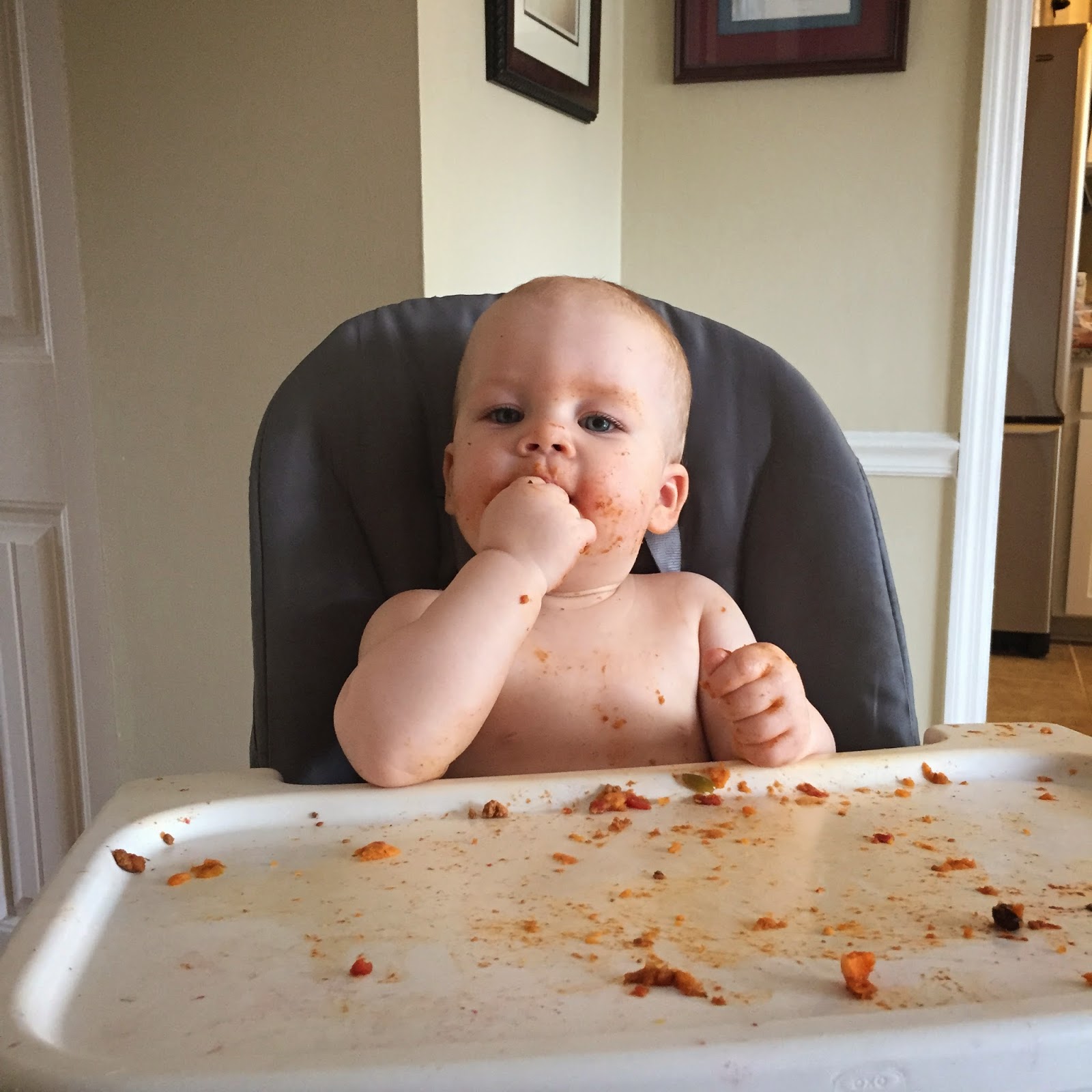 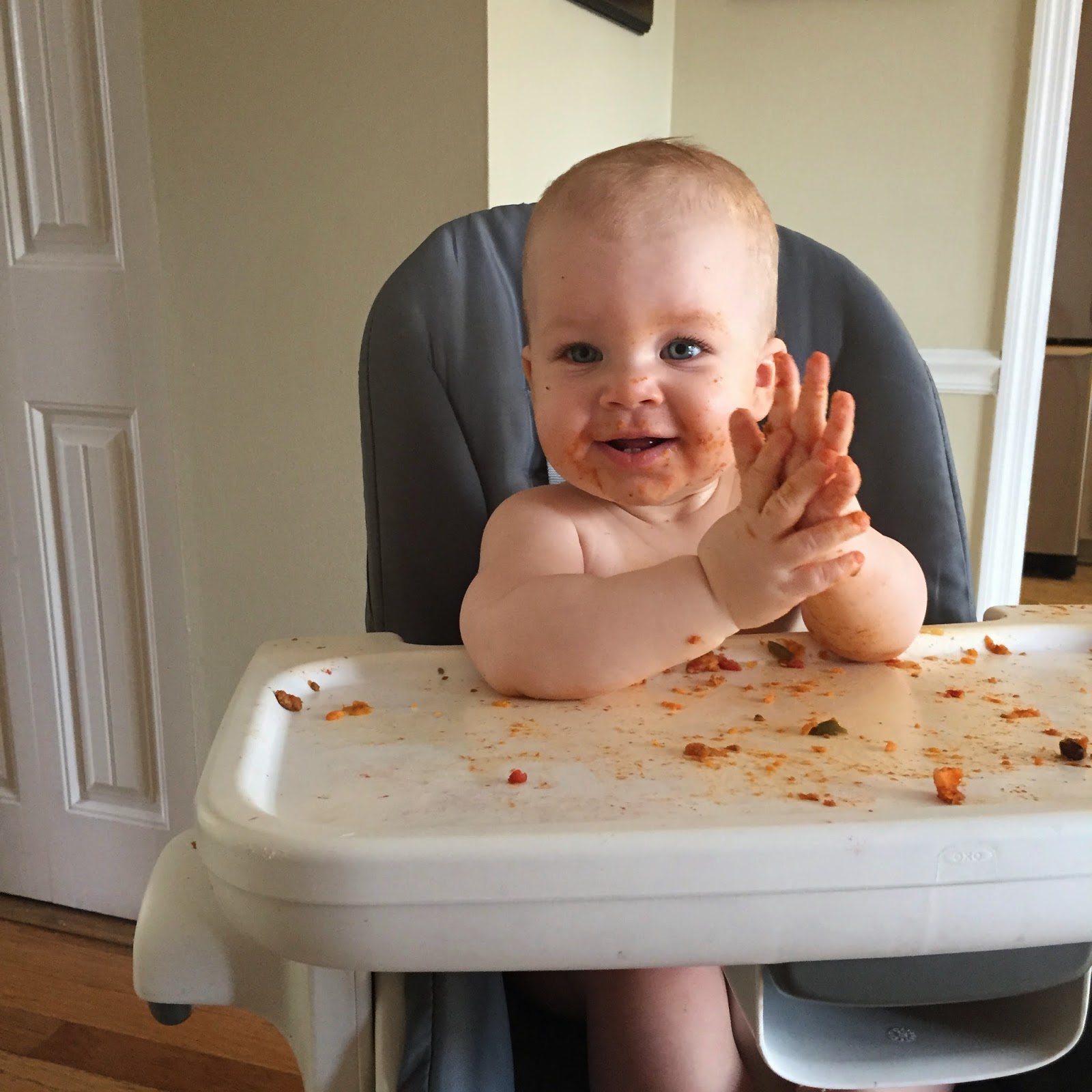 He's outgrowing his clothes like a weed! I had to start pulling out some of his "Spring Wardrobe" to keep up! 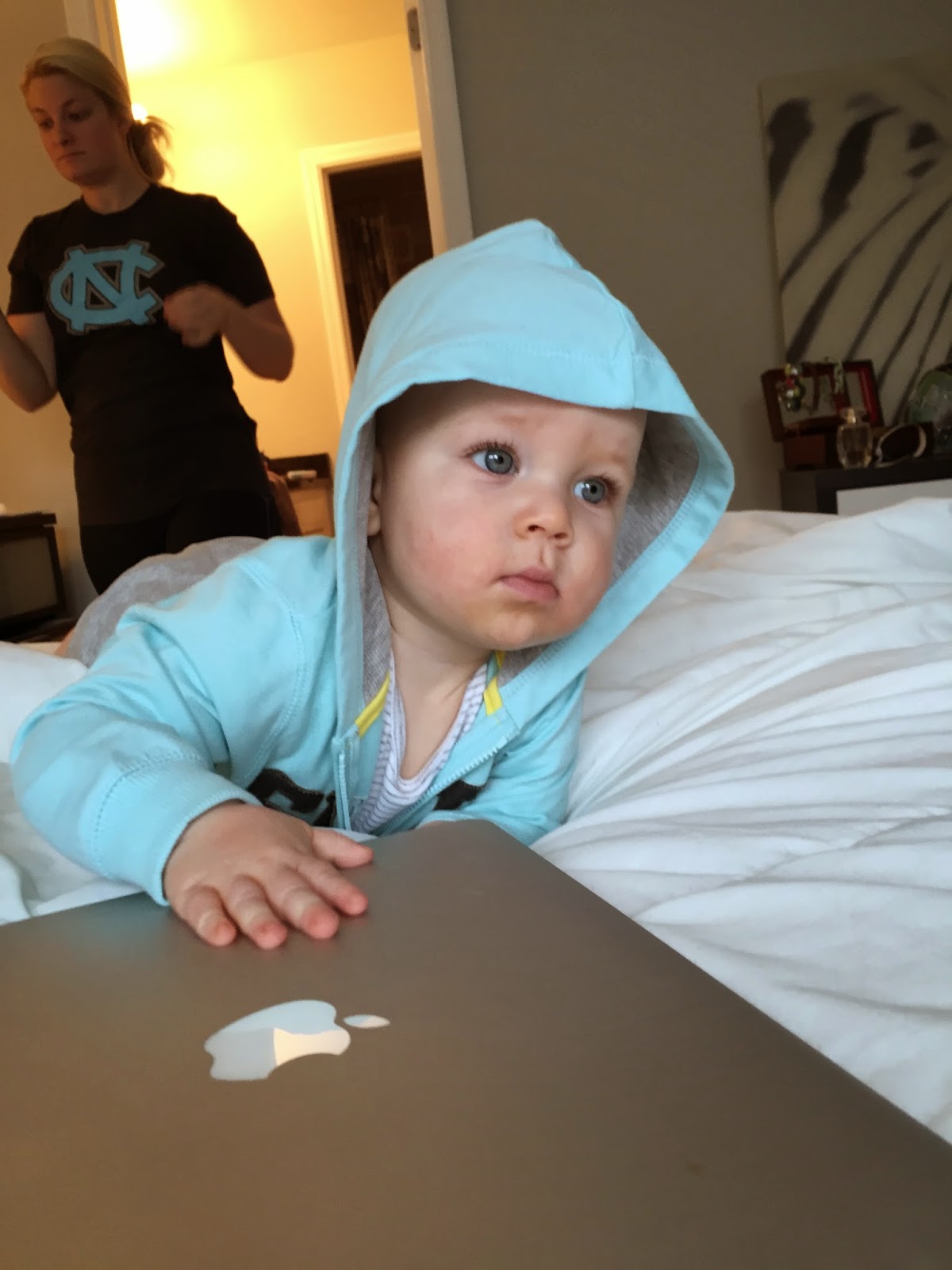 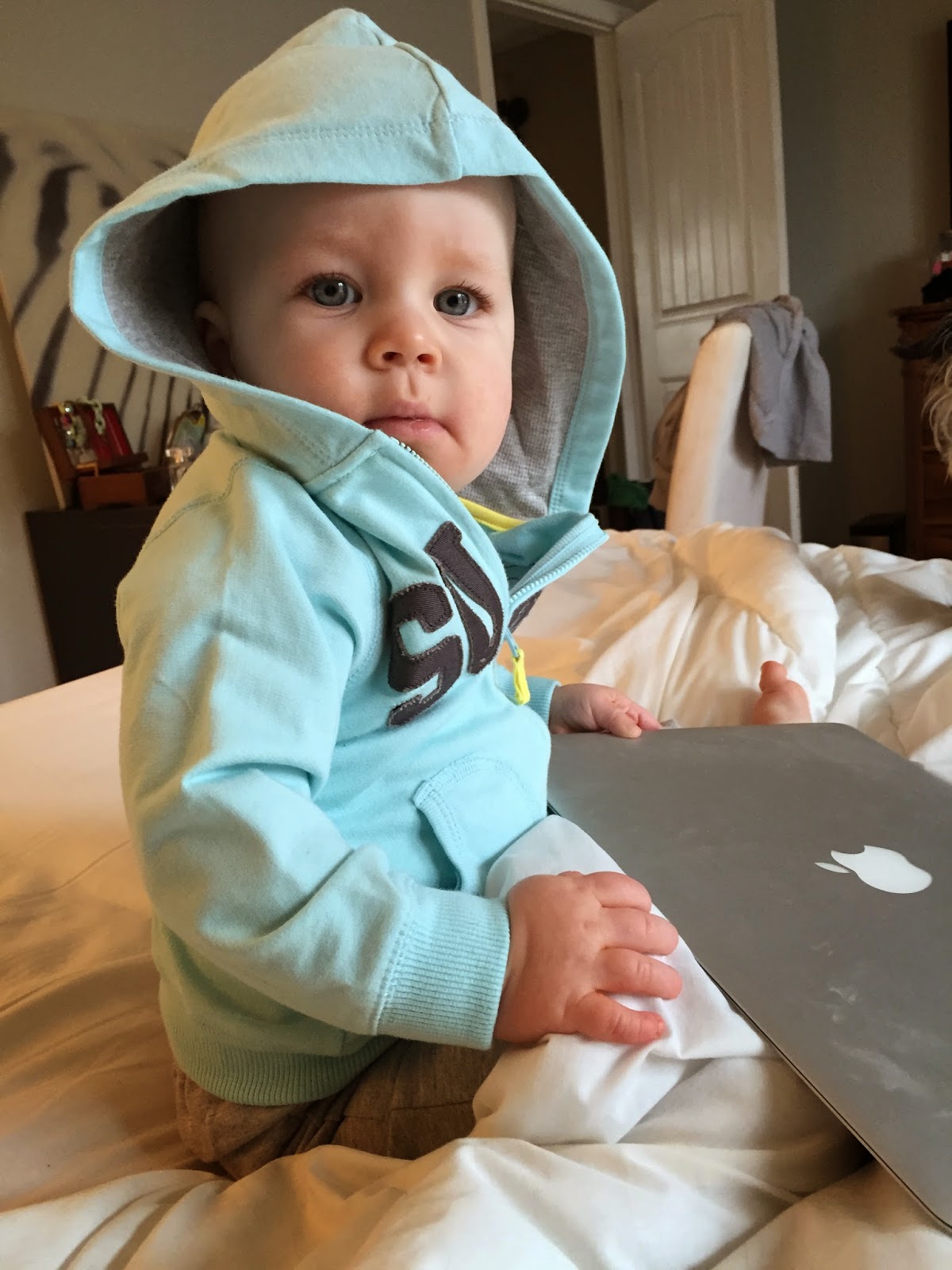 Weight: ~25lbs
Clothing size: 18 months
Teeth: 5! He has both front top and bottom two teeth and one more just cut through on the bottom!
Level of mobility: He can crawl, climb stairs, pull himself up on anything and can take independent steps with his push-walker
New development milestones: Dancing to music and waving!
Favorite activity: Trying to eat the dogs' food.
Sleeping: We think he's going through a growth spurt. Last night he slept 15 hours and still went down for a 2+ hour nap. Most nights he sleeps 12 hours and has two-three naps during the day, each from 1-3 hours long.
Favorite Food: The kid is a life size garbage disposal. We can put anything on his tray and he'll woof it down.
Least Favorite Food:  He wants nothing to do with pureed baby food anymore!
Words?: The only one he really says is Mama but he's working on "Dada"