Oh man. What a week we had last week. A no good, very bad, horrible week. 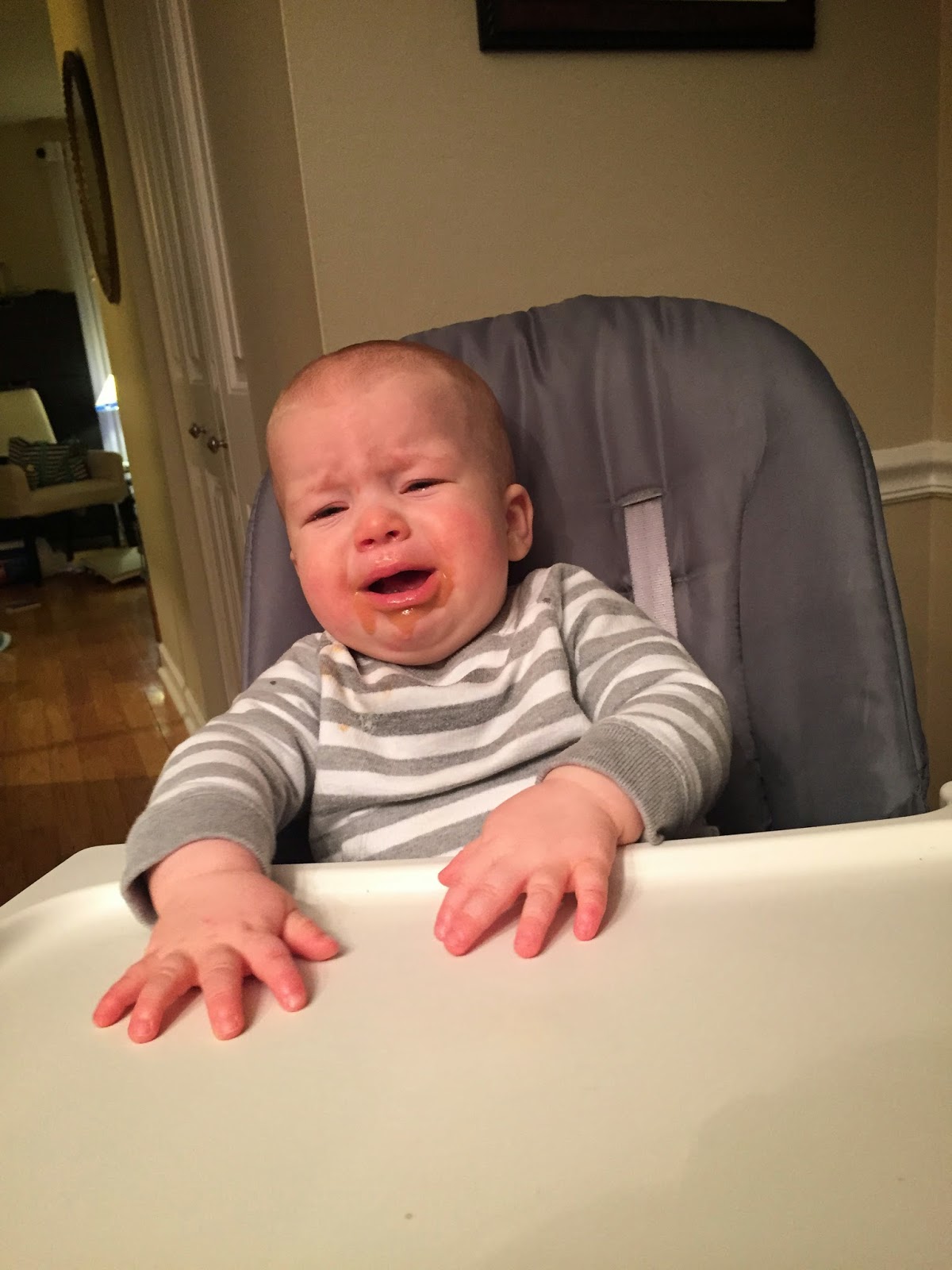 What made our week so bad? A lethal combination of things. Stomach bugs, Branch going out of town for the weekend and Easton's two front teeth coming in. Ay yi yi! But we made it through and hopefully this week will go much better!

In between the tears, I was able to grab a few good pictures - a nice reminder that things really weren't that bad (I've just been spoiled by an easygoing baby).

About a week and a half ago, I took Easton in to see his Daddy at work.  We never make it past the front desk without a stop first to see his Diane :) 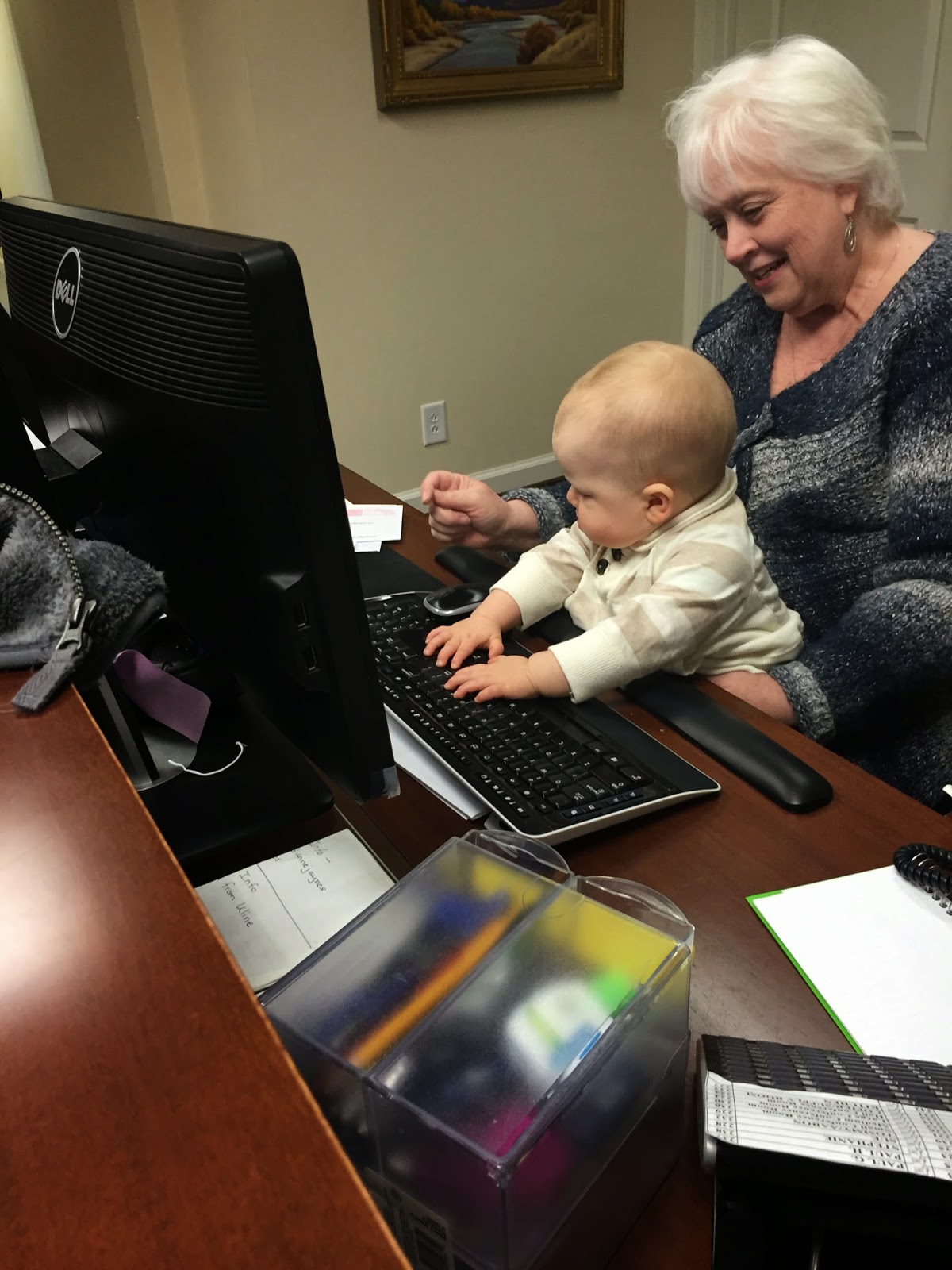 Working on a very important memo!

A week ago Friday, we went to our friends house for dinner. Andrew and Patty have the most amazing couch and Easton made himself at home in the corner while we had dinner and played board games! 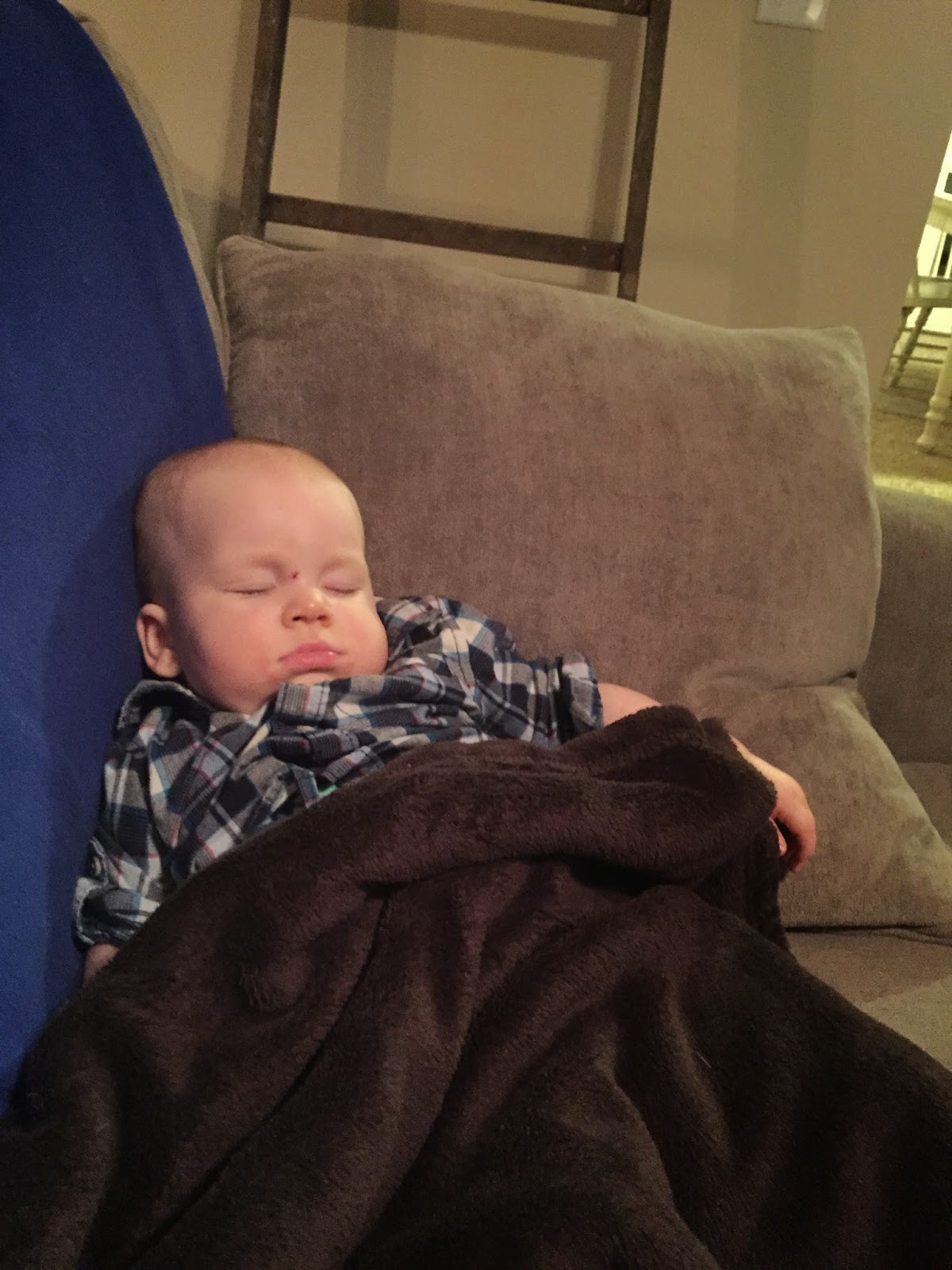 So the beginning of last week was GREAT! The weather was beautiful and unseasonably warm. Easton requested he take his lunch out on the patio and I was happy to oblige. About 30 minutes after this picture was taken, I received a text from Branch asking how I was feeling. I responded that I was fine, and asked how he was doing.  Less than an hour later, Branch was at home and in bed with a headache/body aches while feeling nauseous and feverish. By 6pm he was vomiting. By 9pm my stomach started hurting and then I knew we were in for it. 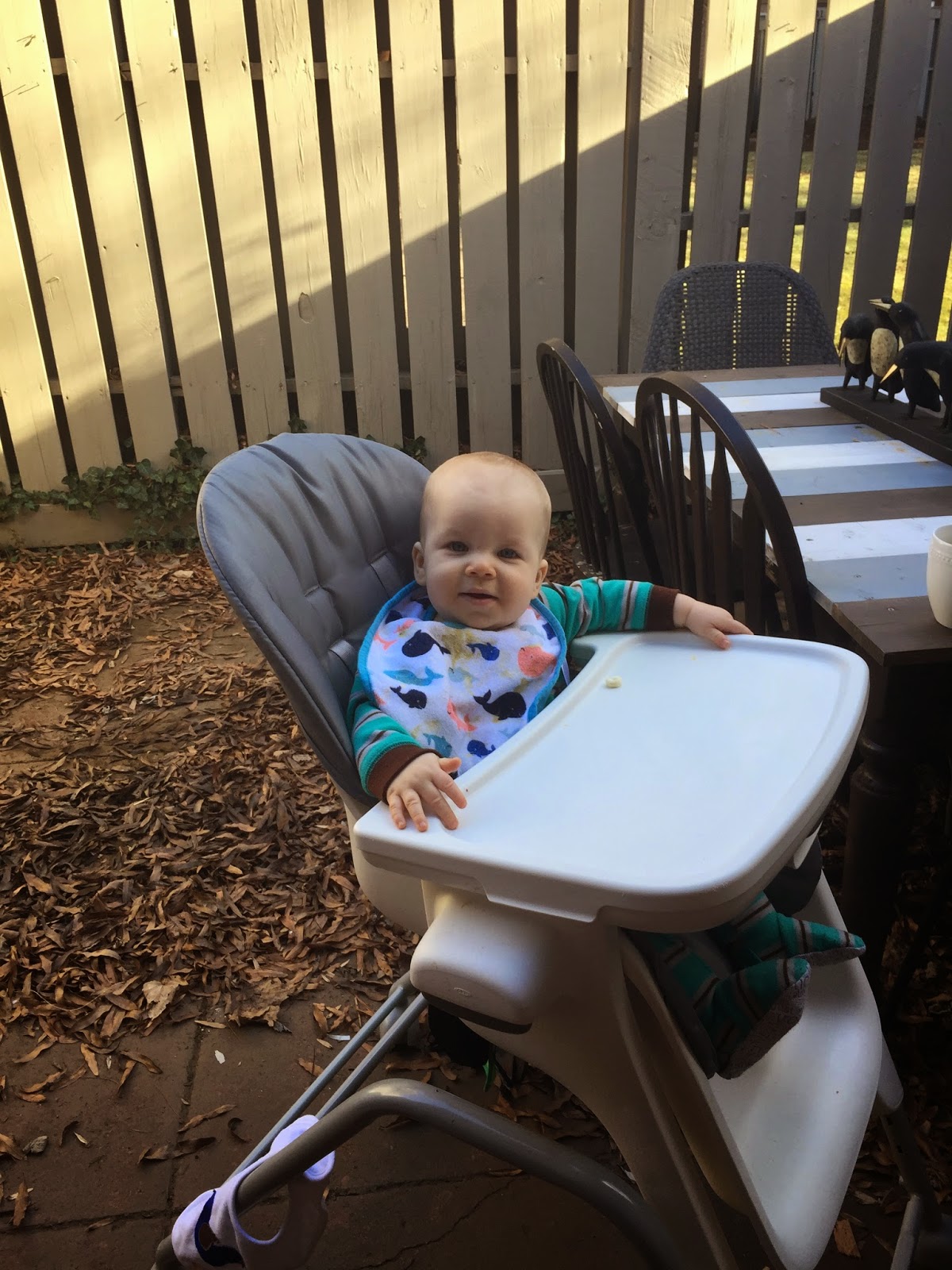 Wednesday we were both laid up in bed taking turns over who had to take care of Easton. Parenting while being sick is the worst. I'm not sure if East ever got it, but he did nap for about 6 hours so he definitely wasn't feeling his best.


In the midst of our pain and suffering, Branch was able to snap these pictures before E went down for his second nap of the day... 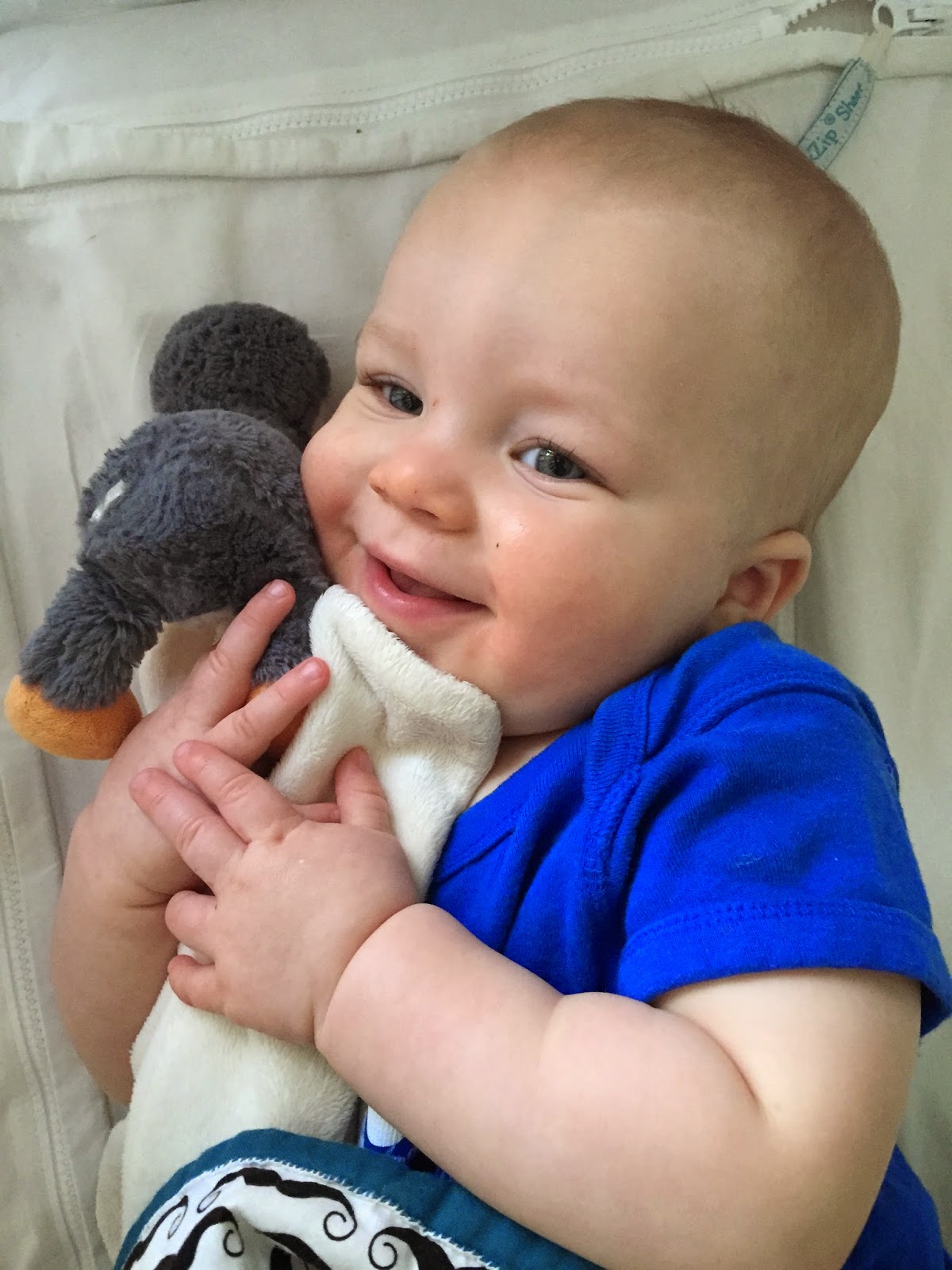 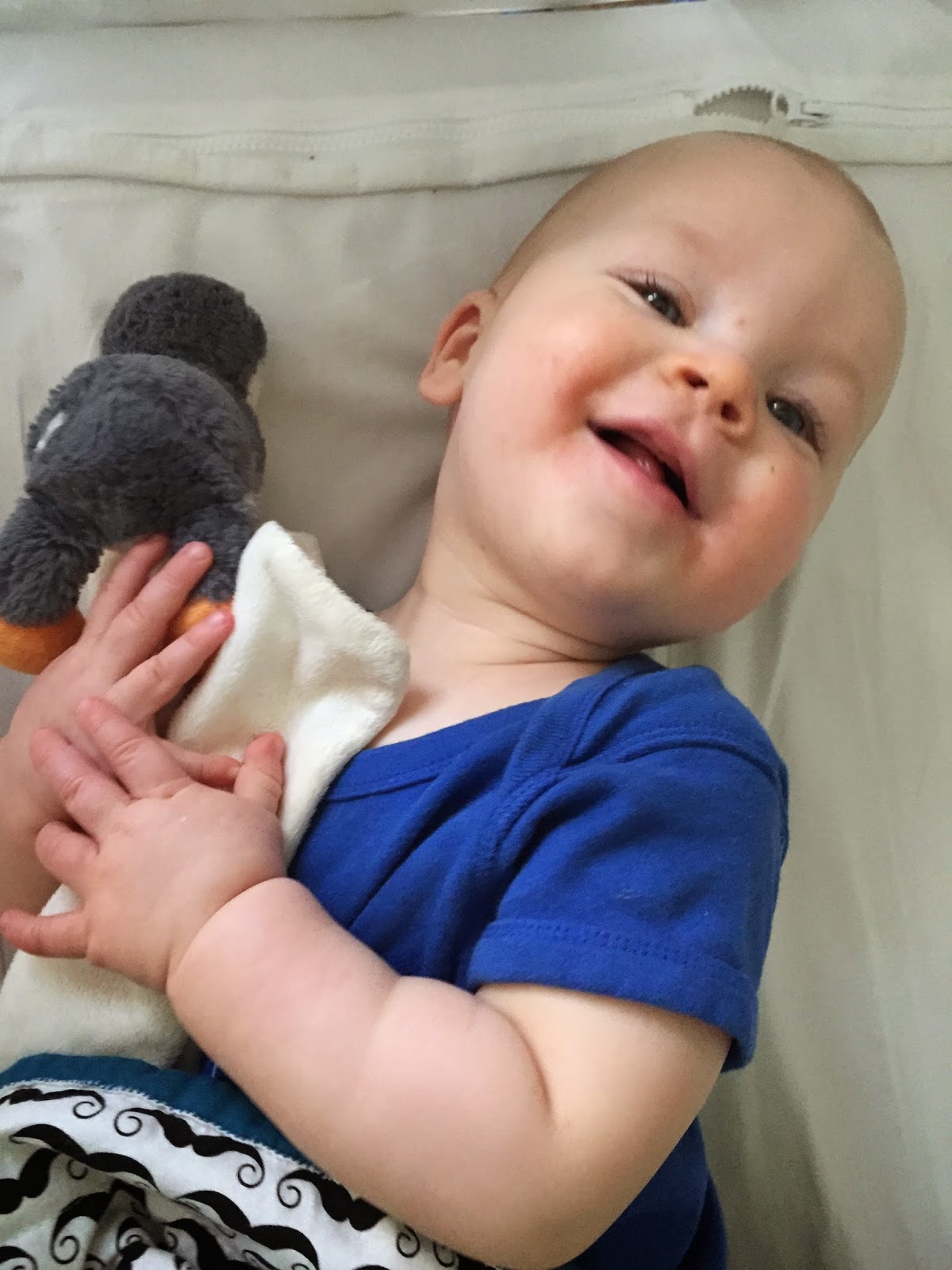 I'm not sure he could get any cuter :) 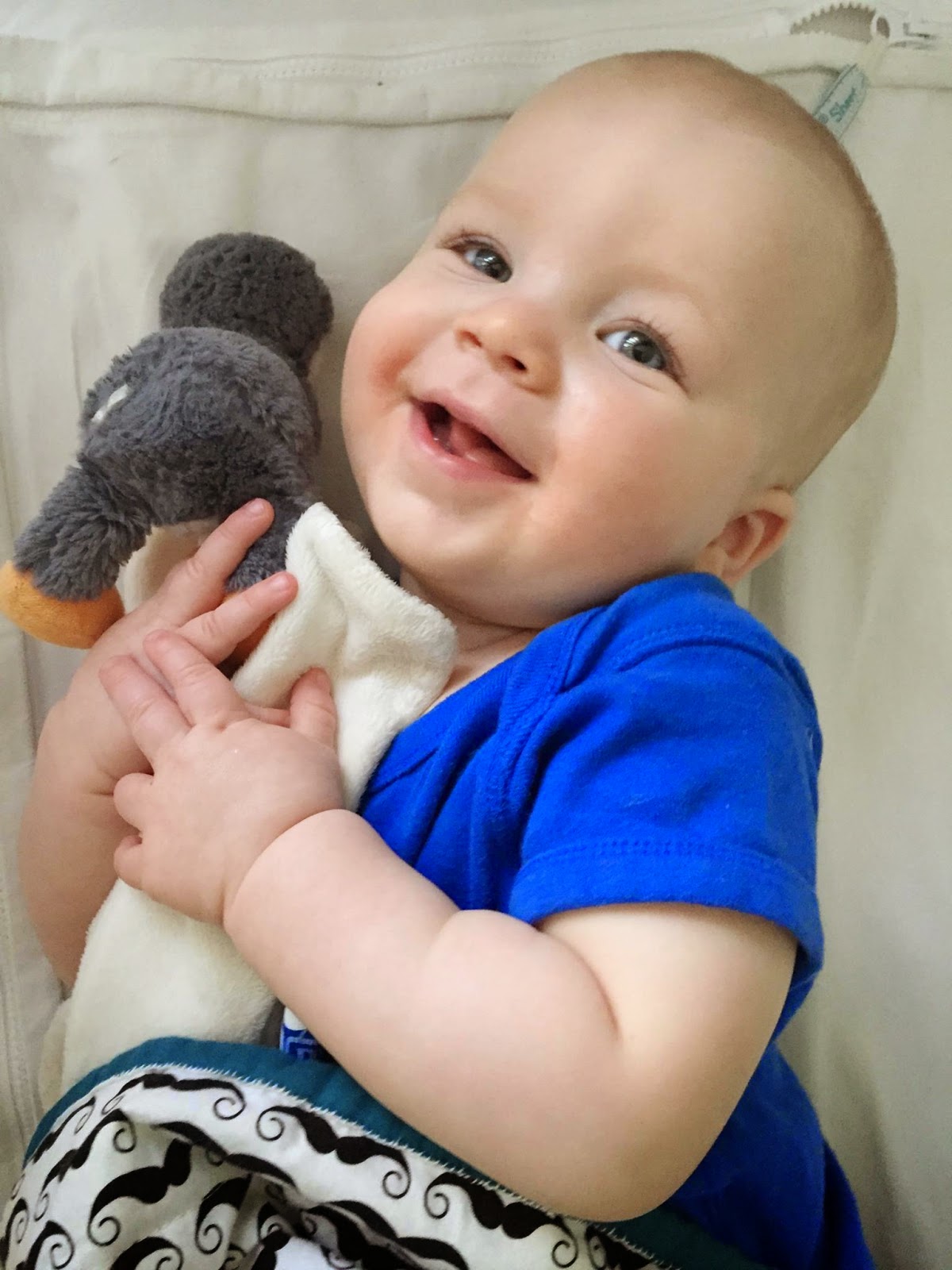 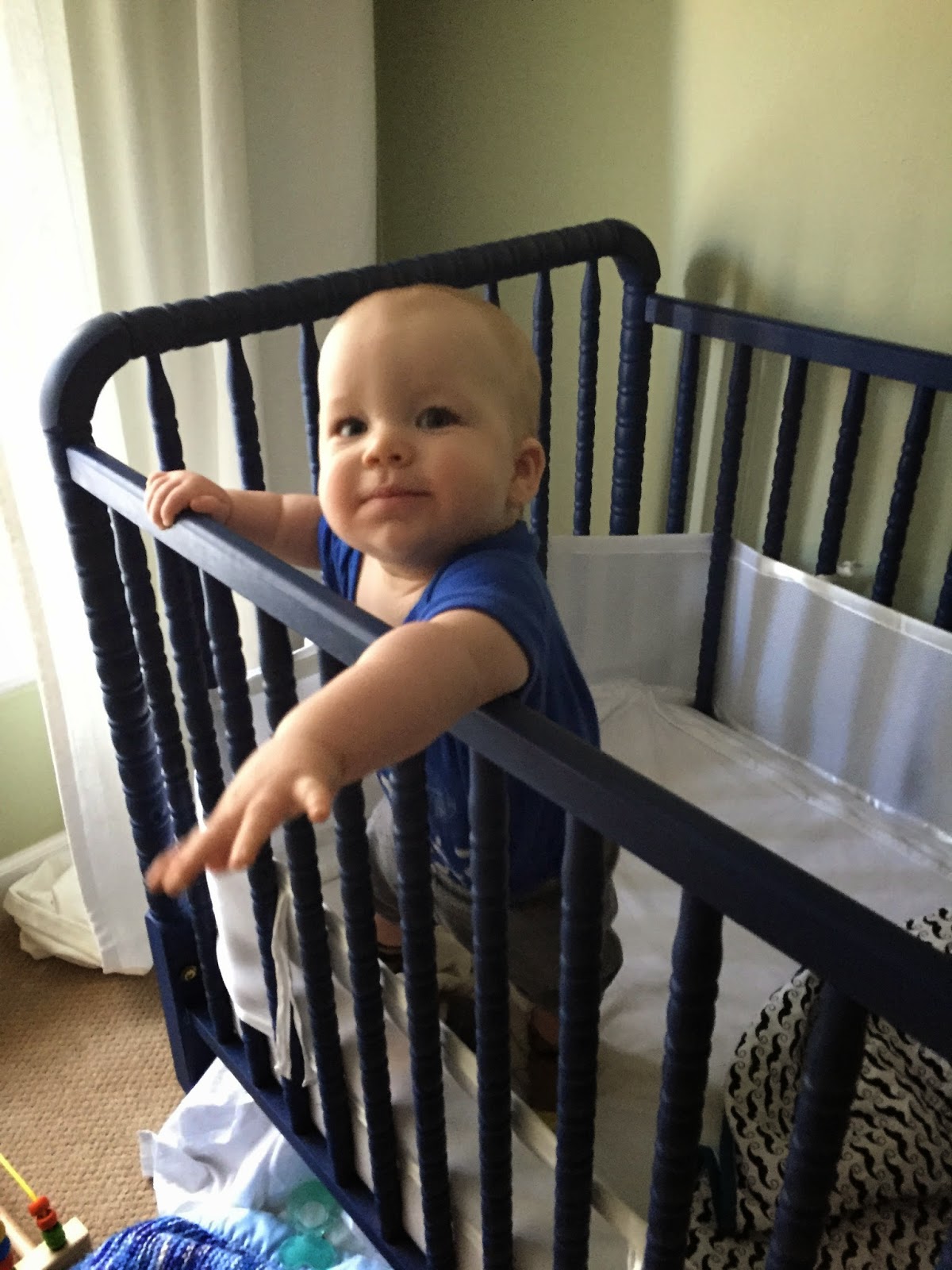 Thursday had our stomachs feeling better but it soon became obvious that Easton's teeth were bothering him. Our typically easy-going baby was now fussy and impatient and suffering from some pretty erratic mood swings. I feel like I had a preview into toddlerhood and I'm not looking forward to it! Branch left to go to Tunica with his mother on Friday.  I know they had a great time and I hope they enjoyed it but boy, oh boy, does it make things harder!

Fortunately for me, my mom came to the rescue and watched him Saturday night so I could go have fancy lady drinks with my friend Nina. Having some baby-free time really saved my sanity! Branch came home Sunday afternoon and it's so good to have him back!

We're still working on eating solids. Bear is basically done eating pureed baby foods so now we're letting him feed himself "soft" solids. He still sometimes gags on an un-chewed piece but he's getting there! 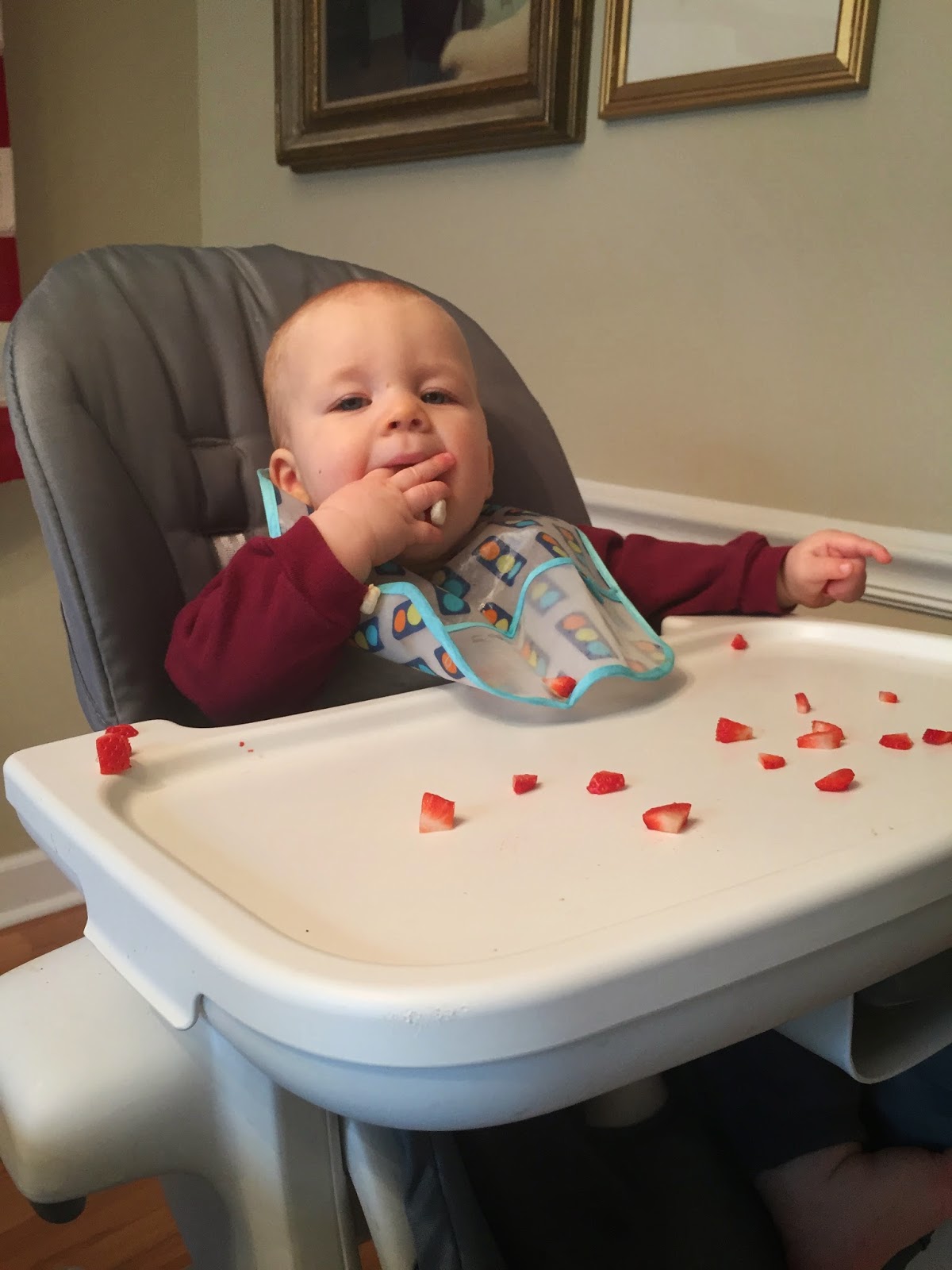 Sometimes he likes being in his high chair, sometimes he gets bored... 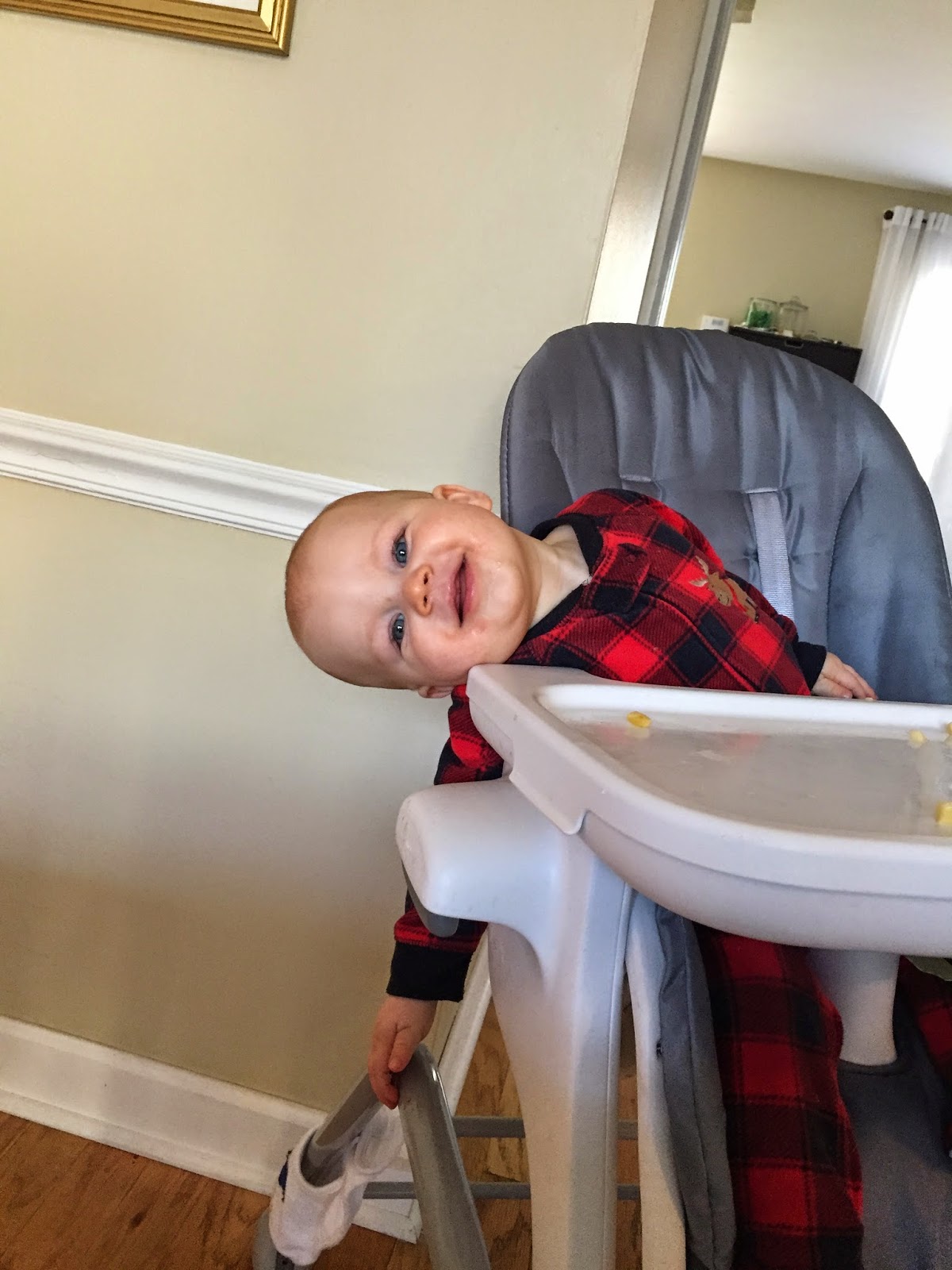 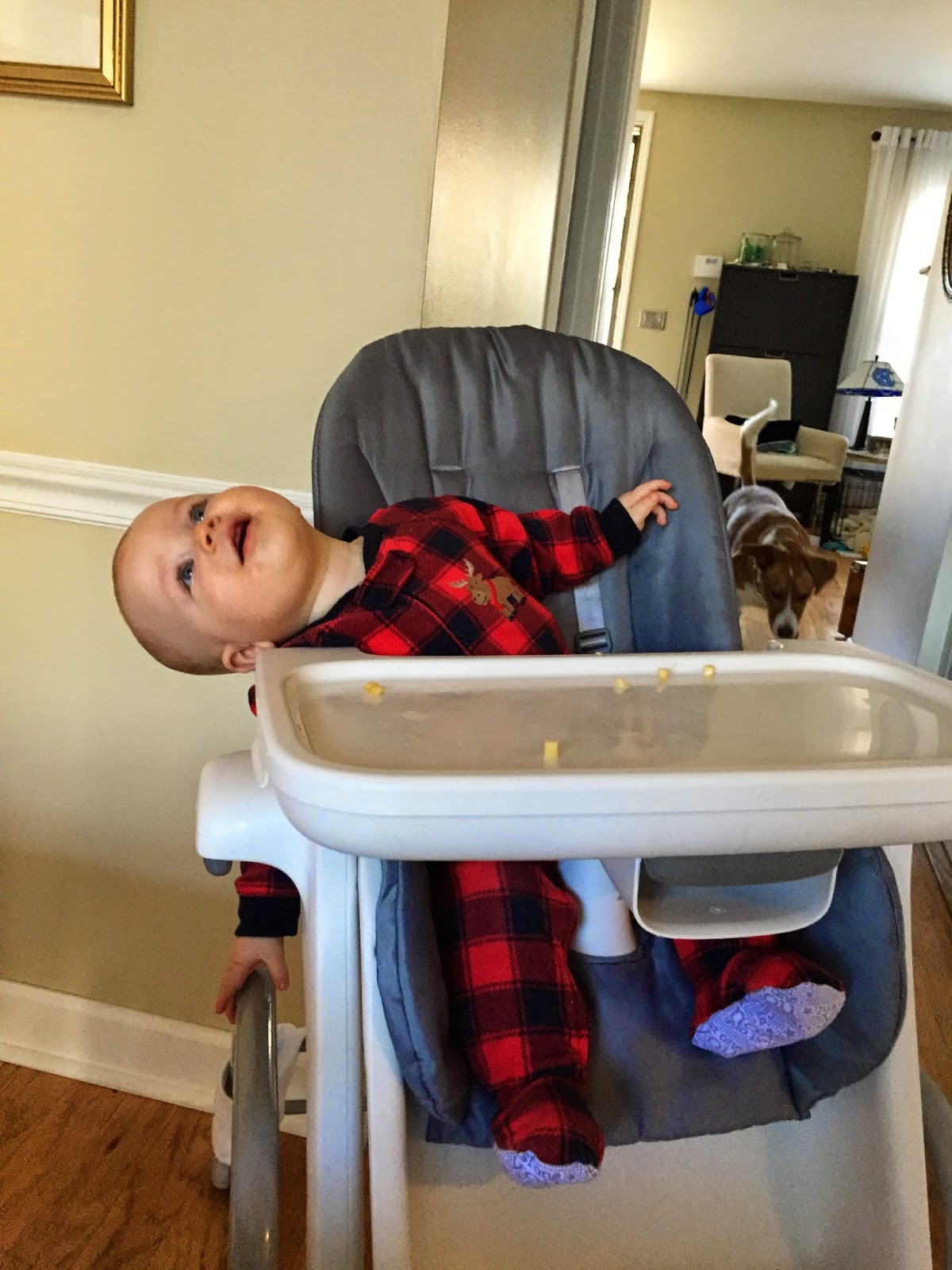 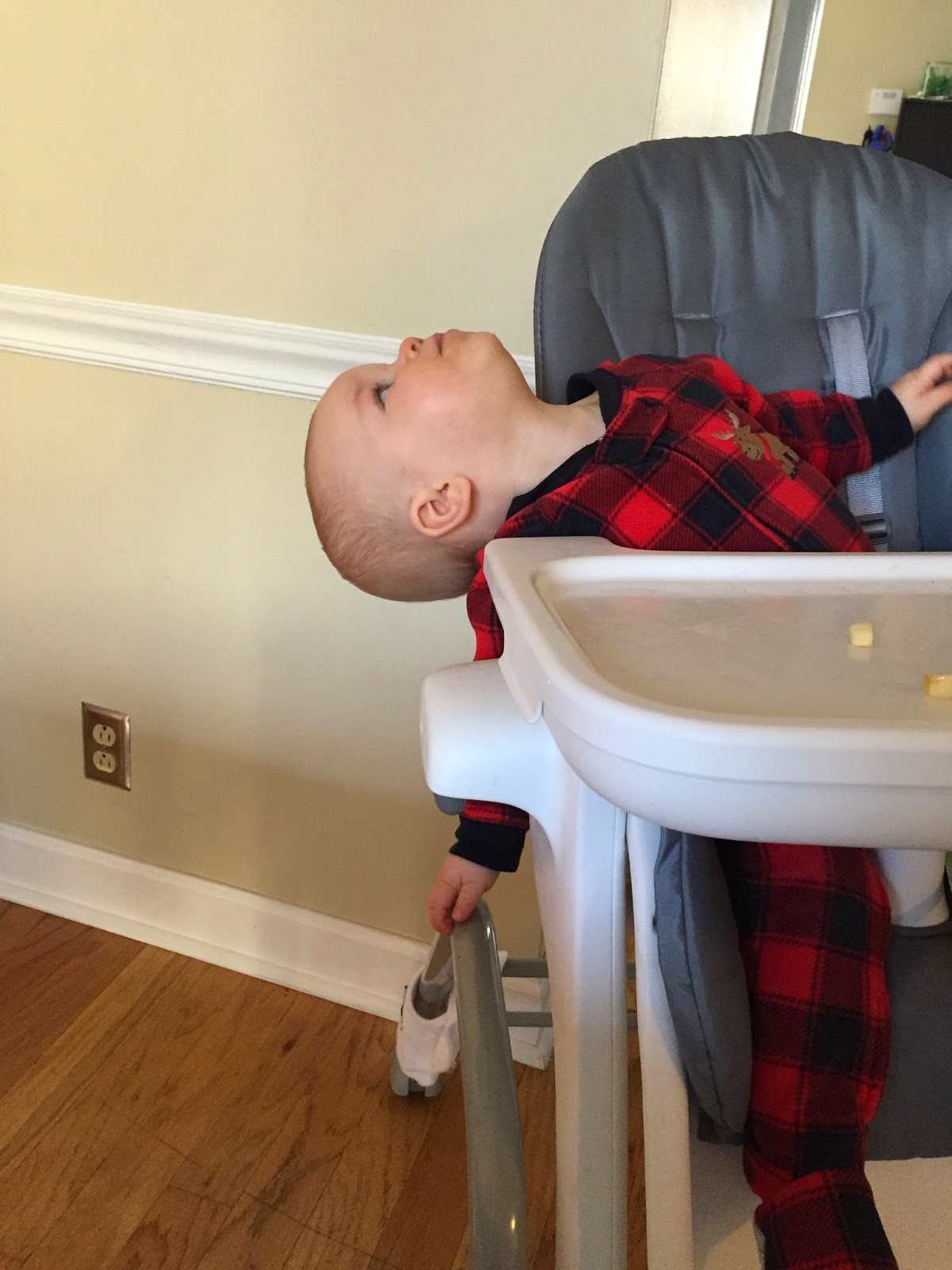 Playing still mainly consists of exploring. He wants to go everywhere and touch/feel everything. He's really independent and doesn't look to me for reassurance very often. 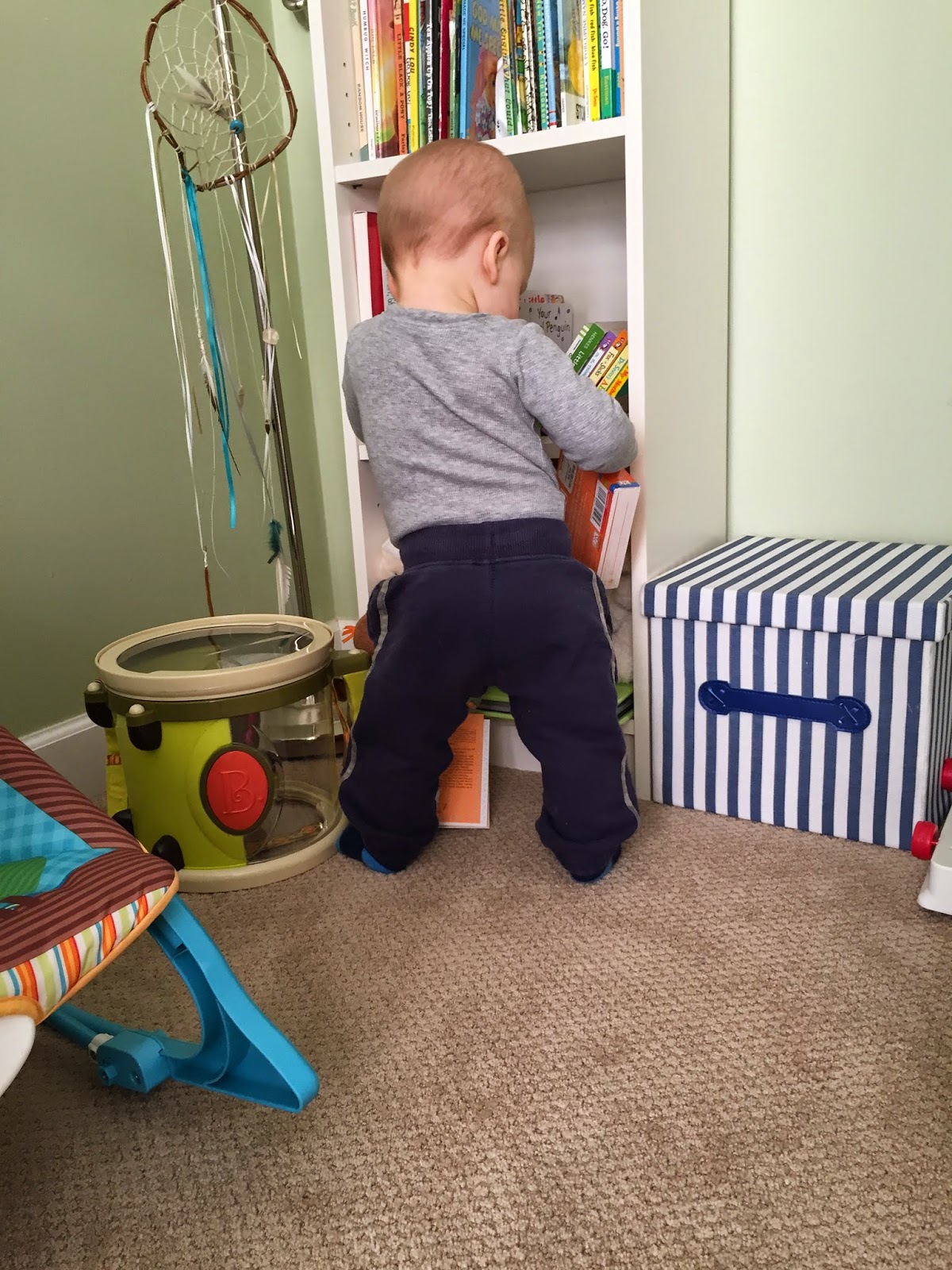 I think it is the cutest thing when babies sit back on their knees: 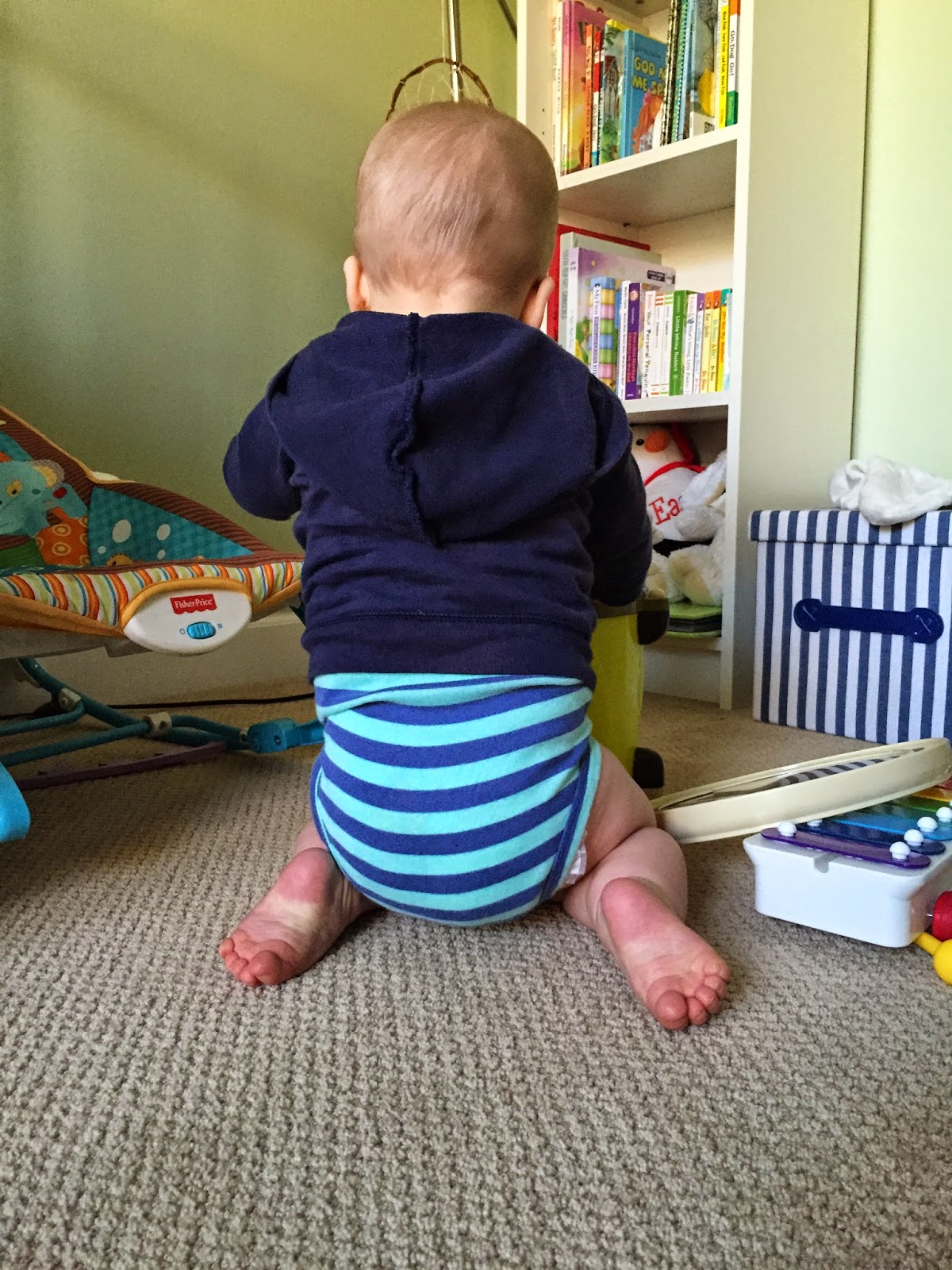 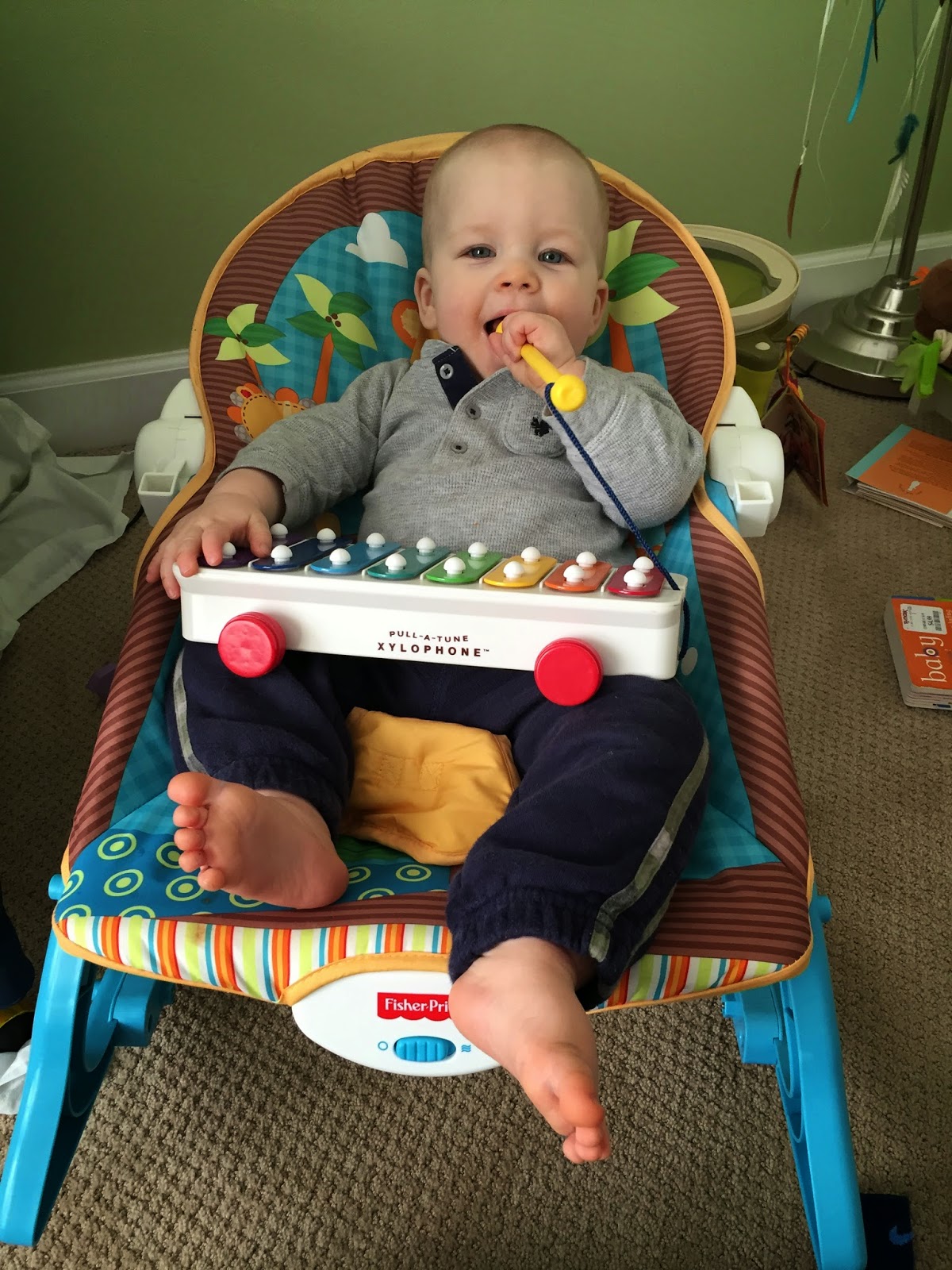 He's really interested in what happens behind toilets which means I've been aggressively cleaning bathrooms. 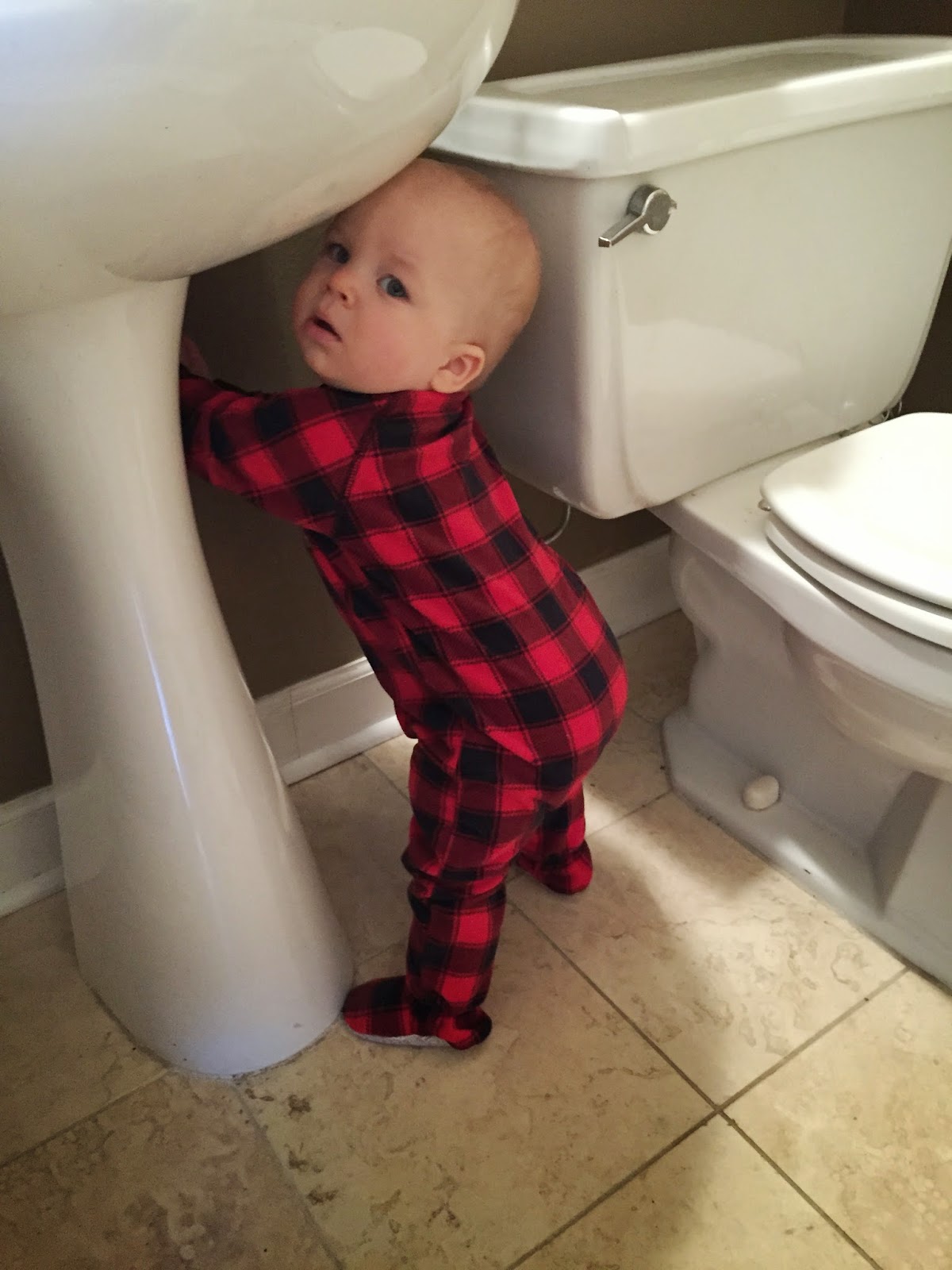 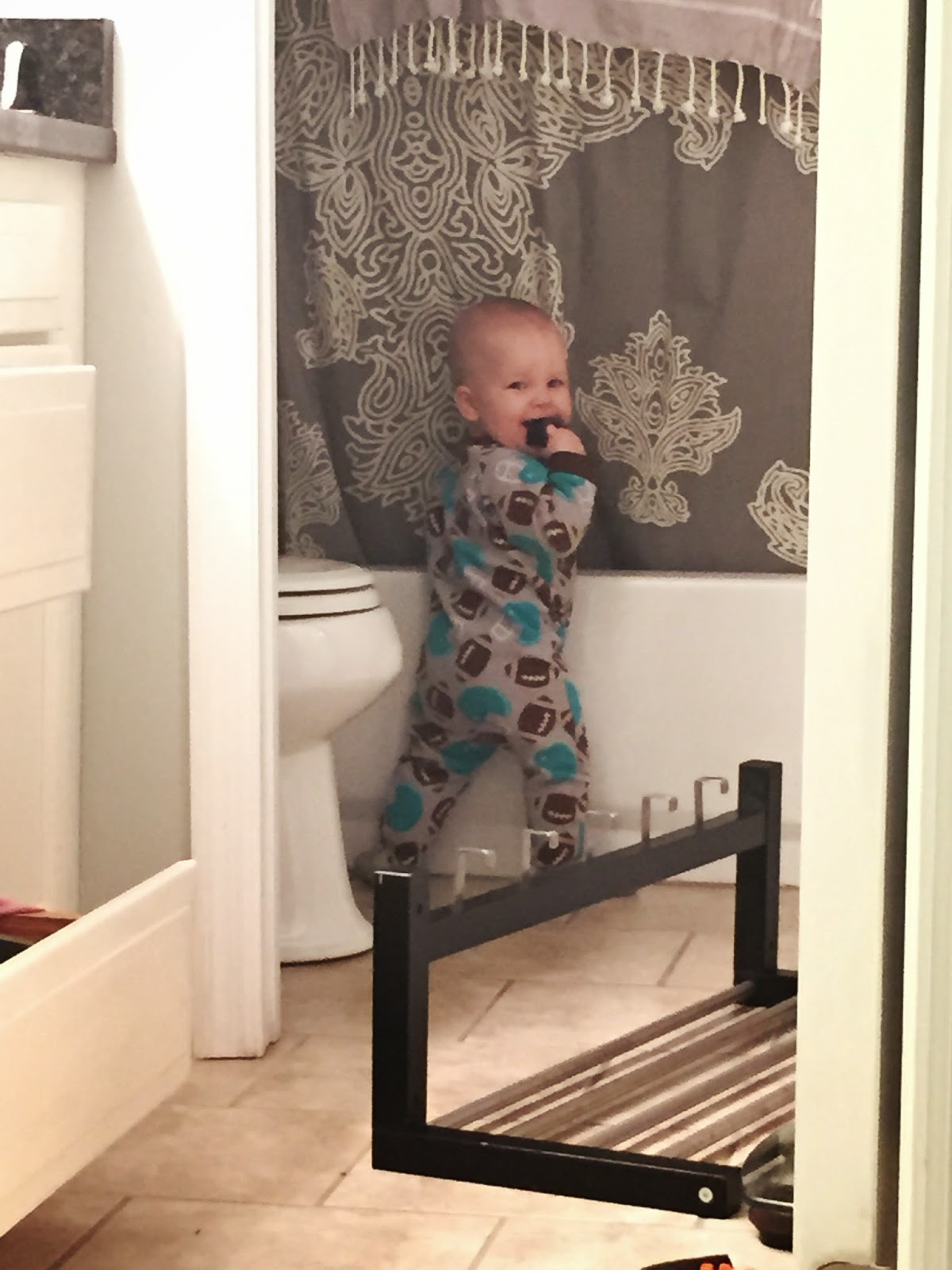 Ignore the shelf that still needs to be hung...

We're still waiting on those front two teeth - with fingers crossed they come through any day now. Until then, pray for us!