It took all weekend but we're officially moved into our new place!! Everyone in the family, including the dogs, loves it and we're so happy to be here!

The house was built in 1940 and is full of character and charm! It has had at least two additions over the years including a major renovation in 2013 by the previous owners. Ready for the grand tour? Here we go!

Just after you walk into the door, you'll find Easton's playroom to your right. This room is large and is south facing which gives it some of the best light in the house. 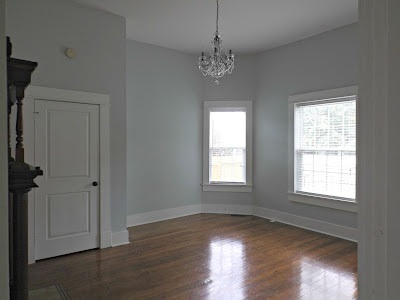 None of the fireplaces in the house are functioning but I still have fun plans for the interior of this fireplace. 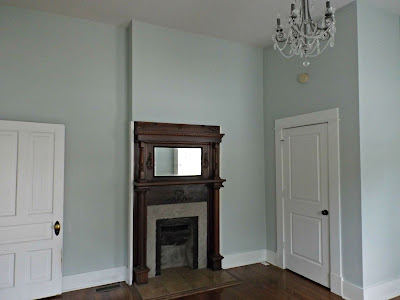 Across from the playroom is the office/guest room. It too has an original (capped off) fireplace but the detail work on the mantel is so beautiful that I'm glad it's still here. 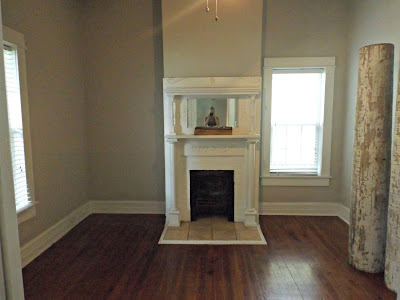 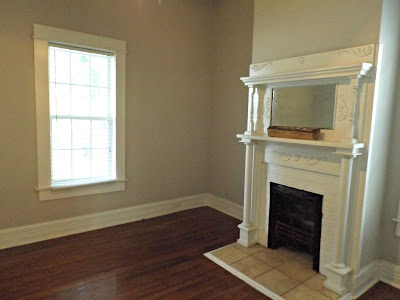 The office is connected to Easton's room by a Jack & Jill bath. It still has the original claw foot tub which is just heavenly for soaking in! 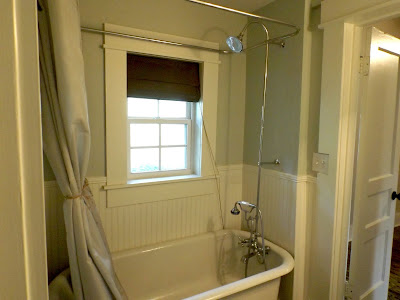 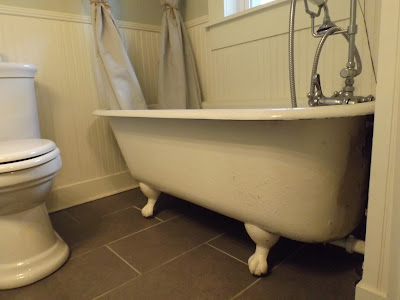 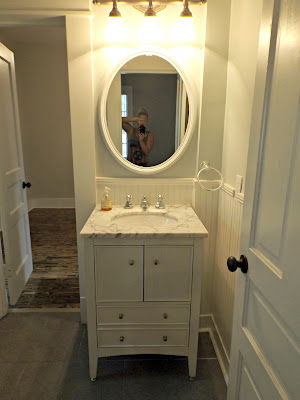 On the other side of the bath is East's room which is probably the smallest of the 4 bedrooms. We like that it's closest to our bedroom and since he doesn't need a lot of stuff in his room it works out fine. 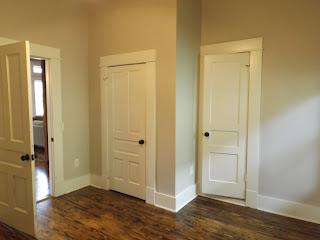 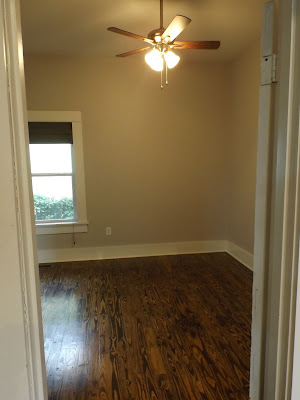 The living space is all one open room. The sellers opened up the ceilings all the way to the roof and reconstructed the support beams to this pretty design. We are obsessed with this space! The original 1940's hardwoods are all intact and in great condition! 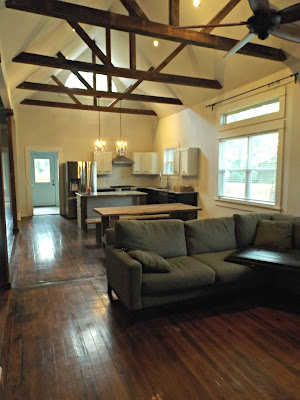 This dining set conveyed with the house and was actually built out of the studs that had been removed when they were opening up the walls. We've already swapped out one of the benches for two metal chairs and I'll be adding upholstered chairs at the ends for a more eclectic look. 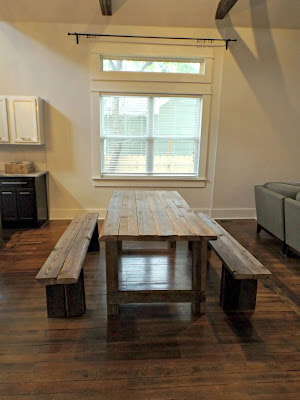 The kitchen comes with plenty of storage and updated appliances. I have some plans for adding some open shelving and swapping out some of the upper cabinets for taller versions, but that's all down the road. The island was wrapped in the original exterior siding and we'll probably tuck two barstools under the counter. 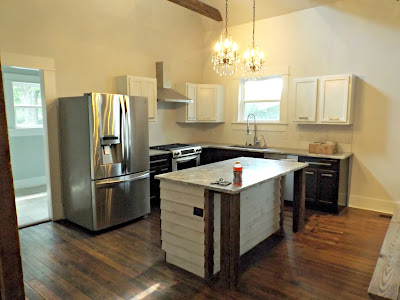 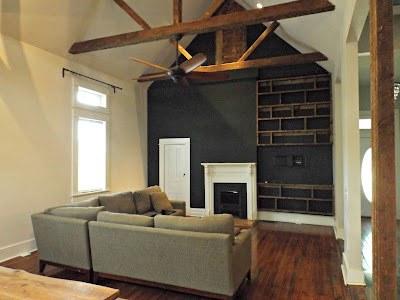 This is the view from the kitchen half into the living room. I know the black isn't for everyone but I LOVE it! I have been wanting to use black paint for some time and I love how it camouflages our big TV (not pictured). It also helps make this somewhat cavernous space feel more cozy. 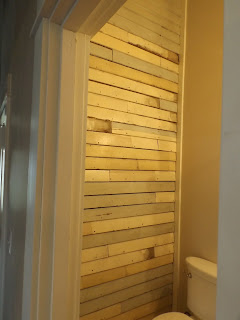 Off the living area is a half bath. The wall to the left used to be an exterior wall (the original exterior porch also runs through our living room). The paint is perfectly chippy (and lead free!). 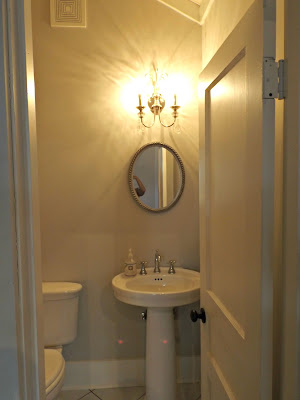 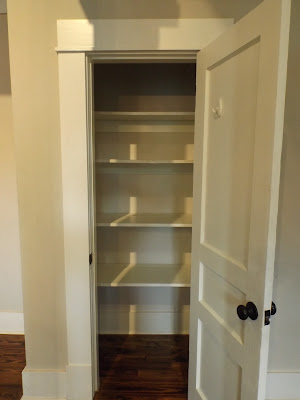 Towards the back of the house is the master. This room was added on by the sellers and it's nice that we have the character of an older home, with the modern luxuries like a large closet and updated bathroom. 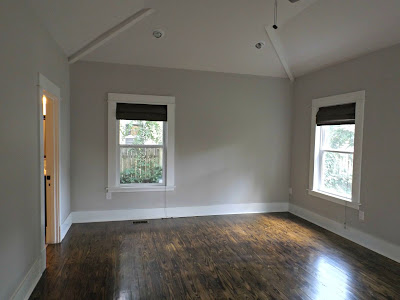 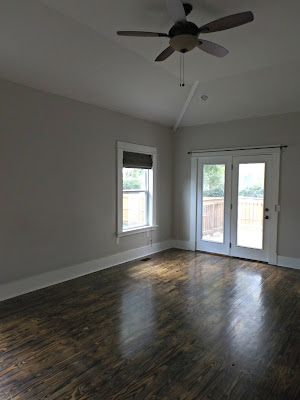 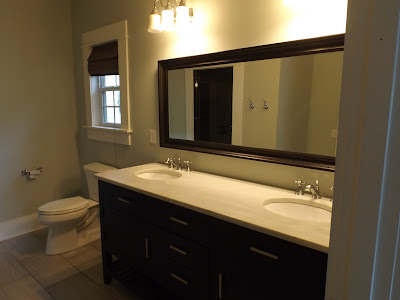 Ah. The shower. During our tour, this shower made me cry. Big ol' tears of joy! I know you're supposed to keep a poker face during these things, not let them know that you're interested, but this is a double headed steam shower. It is something I have talked about wanting to put in our DREAM house, not something I ever thought we would find in our first house! One of the previous owners had worked for an appliance company so they were able to put in all sorts of upgrades during the reno, this being one of them. And let me just tell you, it's heavenly. I'm completely ruined. I'll never be able to own a house without one of these bad boys again! 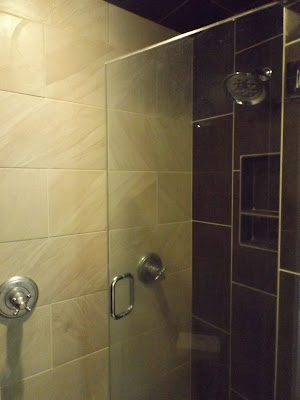 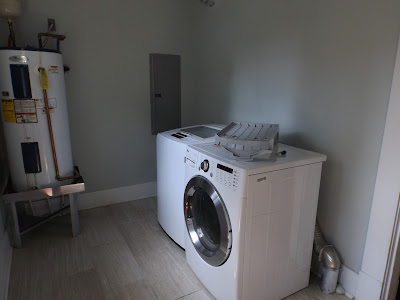 The last room in the house is the laundry room which leads out to the back deck. 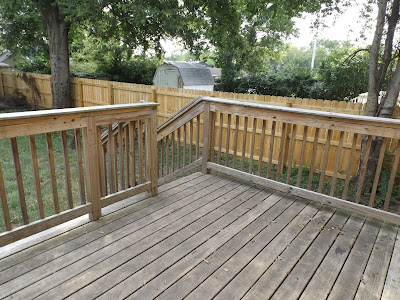 Which takes you to a pretty good sized fenced back yard. It has a little garden and plenty of space for a swing set for the baby. There's also lots of room for landscaping and I can't wait to get out there and get started! 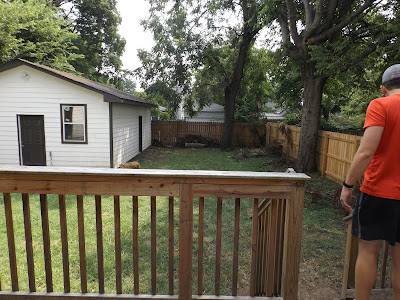 The front half of the garage is actually a walled off room that is probably 200 square feet. We're not sure what we're going to use it for - maybe Branch's office, a workout room, a game room? Right now, it's just storage 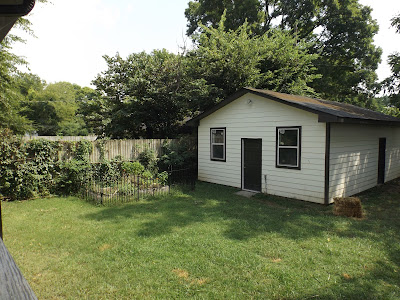 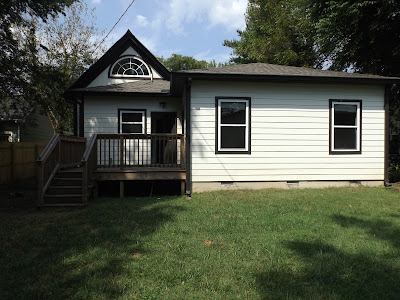 We feel so blessed to be able to call this sweet little house ours and can't wait to share the space with our friends and family!